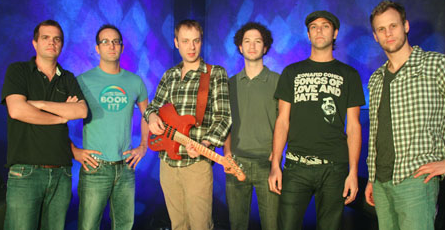 "Coors Light [email protected]" kicks off its 2011 season tonight with Umphrey's McGee. The band takes the stage at 6:30 p.m. (no opening act).

Since forming in the late '90s, the musically muscular and relentlessly inventive Umphrey's McGee has cultivated an impressive presence both live and in the studio. Lauded by critics and adored by fans, the band continues to draw in new listeners with its singular style: virtuoso playing and acrobatic tempo changes with rhythmic shifts complemented by dazzling song craft and composition, memorable hooks, authentic guitar lines and rock solid rhythms.

Now in its second decade, Umphrey's McGee continues to wow fans globally. The band has performed at U.S. festivals such as Bonnaroo, ROTHBURY, and Lollapalooza; toured Europe multiple times; and performed at Japan's Fuji Rock Festival.

Umphrey's McGee is also known for its innovative approach to distributing music and building community. With the recent unveiling of Umphrey's McGee's all-new "Stew Art Series" (aka "S2") - an interactive fan experience where audience members "conduct" the band's live improvisations - Umphrey's McGee continues to offer its fiercely loyal fan base the most innovative musical experiences available.

Before its latest studio recording, "Mantis," was released in January 2010, the group made the album available for pre-order in an interesting way. Fans were offered additional free bonus content the more "Mantis" pre-orders were received. Fans "unlocked" levels of content by getting more of their friends to pre-order the album. The idea was to give the fans incentive to help spread the word about the album, and to offer a totally unique music experience.

As Umphrey's McGee's sound evolves with every passing show, the live concerts sold on its expansive music archive site, www.UMLive.net, continue to be in high demand by its hungry fan base.