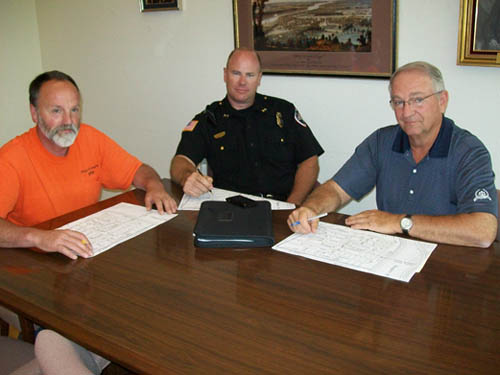 Village of Lewiston officials met Wednesday to discuss recent changes in municipal law. Parking is now limited on Tuesday nights so as to not obstruct private lots. Traffic will be redirected so as to better accommodate patrons exiting the "Tuesday in the Park" series at Artpark.

Patrons and onlookers can expect the following on Tuesdays:

•No parking on Fourth Street (Tuscarora-Oneida streets) after 3 p.m.

•One-way parking on most side streets.

•Two exit lanes on South Fourth Street after each concert. The left lane will direct traffic to River Road and then to Pletcher Road and the Robert Moses Parkway. The right lane will lead back to Center Street.

•A new Seneca Street exit ramp (to the parkway) for guests parking at the upper plateau.

Signs will be posted indicating which streets and lots are affected.