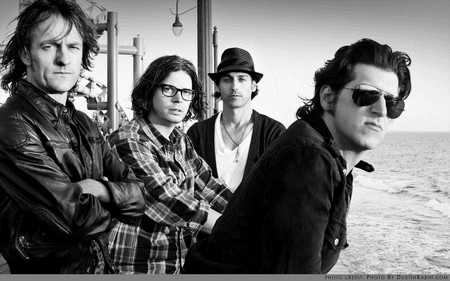 Year two of the Hard Rock Café's "Saturdays at the Falls" concert series will begin with a bang as Toronto's Our Lady Peace headlines a Canada Day weekend show July 2. The event begins with performances by a trio of top Western New York bands in Son of the Sun, Klear and Agent Me, and ends with fireworks, courtesy of the Seneca Niagara Casino & Hotel.

Seven international headliners will take the stage in 2011, including Sharon Jones & The Dap Kings on July 9, The Psychedelic Furs on July 16, Hawksley Workman on July 30, 54-40 on Aug. 6 and Blood, Sweat & Tears on Aug. 13. In addition, the Buffalo Philharmonic Orchestra will perform "The Song Remains the Same: The Music of Led Zeppelin" on July 23.

Taylor, who heads Empire State Concerts, described this summer's concert series as "much more diverse" than in year one. He said the Hard Rock schedule is "several notches" better than what was offered in 2010.

Overall, "I think it's a really strong lineup," Taylor said.

But it's the OLP show that promises to be Old Falls Street's biggest show. With a string of hit songs ("Clumsy," "Starseed," "Superman's Dead," "One Man Army," "Is Anybody Home," "Somewhere Out There," "All You Did Was Save My Life"), Raine Maida's band drew around 20,000 fans to the Molson Canal Concert Series in Lockport in 2009.

Taylor told Hard Rock execs. an OLP concert date would be "an absolutely massive success." Having the band perform at the foot of the U.S.-Canadian border, on a holiday weekend, he suggested, "It's going to be one of the largest crowds Niagara Falls has (ever) had.

"We're excited to be able to throw this summer-long party," Verni said.

All "Saturdays at the Falls" shows are free and begin at 6 p.m. Both VIP and front-of-stage ticket packages are available for purchase. Call 282-0007 for more information.

A portion of the concert series' proceeds will benefit Buffalo-based Music Is Art, and its educational and cultural initiatives.

"Saturdays at the Falls" Concert Lineup