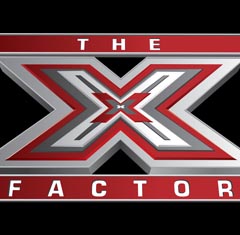 Throughout the month of April, anyone 12 years old or over - both solo artists and vocal groups - will have the opportunity to use the state-of-the-art studios to audio- and video-record their a cappella audition and state why they think they have what it takes to be a global superstar.

The unprecedented audition studios allow hopefuls the chance to audition for "The X Factor" if they aren't able to make it to the open auditions. "The X Factor" is the first singing competition show to utilize these state-of-the-art recording studios, giving more people the chance to become a global superstar and win a $5 million recording contract with Syco/Sony Music.

The hopefuls who record in MyStudios who are selected by producers to move forward in the competition will advance to the next round of callbacks and will be offered the opportunity to continue their audition, in person, in Dallas or another audition city as determined by the producers.

"These studios were brought to my attention some months ago, and we think they are brilliant way to audition for those people who haven't been able to make it to the cities," said Simon Cowell. "MyStudio has kindly let us use these high-tech studios for 'The X Factor' auditions, which record studio-quality sound and video to make the audition tape, and I'm very excited for anyone who decides to use these to audition."

Visit www.fox.com/theXfactor or call toll-free 855-345-5678 for eligibility requirements, the latest news on the audition studios and to sign up to receive audition information. All auditioners should go online to confirm eligibility and review "The X Factor"/MyStudio audition video submission terms and conditions.