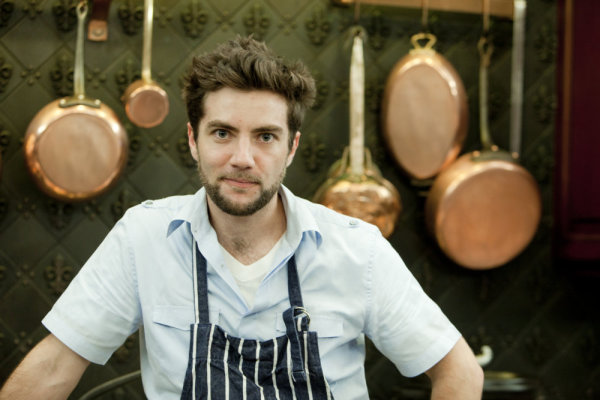 Aspiring chefs: To TV or not TV, that is the question

With the growing popularity of food television and its "foodie" followers, BTS asked Marcel Vigneron, chef and star of "Marcel's Quantum Kitchen," if it's essential for today's aspiring master chefs to appear on screen. Or, is it enough to just master the ins and outs of cooking?

"No I think that there - that's definitely enough, for sure," Vigneron says. "I think that there are several chefs out there right now that have just proven themselves inside of the kitchen and are just amazing chefs. I don't think that it's a necessity to go on television to be a successful chef."

But it doesn't hurt, either. Vigneron admits it helps to be on TV and garner name recognition.

"Well I think that it definitely helps, so to speak," he says. "And I think going on 'Top Chef' provided a great platform for me and led me to doing my own TV show, 'Marcel's Quantum Kitchen' (10 p.m. Tuesdays on Syfy).

"But at the same time, I've also been cooking for over a decade. (I've) worked for Joël Robuchon; I worked for Michael Mina in 2000, opening up The Bazarr by Jose Andres and working for all these amazing chefs; and (I have) cooked for over 10 years.

"And so I feel like that in and of itself is (enough). I mean the hospitality industry ... it's not easy. You definitely have to pay your dues. And I've been fortunate enough to have these opportunities. But I don't really - I wouldn't necessarily say it's a necessity. I think that food is hotter now than it's ever been."

Vigneron is grateful to those chefs who paved the way for today's food programs.

"I feel like people like Julia Child and celebrity chefs like Emeril Lagasse and Bobby Flay have really kind of, like, fortunately propelled the industry and had the opportunity to not only educate the public, but also kind of like spark this curiosity with the public about cooking and about food," he says. "And it makes people want to understand food a little bit more and where their food is coming from and who's making their food."

Enter to win a "Meet and Eat" with Marcel Vigneron!