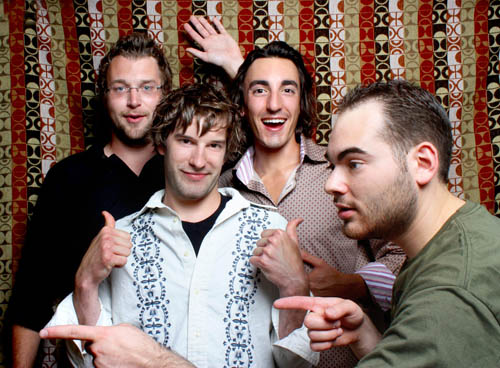 Fresh from taking Artpark's "Rock the Park" contest and a headlining slot at the venue this summer, Lewiston's Free Henry! was crowned winner of the Hard Rock Café Niagara Falls' Battle of the Bands on Thursday.

The band's video will be sent to the Hard Rock International corporate offices for final judging by a distinguished panel of judges. The top 10 bands from the participating North American cafes will be posted at HardRock.com on or around April 12 and the online voting portion will begin. The band with the most Internet votes will win a trip to Hard Rock Calling 2011 to perform along with international superstars Stevie Nicks, Rod Stewart and Bon Jovi.

Last year's Hard Rock Niagara Falls winners, More Than Me, went on to win the national contest and opened for Sir Paul McCartney. The café is looking for a repeat in 2011.