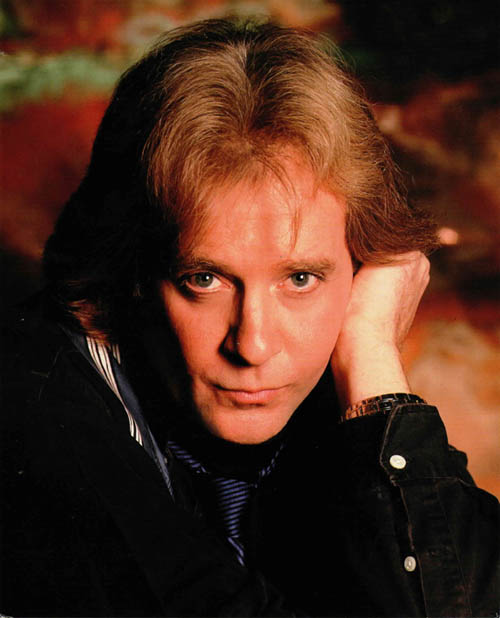 Out with friends, or on your couch, New Year's Eve is for you

If you're the gal looking to hang out with friends and listen to live music outside, or the guy intent on staying indoors with family (and Dick Clark or Nancy O'Dell on the TV), New Year's Eve has ample offerings for everyone this year. Whether you're into noisemakers and confetti, or cheese and crackers by the fireplace, event organizers have you covered.

•Lewiston is entering the New Year's Eve mix with its first ball drop (11 p.m.). Village Mayor Terry Collesano said Michael Elia and Sevenson Environmental Services have donated a crane, and Town of Lewiston Justice Hugh Gee has loaned a two-foot bedazzled ball, which will drop into Academy Park at midnight.

"It should be a good, festive event," Collesano said.

"This will be the first of an annual event, we hope," he added.

Town of Lewiston Supervisor Steve Reiter said, "I think it's a great idea. I'm glad they're doing some stuff."

•Already tired of winter? Want to pack your bags and leave tonight? Seneca Niagara Casino & Hotel has just the remedy.

"I think you're going to love the show," Money said. "We've been blessed with a lot of hits. We open up the set with 'Two Tickets to Paradise,' then we do 'Think I'm in Love,' and then we do 'I Wanna Go Back' and 'Trinidad,' which has always been a crowd pleaser. Then Jessica (Money's daughter) comes out and does two or three songs.

"We get really good reviews. Everybody seems to like the show."

Money is fresh off a Christmas tour - "I love Christmas; I think it's the best part of the year," he said. "I think it's the greatest holiday in the world." The New York City native, now based out west, is planning to spend some time with his family before heading back to Niagara Falls.

"This New Year's Eve is celebrated early, because I'm going back to New York to spend a couple of days with my wife and kids," Money said. "Then, actually, we're going to Nashville to spend some time with her parents. Then, we're probably going to say goodbye and celebrate New Year's on the 29th.

"Actually, on New Year's Eve I'm probably just going to blow a streamer out the window and go to bed! It's going to be great though."

"It's going to be a great holiday. I'm looking forward to it," he added.

Though Money will be away from his family on New Year's Eve, he doesn't mind spending the occasion with Western New York fans.

"That Buffalo and Niagara Falls - that's a party town, man," Money said. "People up there, they know how to rock and roll. I'm really looking forward to it."

The casino concerts begin at 8 and 11 p.m. For more information, or for tickets, visit http://www.senecaniagaracasino.com/entertainment.cfm.

•Across the street, the Hard Rock Café Niagara Falls hosts its second annual New Year's Eve guitar drop. At the stroke of midnight, fireworks and a 10-foot illuminated Gibson guitar will ring in the new year.

"We've got a lot of really great enhancements this year," said Sales and Marketing Manager Susan Swiatkowski. The guitar is newly painted and features additional lights and a new countdown clock. Moreover, the guitar drop, itself, is 120 feet, which is 30 feet higher than in 2009.

"We're hoping to make this a new tradition," Swiatkowski said.

Prior to Hard Rock's guitar drop, the restaurant welcomes Smash Mouth ("Walkin' on the Sun," "All Star"). The band will perform a free outdoor concert beginning at 8 p.m. on Old Falls Street.

"We're really excited to bring on Smash Mouth," Swiatkowski said. "They have an international appeal."

Local bands The Rockaz, DoDriver and Son of the Sun will open the all-ages concert.

Hard Rock is offering a heated VIP tent with a deluxe buffet, signature beverages, warm bathrooms and preferred access to the stage (tickets were gone as of press time, but check back with TicketWeb.com or call 282-0007).

For those looking to stay inside the restaurant (333 Prospect St.), Hard Rock has table reservations and music courtesy of eXit! from 10 p.m. until 2 a.m.

Tickets are available at Wegmans. For more information, call 635-4959 or visit www.firstnightbuffalo.org.

About 45,000 people are expected to attend the downtown Buffalo celebration.

New Year's Eve on Your Own Couch

•For those New Year's Eve at-home celebrators, FOX offers "New Year's Eve Live" from Las Vegas with host Nancy O'Dell, and performances by David Archuleta, Travie McCoy, Jabbawockeez and Plain White T's. Brandy will serve as a special correspondent and the network will premiere Mariah Carey's new "Auld Lang Syne" video, which is in support of her recent album, "Merry Christmas II You."

Recognizing her audience is split between those religiously watching New Year's Eve festivities on television and those who like this type of show as background while counting down with friends (perhaps out on the town), O'Dell has one goal for her viewers: "I think they're looking to be entertained and they want to feel good about what they're watching, and it's kind of like the Super Bowl," she said. "Everybody has Super Bowl parties around the Super Bowl. Everybody has New Year's Eve parties around New Year's Eve. So, it becomes a part of the festivity. Whether they're tuning in for 10 minutes here and then 10 minutes a little bit later, and then 10 minutes there, you just want to make sure that they're entertained.

"I think that that's going to be obviously done with this special, because David Archuleta wouldn't have gotten as far as he did had he not been extremely popular and everybody loved his music. The same thing with Travie McCoy; his 'Billionaire' song, everybody is loving that right now. ... It's just making it special and different, and the fact that it's in Vegas. Everybody loves a spectacle in Vegas. So I think (this) show is pretty much formatted that way. And knowing that people may be watching for 10 minutes and then come back 10 minutes later and then watch another 10 minutes, it's formatted so that it's entertaining all the way through, and that you don't have to watch from beginning to end to be able to enjoy it. You can have it on while you're celebrating at your party, as well."

O'Dell is set to host "Your OWN Show: Oprah's Search For The Next TV Star," debuting Friday, Jan. 7, 2011, on The Oprah Winfrey Network. She'll also take over as anchor of "Entertainment Tonight" when Mary Hart retires next year.

•Across the dial, NBC's "New Year's Eve with Carson Daly" (10-11 p.m., 11:30 p.m.-12:30 a.m.) features New York City performances by Lil Wayne, Nicki Minaj and My Chemical Romance; correspondence from "Today Show" contributors Natalie Morales and Amy Robach; and an interview with U2's Bono and The Edge, who contributed music and lyrics to Broadway's "Spider-Man: Turn Off the Dark." MTV's "New Year's Bash" (10:30 p.m.) has Flo Rida, a handful of comedians, and "Jersey Shore" star Snooki Polizzi inside a ball that will descend into Seaside Heights, N.J., as midnight approaches.