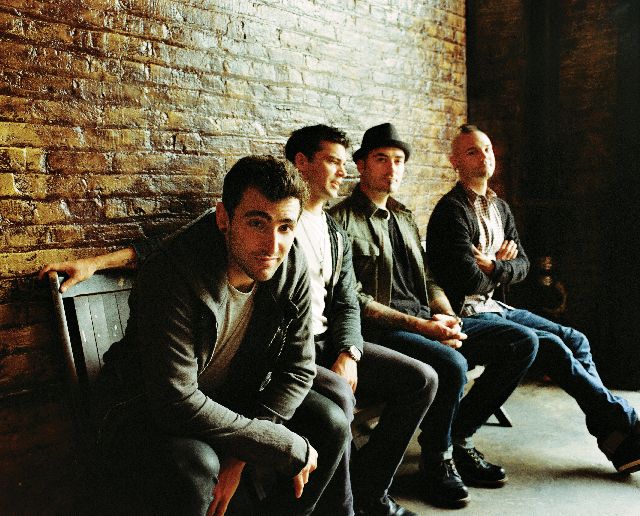 With three successful albums and a performance at the Vancouver 2010 Olympics, Jacob Hoggard has come a long way since placing third on season 2 of "Canadian Idol."

Now front man of the Canadian band Hedley, Hoggard will make his way to the Town Ballroom in Buffalo on Friday, Oct. 8. Hedley is currently touring across the U.S., performing in big name cities such as New York, Las Vegas and Los Angeles, to name a few.

"I don't know what to expect," says Hoggard.

"America's like that big final mark. Once you get there you can get anywhere," he says.

The band is hoping to eventually expand outside of North America.

"I want to hear Japanese people say ‘Hedley'," says Hoggard with a chuckle.

Hedley's latest single, "Perfect," is an "apology song," according to Hoggard.

Although he likes to come up with songs people can identify with, he says "Perfect" is an example of him drawing from his own "real, raw experience."

"The Show Must Go" is Hedley's current album. Hoggard describes it as a "dynamic record" that is "very colorful."

The album title is a result of Hoggard's goal to "remember there is a difference between my life and my life on stage."

"You can start to be become a performer in all aspects of your life," he says.

Hoggard says "The Show Must Go" gives the band the "liberty of using the types of styles that might not have worked on the first record."

Hedley's self-titled debut album was very much along a specific line.

"From there we started to elaborate dynamically," says Hoggard.

Despite what Hedley's website says, Hoggard says the band is not "pop-punk." He likes to describe the band as having a "pop-urban dynamic."

The band wants to try and make a metal record, which would be very different than its other popular albums.

"It would be side-project style," says Hoggard.

He also hinted at the possibility of an acoustic record as well.

"These require some true musicianship and the ability to perform," he says.

For a band that's already come this far since it's debut album in 2005, it seems this won't be a problem.