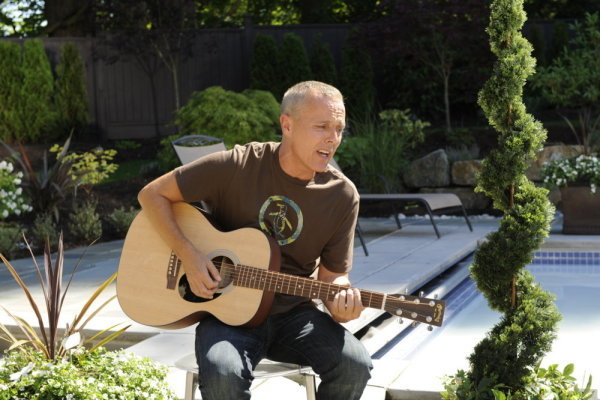 "We did this show in Los Angeles, and somehow James Roday and (writer) Tim (Meltreger) managed to weasel their way backstage -- I have no idea who they bribed," Smith said jokingly. "And James being the slobbering fanboy that he is, managed to persuade me to go up (to Vancouver) to do a show.

"He said, ‘Would you come and do an episode with us? You can play yourself.'  And I felt, ‘You know what? I think I'm a good enough actor to play myself.' And so I went up and filmed there in Vancouver. I actually did a performance with them at Comic-Con, as well, which was very short, but was amusing."

Smith, who was initially a little leery about speaking on camera, said his "Psych" experience was a blast.

"It was fun to do," he said. "I don't claim to be an actor in any stretch of the imagination, but you know what's nice about the TV show -- what I discovered -- is that, obviously, you never know what actors are going to be like ... because they're actors. You only know the characters they play. But, pretty much, what you see on the TV show is what you get in real life.

"They were a joy. It's like being at a frat party."

In addition to acting on "Psych," Smith redid a version of the show's theme song.

"Taking cues from James, primarily, I made it as retro as I possibly could with some humor," Smith said. "So, basically what we get is the visuals of the, you know, the closing credits and everything, which the theme song goes over, and then we play with that.

"So, rhythmically, you've got to match that so that it all kind of fits in and there's an explosion and different things. So, basically it was a mixture of going back to very old synthesizers and adding some humor to that, as well. ... It was actually a really enjoyable experience, I have to say."