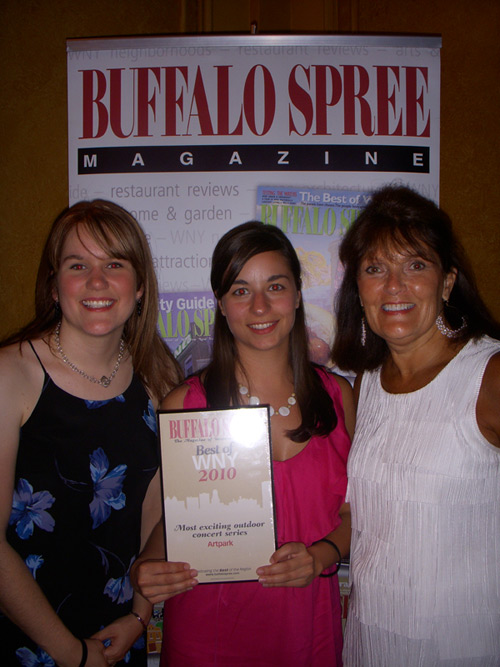 You can catch WNY's "Most Exciting Outdoor Concert Series" every Tuesday in Artpark's Amphitheater, overlooking the Niagara River Gorge. The "First Niagara presents Tuesday in the Park" series is currently under way and The "Coors Light Wednesdays" series begins July 14 with Matthew Good & his band.

All of Artpark's outdoor performances are free to the public and begin at 6:30 p.m. Food and beverages are prohibited; on-site parking is $10.