At Tuesday's Village of Lewiston Board meeting, trustees received a water rate analysis from engineer Richard San Giacomo. He addressed a proposal from the Town of Lewiston to assume control of the village's water lines, and outlined what it would cost village residents if that proposal was accepted.

These are the slides he presented to the board and the audience: 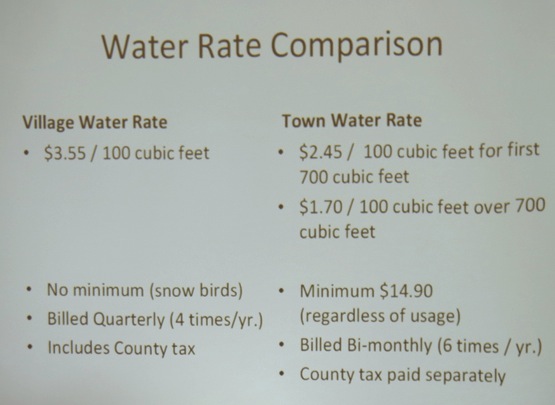 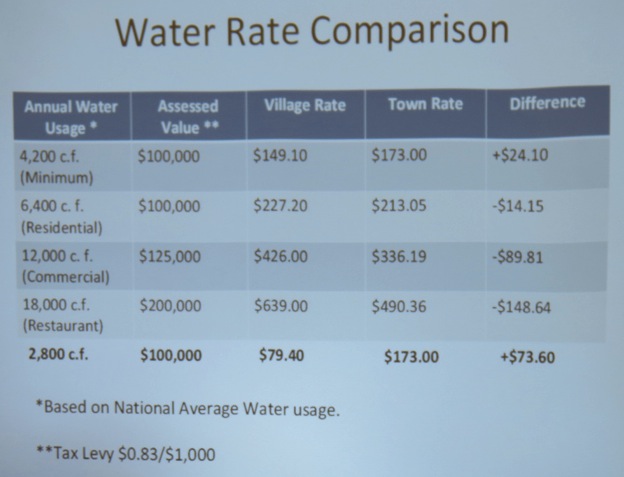 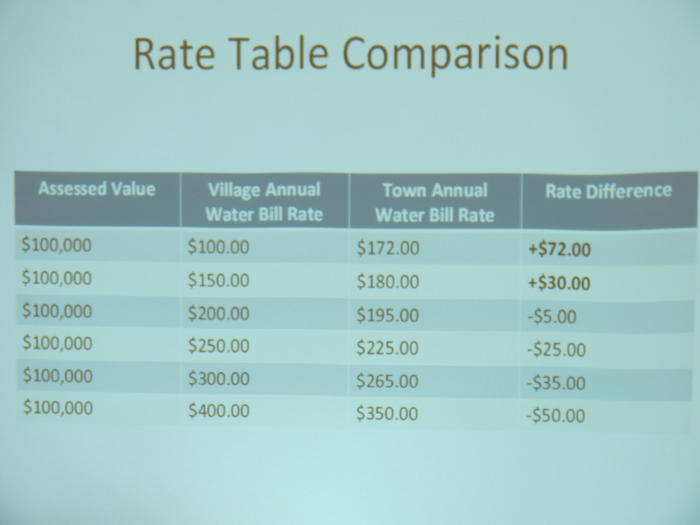 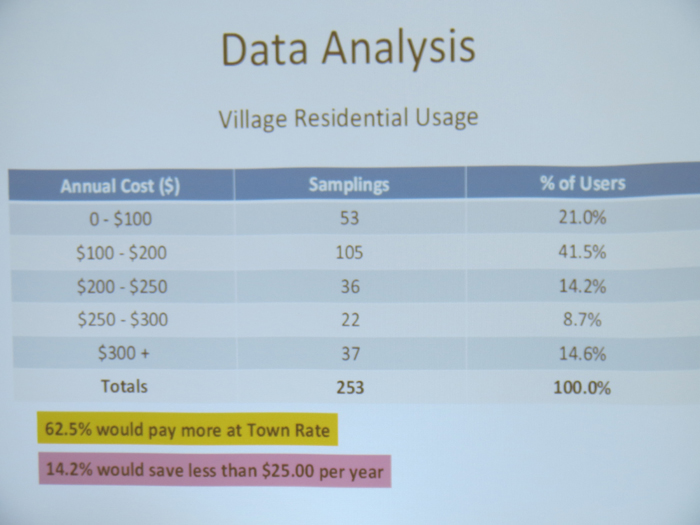 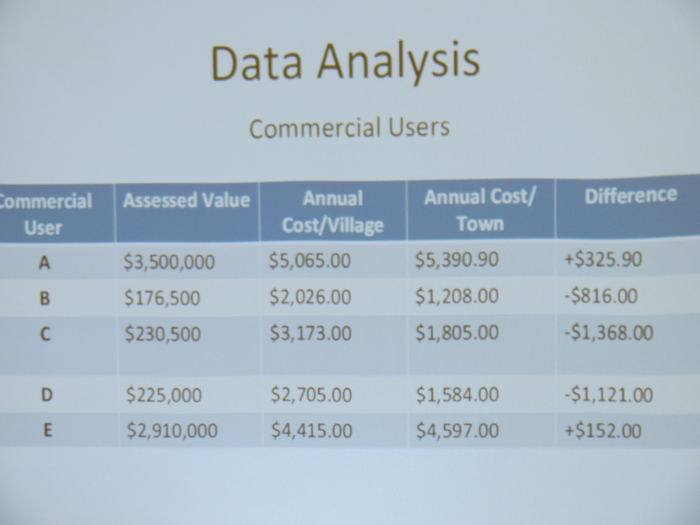 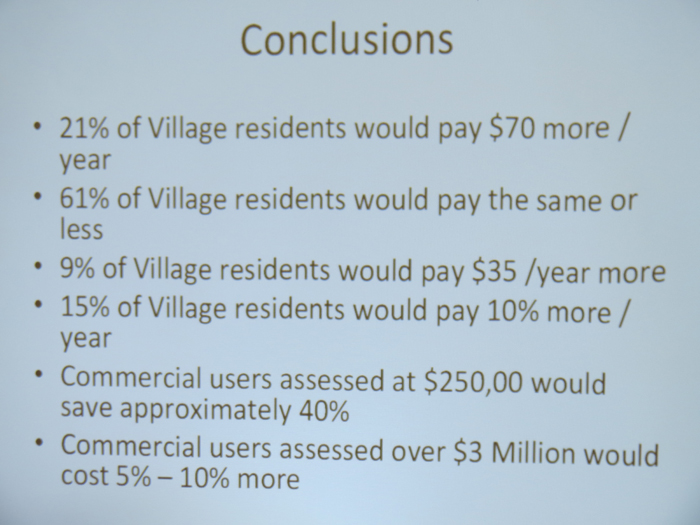 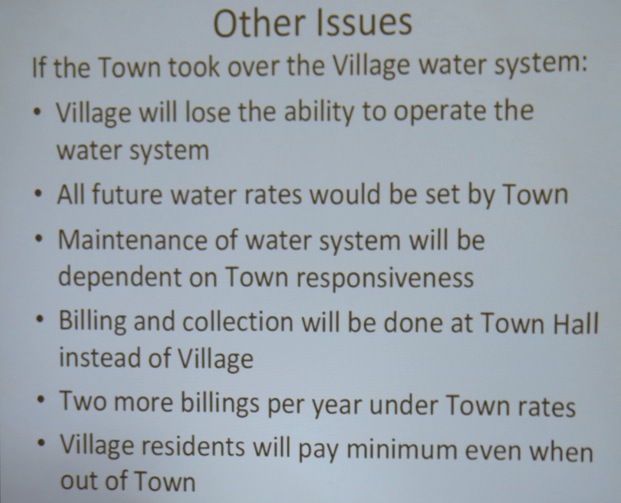 San Giacomo took a sampling of resident bills to build his figures. He said the numbers represent about 25 percent of village taxpayers.

Town of Lewiston Supervisor Steve Reiter called the Sentinel following this meeting and said these numbers are not accurate. He also floated the idea of providing a $20 discount or credit which, for example, would offset a "snowbird's" water bill.

San Giacomo disputed that claim, but did agree - as did the trustees - that village residents pay too much in sewer fees. He said part of the extra cost stems from problems with inflow and infiltration. In 2006, the village used 80 percent more than its budgeted water usage. That number was brought back in line by 2011 (thanks to patches and repairs), but rose again in 2012.

Deputy Mayor Bruce Sutherland said the village did not receive anticipated New York Power Authority relicensing money from the Town of Lewiston last year and, as a result, could not move forward with planned sewer line repairs.

Trustees said the town has made no offer to take over the sewer system.

They cautioned village residents that, in agreeing to the town's water offer, they would have to give up one Department of Public Works employee (who would then go and work in the water treatment facility), and possibly one person in the mayor's office. Moreover, village residents with water leaks or other problems would not be serviced by the neighborhood DPW, but by the town's workers, instead.

"Is it worth the $5 a month if we give up control?" Trustee Vic Eydt asked.

Eydt said it would take a referendum to transfer control over to the town.

He said the Village Board is taking steps to lower the water/sewer bills, but that it's a "very involved process."

Trustees were set to hold a joint meeting with the Town of Lewiston on Monday, Jan. 28. That session was postponed, however, as Mayor Terry Collesano continues to recover from a recent minor surgery.