It was the best episode of "The Voice."

When Team Adam battled Team Shakira in the "Knockouts," it was the Super Bowl-Academy Awards-Indy 500 of vocal competition shows.

Never before had so many top artists appeared in one episode. No less than 16 acts with a legitimate shot at winning "The Voice" competed head-to-head for a chance to advance to the live shows, which begin tonight (8 p.m., NBC). 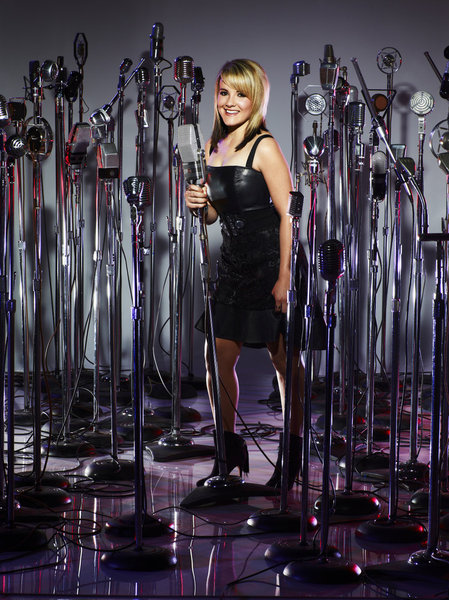 "Amber ... every day we see you continue to blow us away, and that's very exciting," Adam said following her performance. A little later, he added, "Amber astonished everybody. I think she's one of the favorites now."

Twice this season, Adam has paired Amber against a "four-chair" act. In the "Battle Rounds," he pitted her against Sasha Allen, who netted "I Want You" proposals from all four coaches in her blind audition. Then, in the "Knockouts," Adam sent Amber off to face Midas Whale.

"I think it's really scary going up against people that I know got four chair turns, but it makes me work harder," Amber said Tuesday. "You know, being here with Sasha, I learned a lot because she was so great, you know? And I think it's just - it's really boosted my confidence. I feel like a totally new person.

"And it's really cool to have your coach believe in you that much to pair you with those people and actually choose you. It means the world to me." 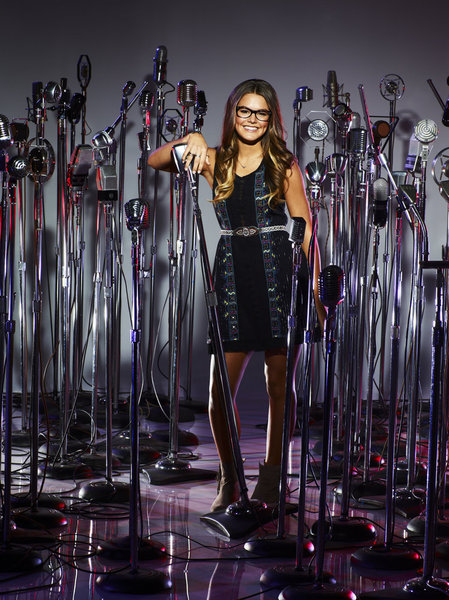 "Caroline, you always impress me," Adam said. "Your voice has this really magical quality."

Prior to "The Voice," Caroline's largest audience was a 30-seat coffeehouse. Despite that, she has shown she can aptly perform (and compete) on the biggest of stages. Going into the live rounds, "I think probably my strategy is just to kinda be myself and own who I am as an artist, and really just be confident in my performance and try not to get intimidated by all the talent around me," she said. 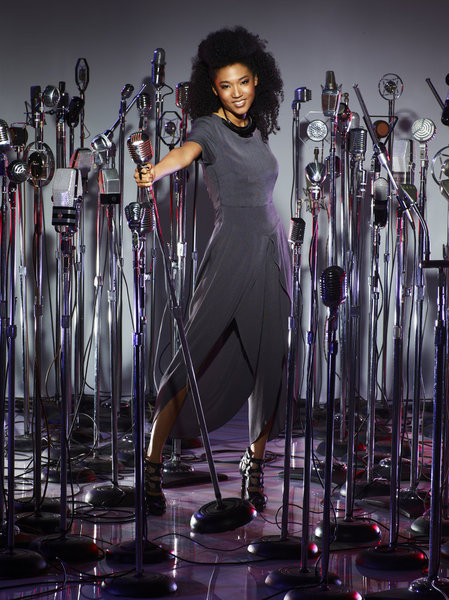 Adam next paired Judith Hill ("Always on My Mind"), a one-time background singer for Michael Jackson, with Berklee College of Music grad Orlando Dixon ("All My Life"). Judith's sultry, soulful nod to Willie Nelson's Grammy-winning rendition enabled her to win the round.

"Judith, the song choice that you made was brilliant," Adam said. "It juxtaposes who you are as an artist. It's very much the not obvious choice. And it's a pretty stellar, pretty incredible move. So, that was amazing."

Though Judith is a seasoned professional, she has welcomed Adam's feedback.

"Well, yeah, the show's really stretching me in so many ways. (It's) important to take more risks with my voice," she said. "Especially like singing 'It's a Man's World' (in the 'Battle Rounds'), that was really challenging for me to really dig in more. And Adam is a great coach in that way where he's like - he pushes you to really go further. And so I've been really growing a lot." 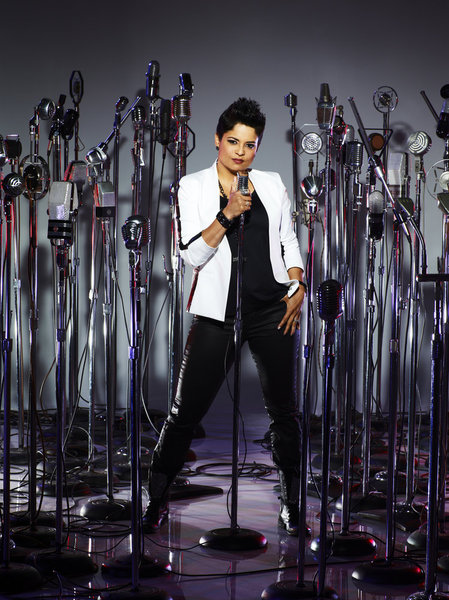 "Karina, I think that there is so much more to your voice than only rock," Shakira said, later adding, "I believe in your enormous potential."

Karina, a music teacher, has been quick to listen to coaches Adam and Shakira.

"Oh, for me, you know, the beauty about getting 'stolen' is I got to work with Adam, you know, and now Shakira. And each coach has a very different approach," she said. "I know Shakira has been extremely hands-on. And now that, you know, for the 'Knockout,' we had our own individual time with our coaches, she's definitely very invested, and she definitely wants to see us succeed.

"And so, the same way I teach my kids is the same way that, you know, I'm kind of a student now with my coach. And so anything they say I, you know, I try to apply it as best as I can with all my performances. And so it's just - it's been an incredible ride, and I'm learning so much about myself as I go. So, yeah, it's pretty incredible." 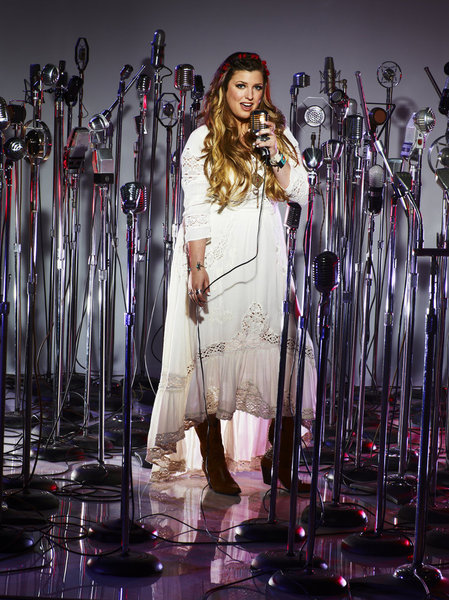 "Sarah, you wear your heart out there every single time you perform. It's a beautiful thing to watch," Adam said, noting there was a "certain type of perfection" to her performance.

Since her blind audition, all four coaches have raved about Sarah's talent. When the live rounds begin, she'll need the voting audience to feel the same way. To do that, "I believe I just need to continue to just be myself, and just release my mind, and just keep going - pushing everything and everything with my heart," Sarah said. 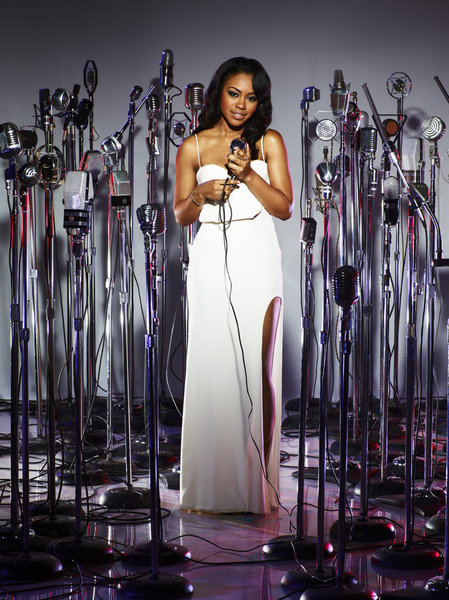 "Sasha, you gave me goosebumps, twice, tonight," Shakira said. "It was shining."

After getting four chair turns in the blind audition, Sasha lost her "Battle Round" duet with Amber. She was "stolen" by Shakira, and returned to the competition with a vengeance.

"I guess - I mean, it sucks to lose," she said. "And so, you know, for the next time, you want to do your best. I think it's - it was a little nicer that we got to choose our own songs - songs that we were really comfortable with. You know, songs that we felt really good singing. And I think that that is what helps shine through. You know, you're really happy with what you have. And so, you can really sing at your best, because you chose it."

The "Knockout" round allows singers on each of the four teams to prepare a song of their choosing. Each performer is randomly paired with a teammate, and the act that does the best job (coach's choice) wins, advancing to the live playoffs. It's a win-or-go-home format with no steal or second chance for the losing act.

These artists will look to top their "Knockout" performances when they compete in the live rounds. "The Voice" airs this week on Monday, Tuesday and Wednesday at 8 p.m. on NBC. Visit the show's website at www.nbc.com/thevoice.