Photos of The Band Perry at Darien Lake 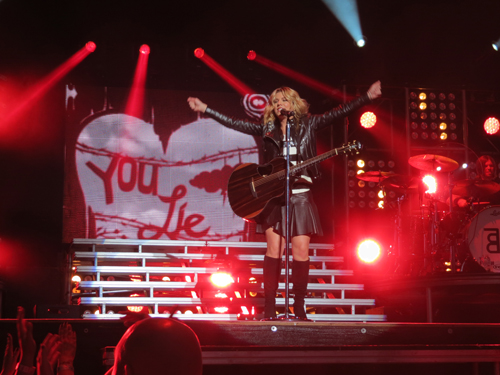 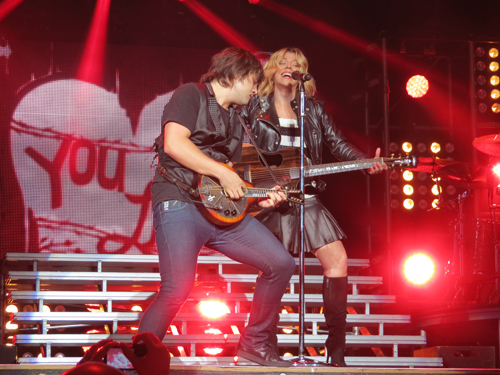 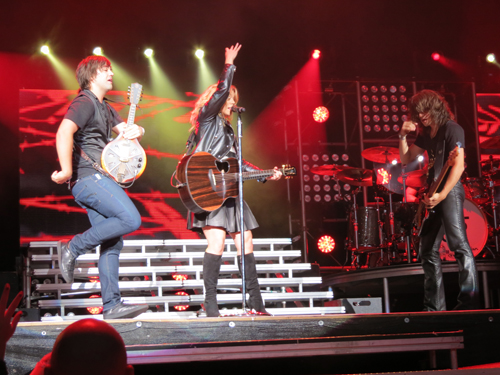 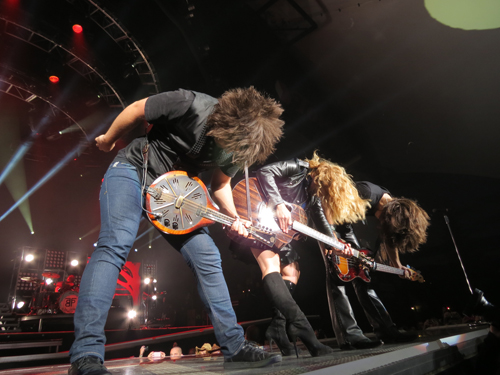 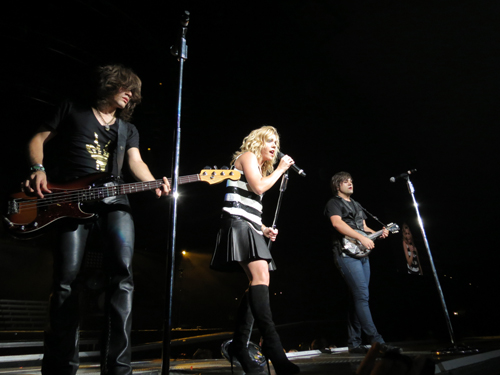 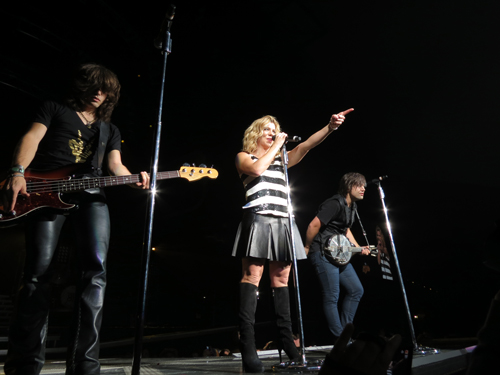 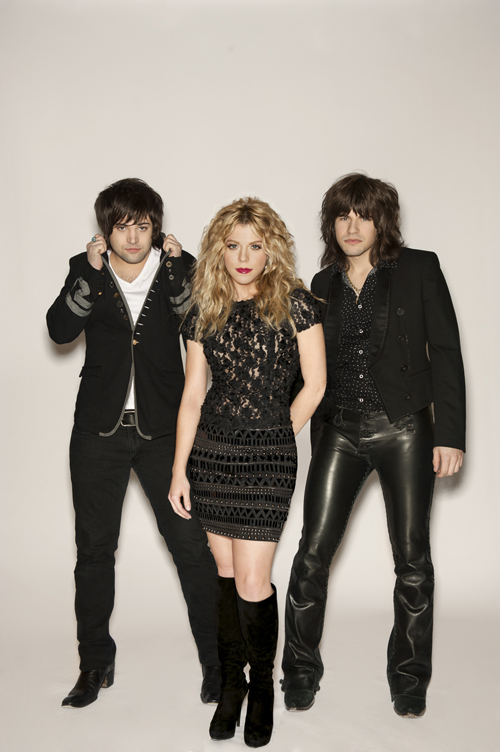 Interview: Music is the mission for The Band Perry

They are nomads and they are trailblazers.

They are explorers and they are pioneers.

They are The Band Perry, and their mission is clear.

"It's about marching forward and making noise," Reid Perry says.

It is, as The Band Perry sings, taking inspiration and the spirit of those who came before, and spreading the message - in this case, country music - to the world.

It is, as Kimberly Perry says, "about being country music evangelists and ambassadors, and really trying to plant that flag of modern-day country."

Similarly, The Band Perry has restlessly traversed the country in search of new places to spread their music, country music, to those who'd never give it a second thought.

"Here in The Band Perry, we literally just take each day as it comes," Reid says. "They'll be some days we'll wake up and literally not even know what state we're in."

Like the pioneers of old, The Band Perry is always on the move. But unlike those first settlers, they don't travel by covered wagon, but by tour bus. And they don't use pickaxes or six-shooters. Rather, they use guitars, drums, violins and banjos to create music that, while once limited to campfires, is now broadcast to the masses.

The Band Perry has utilized the airwaves to promote their second album, the aptly titled "Pioneer," as well as country music. The Perry siblings have appeared everywhere from "American Idol" to "Good Morning America."

"As far as this past summer, we were bouncing around ... from coast to coast. A lot of flying. But some of those TV opportunities were really great," Reid says. "The 'American Idol' one was really fun - getting to play the finale with that. But we just did 'Good Morning America' a couple of weeks ago, and I think our wake-up call was like 2 a.m. or something like that. It is definitely long days."

"Television is very different from other sorts of performances," Kimberly says. "I think that we love all of it. Any time that we have an opportunity to spread the word about 'Pioneer' and these songs that we put so much of our hearts into writing and recording, any time we have the opportunity to put that on the big stage, we love to take it."

Performing is, of course, The Band Perry's gold rush.

"Our home away from home is our tour bus. So, as long as we're in it - it can be parked pretty much anywhere - we feel at home.

"It has been a lot of work, but performing for us is sort of like reset. It makes all the long hours in the day worth it for that couple of hours on stage."

"It's funny," Neil Perry says, "every time we go home, when we're there for more than two days, you see us kind of get itchy and ready to go back out on the road and play shows, even though we've been out for a week straight the week before.

"It is our first love when it comes to music."

"Performing is what we love most," Reid says. "It's where we feel most at home.

"We wear our hearts on our sleeves and kind of leave it all out on the stage."

It's for that reason non-country fans give The Band Perry a second look. And it's because of the trio's ability to write and perform songs that appeal to pop and rock fans that country music is spreading to places it's never been before (not just towns and arenas, but car radios and iPods, too).

"You know, we do have a lot of folks come up and tell us that," Kimberly says. "I think that, these days, the country format, it's really more about it being American music. Within the confines of country, you've got pop-country, certainly still some traditional sounds. We like to bring a little bit of a brand of a rock 'n' roll spin to that, as well. You know, rock 'n' roll and country and blues were all cross-pollenated somewhere down the line."

"I've seen online, a lot of times, people mentioning the artists that they love. And you'll see these heavy metal acts; these really pop acts; and then you'll see The Band Perry thrown in there," Neil says. "And that's really amazing for us to see."

In a few weeks, The Band Perry will embark upon their most ambitious trek yet: a headlining "We Are Pioneers" world tour.

"It's pretty special, because we're actually starting the tour over in Sweden," Reid says. "We're going to be over in Europe for about a month and playing, honestly, a bunch of different places that we've never played in - that country music really has never been to, or very few times before."

Before they head overseas, The Band Perry will conclude a tour with Rascal Flatts and "The Voice" season three winner, Cassadee Pope. One of the final summer stops is Darien Lake, where the three acts will perform Saturday night.

"You guys absolutely know how to listen to, dance along to, and sing along with country music," Kimberly says. "We always love our shows up in Buffalo.

In other words, it's a perfect time of year to be a pioneer. 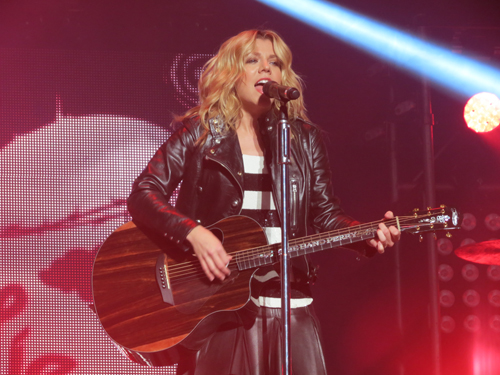 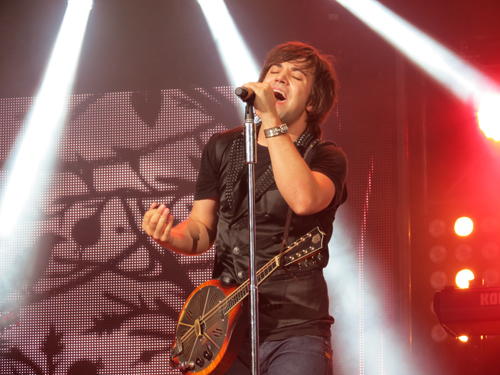 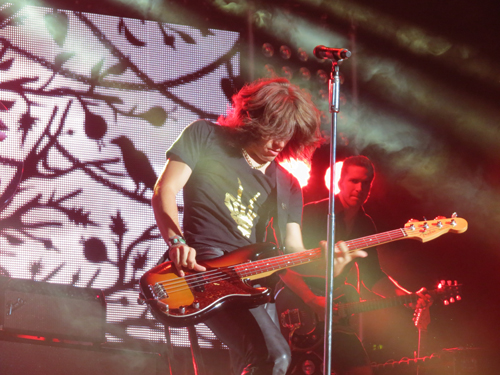 >>Visit our photo gallery for pictures of Rascal Flatts and Cassadee Pope ... and even more of The Band Perry