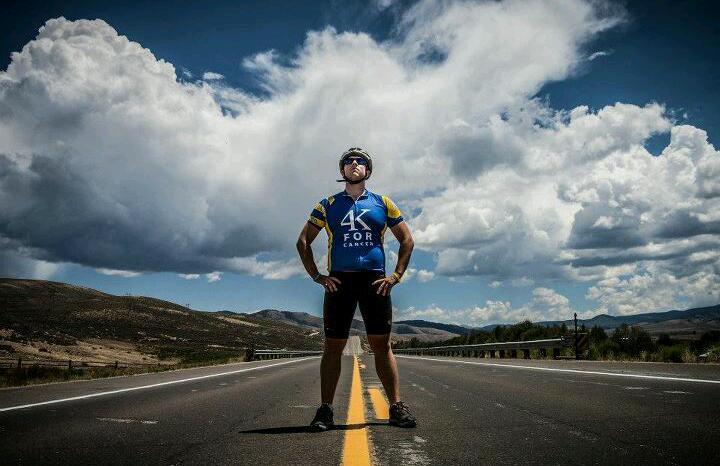 Niagara University Senior Vince Schiano knows cancer all too well. His experience with a family member's diagnosis sparked him to lend a helping hand to patients, not only on his two feet, but on a bike, as well.

After his aunt was diagnosed with breast cancer, Schiano decided to act in a positive way. "My Aunt Donna was diagnosed with breast cancer and, coming from a close-knit Italian family, it struck us extremely hard. Knowing that there was nothing I could do in the moment to help her since being a young teenager, I tried to figure out what I could do to help her out. Nothing seemed to fulfill my desire to help, until I found out about the Ulman Cancer Fund and the 4K for Cancer."

Schiano was made aware of the Ulman Cancer Fund which is a non -profit organization that works to bring support (not research) to young adults facing cancer or already have cancer. He was also made aware of a once in a lifetime opportunity known as 4K for Cancer, where young adults between the ages of 18-25 ride from Baltimore to San Francisco on bike to raise money and awareness for cancer. "I heard about the Ulman Cancer Fund and the 4K for Cancer when my fraternity brother from a different university passed through my hometown on a cross country bike trip from Baltimore to Seattle. After asking him details on the trip, including motivation to ride, the cause itself, and other details, I decided that this was something I wanted to do."

After months of training and preparation, Schiano made his journey across the nation. "The experience was unlike any other. Each day we biked between anywhere from 45 miles to 130 miles with breaks every 15-20 miles. I climbed mountains I never thought I could, and I pressed myself pass my perceived limits. When you're biking for cancer, you remember that your pain is nothing compared to the pain someone with cancer goes through. We traveled through 12 states and biked over 4,000 miles. We also volunteered at cancer centers along the way as well as offered our time to visit with different patients to hear their story." Not only did Schiano learn about cancer and the victims it affects, he also learned one thing in particular from his ride. "One of the most important things I have learned is how to properly hydrate your body."

Schiano currently serves as the PR coordinator for another bike trip through the Ulman Cancer Fund, where young adults ride from Baltimore to the Key West. He is continuing his ongoing efforts to raise funds and help others that have been affected by cancer, this time in a much different way than before. Schiano's efforts have not gone unnoticed to students and faculty on the NU campus. Rachel Dyster, one of Schiano's peers said   "Vince Schiano certainly took Niagara's mantra to heart when trying to make a difference in other lives. He is a charismatic and sincere person who became passionate in living out the word of The Lord and entering a 4k to fight cancer. He has been an immense inspiration to me, as well as many other students and faculty member on campus at Niagara."

"In addition to the PR work, I am also raising money on Niagara University's campus, namely with a milestone event on April 24th. It is our first ever head shaving event where 100% of the funds raised will go toward the Ulman Cancer Fund for Young Adults in order to help Young Adults with cancer through their treatment process."

Anyone wishing to make a donation toward the Ulman Cancer Fund for Young Adults can do so by donating at the fundraising site on campus, or can arrange a donation by emailing Vince Schiano at [email protected]. 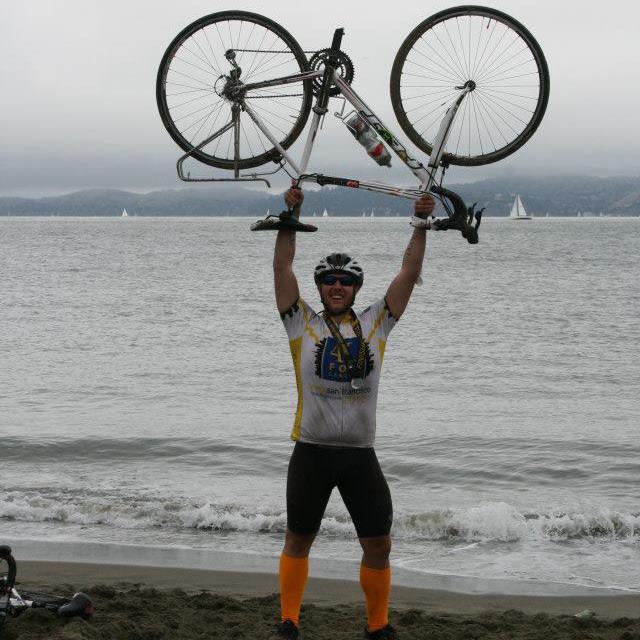