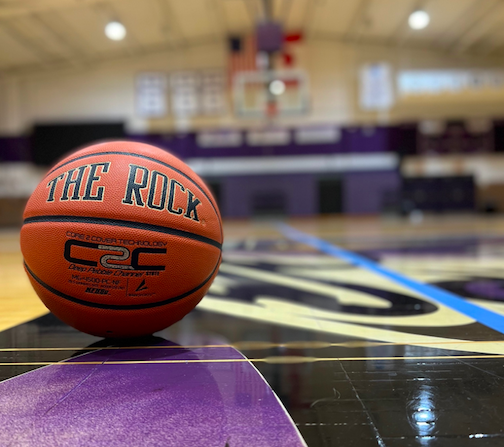 A basketball in the Gallagher Center at Niagara University.

Katie Meyer: How her death spotlights the issue of mental health within college athletics

November 24, 2022, the family of the late Katie Meyer, Stanford soccer star who passed away last spring, has filed a wrongful death lawsuit against Stanford University. Claiming that the University sent her a disciplinary letter that the lawsuit claims contained “threatening language” causing her “to suffer an acute stress reaction that impulsively led to her suicide” stated CNN.

The letter was in response to an incident in August 2021, where Meyer allegedly spilled coffee on a Stanford football player who allegedly sexually assaulted one of her teammates.

The letter threatened Meyer’s potential removal from the university as well as implementing other sanctions including Meyer’s diploma being put on hold months shy of her graduation.

Meyer’s family reported that she was having much anxiety leading up to the sending of the letter. Stanford denies having any responsibility for Meyer’s death.

This is just the latest update in the story of Katie Meyer, who’s death sparked much conversation around the country about athletes and mental health.

A Tragedy That Shook the Sports World

On March 1, 2022, Stanford soccer star Katie Meyer was pronounced dead at the age of 22. A day later, her death was ruled a suicide, shocking her family, teammates, campus, and the sports world.

“I don’t even think it’s hit us yet,” said Gina Meyer, mother of the late soccer star. “We’re still in shock. But we had no red flags” she tells “Today.”

Following Meyer’s death Alex Morgan of the USWNT tweeted that she was “Incredibly saddened to hear about Katie.” And that she was “Thinking about all her family, friends, and teammates, right now and hoping they are getting all the love they need and deserve.”

Meyer was a senior studying international relations and history, with aspirations to enter Stanford’s law school. She was a member of Stanford’s 2019 National Championship winning team, making two key saves in the penalty shootout to help win the game. With much confidence and fire, Meyer’s performance and demeanor makes it hard to believe that she was having any sort of mental struggles.

But this is the reality for many college athletes. Athletes are asked every day to give their best and show their best. They cannot afford to show what they are going through on their face, though their body language, or allow it to affect their play.

Many athletes are facing issues both in and outside of their sport, many suffer from poor mental health or mental health issues that get overlooked. And most are told to suck it up and play through it all.

As well as Meyer; student athletes Sarah Shluze, Jayden Hill Robert Martin, and Lauren Bernett all passed away during the months of March and April due to suicide. https://www.nbc15.com/2022/05/02/recent-suicides-spotlight-struggles-student-athletes-face/.

Highlighting mental health as an issue within the sports world, especially college athletics.

“A National College Health Assessment reported about 31% of male and 48% of female NCAA student-athletes reported having depression or anxiety symptoms each year the test was issued in 2008 and 2012.” https://www.trine.edu/academics/centers/center-for-sports-studies/blog/2022/prioritizing_mental_health_in_college_athletes.aspx.

These stats raise the question of why these athletes may be struggling with their mental health? There are many factors.

Athletes Are Affected by Day-to-Day Stressors

The typical day for a student athlete is usually extremely demanding. These days can include:

√ Classes throughout the day

√ Receiving treatment for any injuries

Balancing all of this can be a lot. Potentially effecting mental health.

Student athletes Sydney F., Allyson K., and Arianna J. were asked about their experience with athletics and its effect on their mental health.

Issues they discussed include:

√ The extreme demand of being an athlete

√ Pressure to perform in their sport and in the classroom

√ The effect coaching has on mental health

√ The stigma surrounding athletes and their mental Health

Demanding Schedule Can Cause Stress

“I have become much more anxious. I have always been prone to anxiety but with our schedules and college academics I get overwhelmed a lot easier” said Allyson K., a junior forward at a university.

Many athletes also struggle with the pressure put on them to perform well in their sport.

“I believe that playing a college sport has made me dependent on how well the season is going for me. This includes how the coach feels about the season, wins and losses, and a little bit of my own performance as well. If those things are good, so is my mental. But if those things are not good, my mental health is impacted rather strongly” Allyson K. said.

Coaching Style and Its Effects

Coaching style can also have an impact on an athlete’s mental health. Pressure to perform often comes from a player’s coaches.

“Sometimes coaches can have an impact on my mental health, I feel like I am under pressure to always be perfect” said Arianna J., former D1 forward.

“I feel like as a student athlete you always have to put being an athlete first, you have to pick yourself up every day and essentially force yourself to be okay” said college senior Sydney F. “Which I think puts you in a deeper hole, pushing things down to get by day to day.”

Expectation to Perform in the Classroom

In addition to the pressure to perform well in athletics, there is also the academic expectations of college that weigh on student athletes.

“The demand of being on a team can be very draining,” said Arianna J. “It definitely has an effect on my performance in the classroom.”

“I feel like it is so easy to put school aside and be laxed with it. Causing you to fall really behind,” said Sydney F. “And when school and athletics aren’t going well it makes everything so much worse.”

Another reason athletes struggle to get the help that they need is the stigma surrounding athletes and their mental health.

Betterup.com states that, “The stigma around mental health in athletes is skewed by perception. Some may wonder how someone so strong and elite be subject to mental health issues. But their physical abilities have little to do with their mental health.”

College athletes are viewed differently as they are seen as having it all, a full scholarship, gear, status and more. Causing the assumption that they have it made and should all be happy and content.

Some student athletes feel that this stigma heightens the pressure athletes already face to perform and always have a strong front. The material things that athletes receive also fuel the stigma that there is no reason their mental health suffers.

“I think that we have a lot of pressure on us to perform, do our sport, and still have time to do homework and take care of ourselves and that’s taxing. People don’t really understand what athletes go through. They all just think ‘oh they’re fine they just get whatever they want to get’” Sydney F. said.

She continues, “I think they only look at the material things we get and don’t think about how much we truly have to sacrifice to get it.”

Mental Health in Athletics is Indeed an Issue

The recent deaths of student athletes, all by suicide, have proven that mental health is an issue within college athletics. College athletes face many challenges daily that can have a significant impact on their mental health. A stigma surrounding this issue has also affected these athletes, as many put their mental health on the backburner to meet the expectations that are put on them. Highlighting mental health as something that requires more focus from college institutions to prevent the tragic loss of any more young lives.