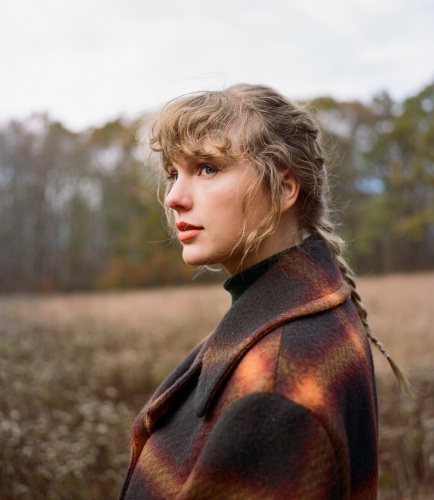 On Friday, Oct. 21, Taylor Swift released her 10th studio album, “Midnights,” about 13 sleepless nights from throughout her life. It is already taking to the charts. While promoting the album in her interview with Jimmy Fallon, Swift referred to herself as a “geriatric popstar” when asked about her age.

This is not the first time that Swift has seen her age as more of a timer than a simple number in the music industry. Back in 2020, in her Netflix documentary, “Miss Americana,” Swift referred to her age negatively. “We do exist in this society where women in entertainment are discarded in an elephant graveyard by the time they're 35," Swift commented, “Everyone is a shiny new toy for like two years. The female artists have reinvented themselves 20 times more than the male artists. They have to or else you’re out of a job. Constantly having to reinvent, constantly finding new facets of yourself that people find to be shiny.” This documentary is available with a Netflix subscription.

“As I'm reaching 30, I'm like, I want to work really hard while society is still tolerating me being successful,” Swift concluded.

Swift was signed by Big Machine Records in 2005 - at the age of 15 - and she released her first single, “Tim McGraw,” which hit the Billboard Top 40. In 2006, she released her debut self-titled album.

“When I was a teenager, I would hear people talk about sexism in the music industry, and I’d be like, ‘I don’t see it. I don’t understand.‘” she said. “I was a lanky, scrawny, overexcited young girl who reminded them more of their little niece or their daughter than a successful woman in business or a colleague. The second I became a woman, in people’s perception, was when I started seeing it.” Swift said in an interview for her 2019 Vogue cover, expressing her negative experience growing up in the music industry.

“I’ve been a fan since 2008, my mom bought me the ‘Fearless’ album for my 8th birthday,” explained Olivia Peck, a 22-year-old devoted fan. “I feel like I grew up with her. I attribute different albums to different times in my life and they mean a lot to me.”

In 2021, Swift released a song called “Nothing New” that was originally written for her fourth studio album, “RED,” which came out in 2012. In the song, she explains further fears of growing up and no longer being the “shiny new toy.” Her lyrics offer this sentiment. “How can a person know everything at 18 but nothing at 22? And will you still want me when I'm nothing new?” In her bridge of the song, she even discusses the newer and younger singers emerging whom she fears will replace her. “I know someday I'm gonna meet her, it's a fever dream / The kind of radiance you only have at 17 / She'll know the way, and then she'll say she got the map from me / I'll say I'm happy for her, then I'll cry myself to sleep”

“I've been thinking a lot about getting older and relevancy and how all my heroes have ended up alone.” She explained to her fans that the song is a reflection of her own relevance in a journal entry that she published during her “Lover” album promotion.

Relevance has been a huge question for both Taylor Swift fans and haters especially during what is referred to as her "reputation" era when her sixth album was released. "reputation" is, as fans refer to it, her “comeback era.” The media had shot her down with headlines such as The Guardian’s “She just ended her career” and zoomed in pictures of her stomach as they ridiculed her for either being pregnant or suffering from an eating disorder. One outlet’s headline read, “‘Starving’ To Be Skinny? Taylor Swift's Shrinking Fame Under Fire – Top Docs Weigh In”.

Her fear of relevance and its correspondence with her current age of 32 has not faded as she releases “Midnights” which is demonstrated in her comment of being a “geriatric popstar.” Fans have taken to social media such as Instagram, TikTok and YouTube to express their love for the newest installment. #MidnighTS (with the TS an acronym for Taylor’s initials) on TikTok hit 1.7 billion views in a week of the album release. The Independent quickly rated “Midnights” 5/5 stars expressing, “Swift’s feline vocal stealth and assured lyrical control ensures she keeps your attention.”

This is Swift’s first autobiographical album since her seventh studio album, “Lover.” Swift is well known on the music scene for writing about her own experiences, positively or negatively reflecting on periods in her life where she was at her highest and lowest.

“I love her because she’s relatable, so much of her songs talk about similar things that I have gone through,” Callie Fritz, an English major who attributes her love for double meanings and extended metaphors to Swift lyrics, said. “And if I haven’t, her lyricism and storytelling carry the narrative all on their own.” 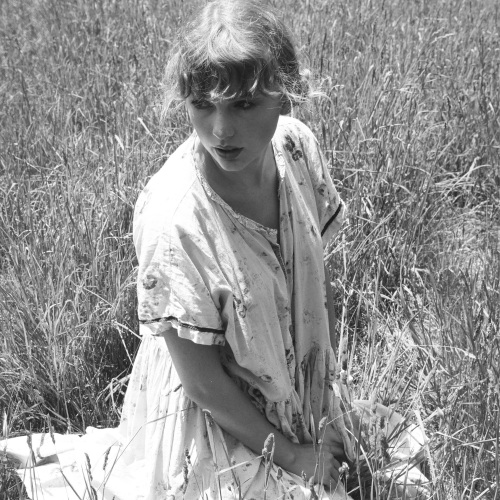 Swift’s success is seen through the data, especially after the debut of “Midnights.” According to Variety, “Midnights” is the first album in five years to sell a million copies in a week, but the album managed to do it in three days. In three days after release, the album sold 1.2 million units, which is all the more impressive given that we live in an era where people are more inclined to stream the album than buy a physical copy. The last album to break this record was Swift’s “reputation” in 2017.

On Tuesday, Oct. 25, PopBase announced on its Twitter account that “Midnights” surpassed “1989” as Swift’s biggest album debut in the US.

This trend carried on after the initial launch week when Billboard released its statistics for the previous week on Sunday, Oct. 30. Swift became the first and only person in history to occupy the Top 10 of the Billboard Hot 100, breaking Drake’s 2021 record of nine songs on the list. She also occupies the Top 10 of the Global 200 list.

It won’t be until the end of the year and the beginning of the next to see what other records Swift will take in her sweep. She currently has three Album of the Year awards at the Grammys and was the first woman to ever receive two and three. Will she take home a fourth making her the only person to ever win more than three?

Swift announced on her Instagram account that she will be going on tour for the first time since 2019. It is titled, “The Eras Tour” which she deemed, “A journey through the musical eras of my career (past and present!)” The dates begin in March and will end in August for the US leg of the tour. See the post here.

“My sister and I have been waiting since 2019 for her to tour again,” Jenna McDonald, a fan since 2014 explained. “We already agreed that we have to go because we have gone together in the past and it is such a theatrical experience. I was worried that she wasn’t going to again.”

Swift continues to be in the spotlight, even at 32, and with the release of “Midnights,” the light is not dulling. Her fans continue to stay dedicated as they break records and blaze a trail through the music industry, demanding to be seen.