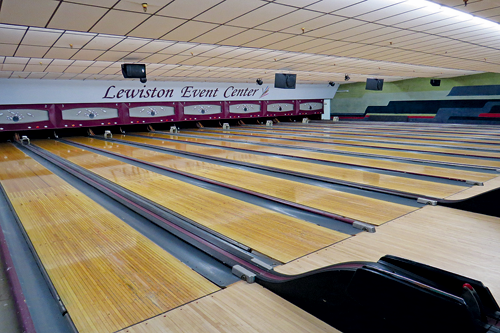 An interior file photo of the Lewiston Event Center.

Lewiston Event Center 'is back on the market'

“News Release: The Lewiston event center is back on the market. Here’s another chance to purchase The Lewiston Event Center. Please reach out to Jim Carminati 716-553-6634 from Waterborne real estate.

“We appreciate the business of our patrons and friends that continue to come out and support us.

Speaking to NFP, co-owner Emery Simon said, “The initial contract didn't go to fruition; so, therefore, it is up for sale again. And we're looking for prospective buyers.”

In mid-September, developer and multi-family real estate investor Vick Singh Ghotra announced his intention to purchase the property at 845 Cayuga St., and convert it into a climate-controlled self-storage facility.

After two rounds of meetings and proposal presentations with the Village of Lewiston Historic Preservation Commission and Planning Board, Ghotra was informed self-storage was potentially not allowed in a district labeled as B-1 (general business, multiple family, townhouse).

He and his counsel, Corey A. Auerbach of Barclay Damon, presented their case to the Zoning Board of Appeals on Nov. 1. Ultimately, the ZBA voted, by a 4-1 margin, that self-storage is not permissible under municipal code Section 9, District Regulations, D.1.b.g.

Following the meeting, Ghotra said, “I'm going to discuss that with my attorney and take it from there.”

NFP reached out to Ghotra, who declined comment, and to Auerbach, who did not reply. 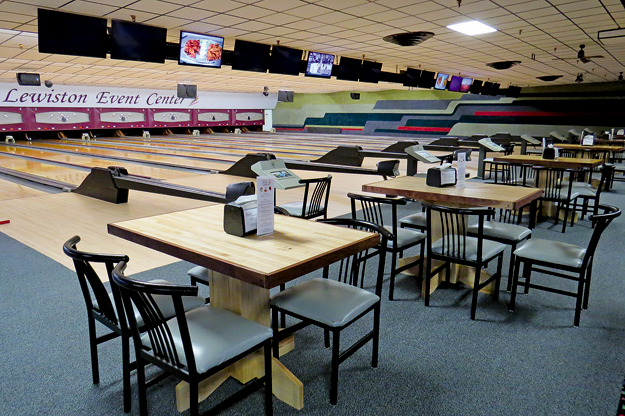 Simon said it’s not for him, nor his business partner, Harold Hibbard, to determine future site usage.

“There's potential for many different things to go in there, but I can't control (it),” he said.

He acknowledged public comments in favor of keeping the multi-story site an event center.

Simon noted he and Hibbard would consider all reasonable offers, whether a potential buyer seeks to keep the bowling alley as is, turn the building into self-storage, or do something else.

However, “We would like to see somebody either take the bowling alley, and take it to the next level, or come up with a use that’s more community service,” Simon said.

Simon explained, “We've put a lot of money into it, and a lot of sweat and tears into it.”

He said work actually began right before he and Hibbard purchased the former Frontier Lanes in 2012.

“Each year, Harold and I put over $200,000 into the place. We're just trying to get our money out right now, because I want to retire.”

Acknowledging traditional bowling and bowling leagues are a tougher sell these days, Simon said, “We switched gears and started making fun leagues. If you're there for the fun, we're the place to be.”

“We have excellent food,” he said. “We have phenomenal wings, phenomenal food. We have a great bar atmosphere. We're doing a lot of things to try and make it a positive thing in there.”