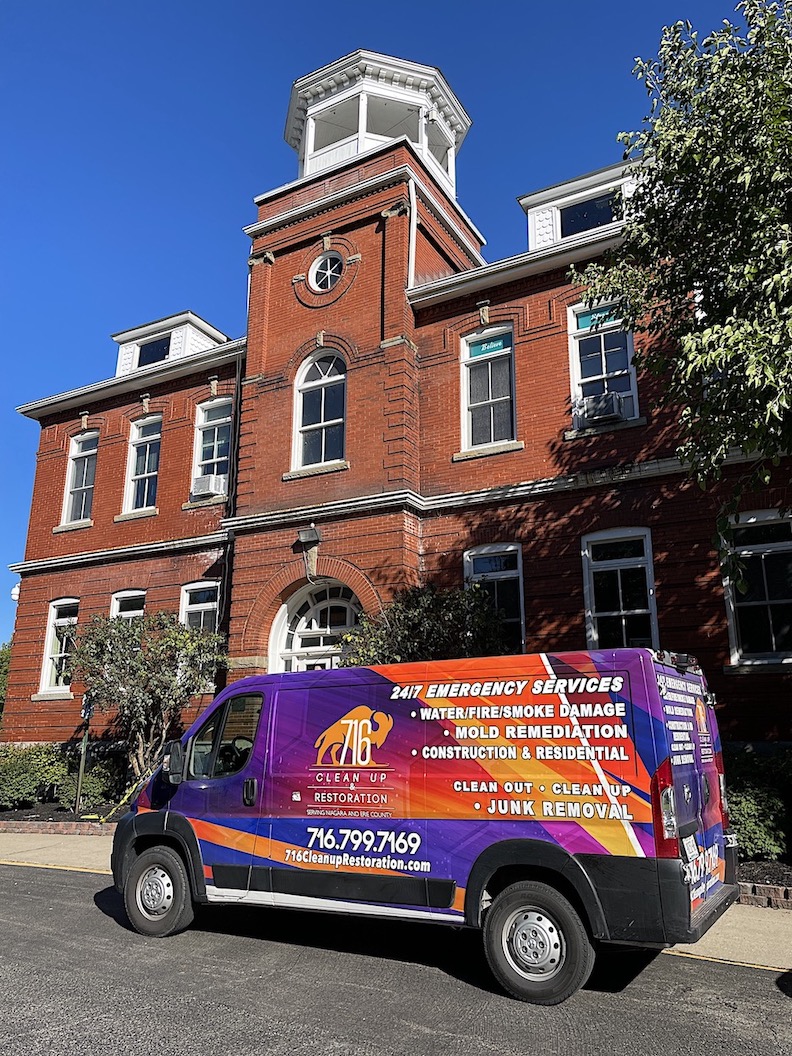 716 Clean Up & Restoration spearheaded mold remediation work performed inside and outside the Red Brick Municipal Building.

Village of Lewiston trustees voted Monday to table a resolution calling for fund balance monies to be used in paying 716 Clean Up and Restoration for recent mold remediation.

Mayor Anne Welch said, “We have some more research to do on that.”

Mold was found in the Red Brick Municipal Building in mid-September, with cleaning commencing immediately afterward. The facility was closed for a little more than two weeks.

The tabled resolution reads, in part, “The Village of Lewiston, New York was confronted with an emergency situation involving the discovery of mold at potentially dangerous levels requiring the immediate and continuous evacuation of all persons present in the building at 145 North Fourth Street. … The Village of Lewiston, New York called for an emergency public meeting on Friday, September 23 … for the purposes of awarding an emergency contract to 716 Clean Up and Restoration to remediate the mold situation and to pay out of cycle, a down payment to such company for the aforesaid remediation, and such Motions were approved. … the aforesaid building has been deemed safe for re-occupancy; and … the current fiscal budget for the Village of Lewiston, New York does not contain funds budgeted for and/or appropriated for such contract given the emergency nature of the situation.”

At present, the municipality has around $1.5 million in appropriated fund balance.

No residents spoke at a public hearing prior to the vote.

The Recreation Department is presenting a movie night Friday at Academy Park. Tim Burton’s “The Nightmare Before Christmas” will be shown at 6:30 p.m.

A Halloween scavenger hunt will take place from 1-3 p.m. Saturday, Oct. 29, followed by “Trick-or-Treat on Center” from 2-5 p.m. Local merchants will have treats available for patrons. 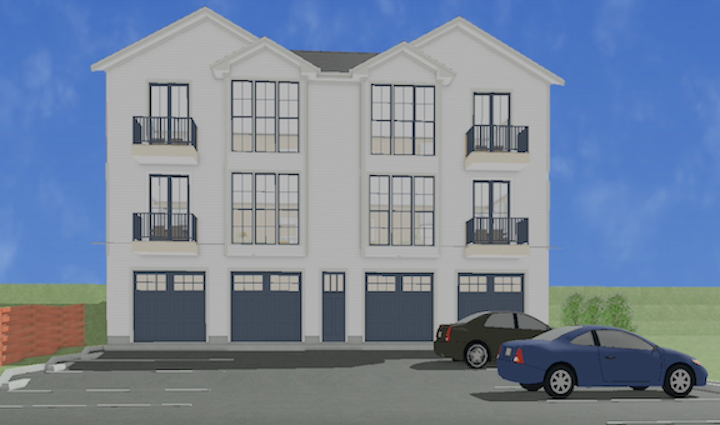 A new, two-story structure will be built at 125 S. First St. Each of the top four dwelling units will face the water. The bottom level, on Water Street, is earmarked to store items from 65 Center St., and 115 S. Water St., which is the site of Whirlpool Jet Boat Tours and the Griffon Brewery & Gastropub. A small employee and/or tenant parking lot is shown in front of the property. (Image by Giusiana Architects) 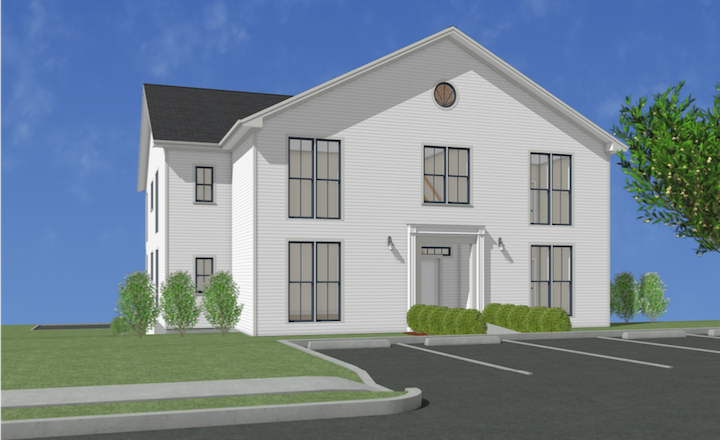 •John Kinney received permission to redevelop 125 S. First St., the property adjacent to the Moose Lodge. His proposal was approved by the Historic Preservation and Planning commissions on Tuesday, Oct. 11. Requested side setback variances were granted by the Zoning Board of Appeals on Thursday, Oct. 13.

Kinney owns this parcel of land, as well as neighboring properties at 65 Center St., and 115 S. Water St. (home of Whirlpool Jet Boat Tours and the Griffon Brewery & Gastropub).

At the commission meetings, architect David Giusiana said he added more peaks and “a more traditional look” to the rendering, based on public input and board suggestions.

The current building, which is not designated historic, will be demolished to make room for a new, two-story structure.

Each of four units will have two bedrooms, two full bathrooms, a great room and laundry facilities.

Welch said there are approximately 40 sites offering Airbnb or similar amenities. She explained, “We want to get this right. We want to allow these short-term rentals. We have quite a few of them in the village. We have so many now that we really need to get a handle on it. So, we're researching other communities, talking about how many we should have, and if they should register.”

The committee is comprised of members from the municipal boards, real estate professionals, short-term rental owners and residents.

“People that own these houses, whether they live there, whether they rent them out, we just want to make sure that we keep our neighborhoods, and everybody's happy with it.”

Village counsel Joseph Leone said, “I think it’s great idea, so we can get a local law together.”

He explained, “I've taken a look at our code, and it is narrowly possible – but it is possible – to do some enforcement with our code, with what we have. We have definitions of bed and breakfast. We have definitions of tourist homes, which require zoning permits. Bed and breakfasts are allowed in R-2 (residential, two-family, townhouse) districts. Tourist homes are allowed in R-3 (residential, multiple-family, townhouse) districts.”

Leone said he is “100% in favor” of crafting a new local law, so enforcement has “a little bit more teeth.”

“I love the fact that you've got a committee together. I like the idea that you're hearing from the public, as well,” he said.

Welch noted a standalone law would “make sure that everything is taken care of in it. They should have inspections to make sure that they're safe for people to stay there, whether they have smoke alarms and proper egress, parking. … Obviously, if these people are going to stay at these places, we want it to be a safe place.”

Welch noted existing short-term rentals may be “grandfathered in” and not subject to be removed under a new law.

“We don't want to hurt the people that are doing it. … But I think we should have that list, and they should register, so that we're aware that that is taking place,” she said.