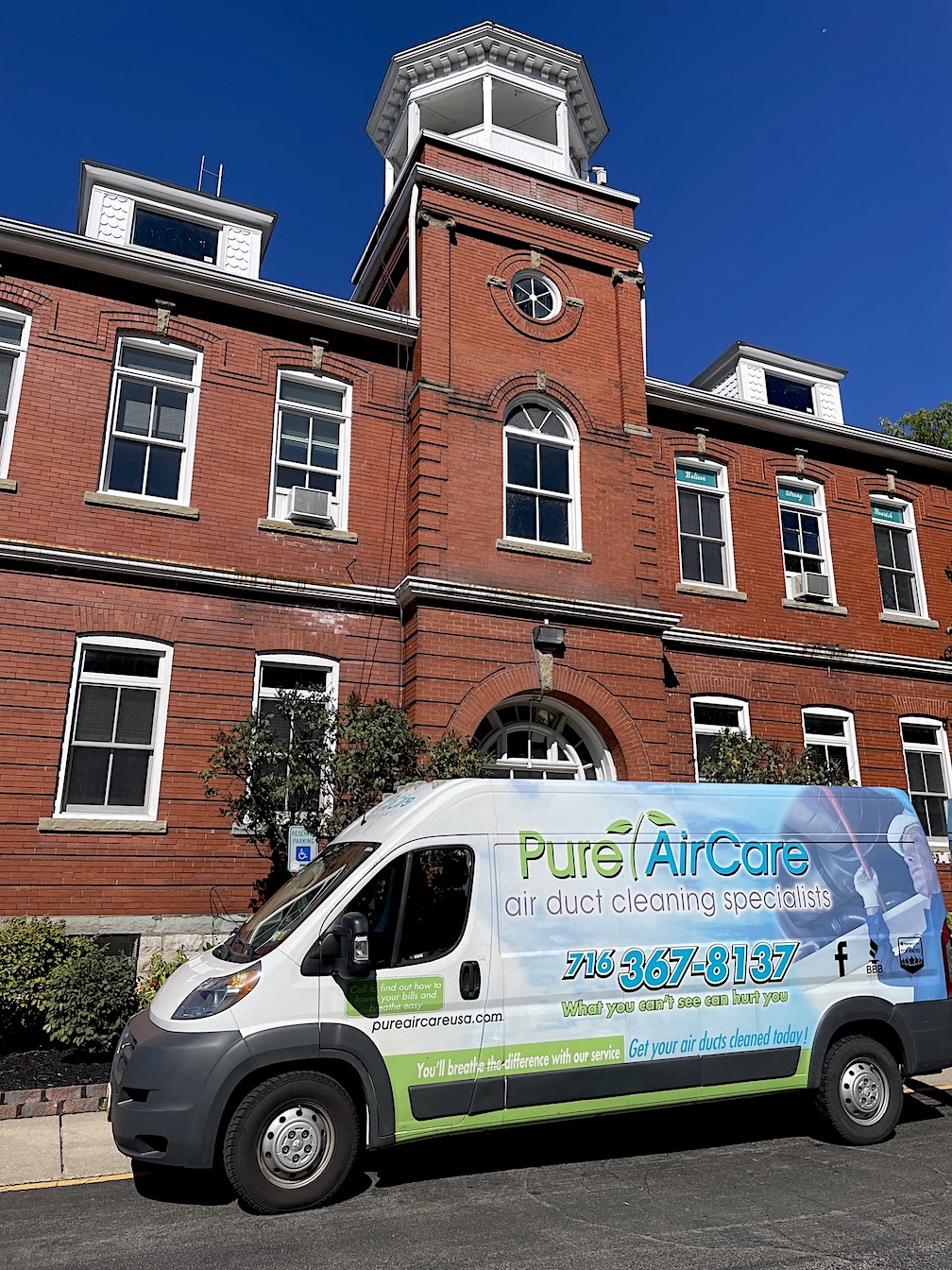 The process of identifying and remediating mold within the Red Brick has exceeded initial expectations – and so has the project cost.

At a work session on Monday, 716 Clean Up & Restoration project manager Shane Hill said, “We got the air quality test done at the municipal building … and it showed minimal amounts of mold in the air. However, the HVAC system was highly infected. At that point, too, there was also a few other withstanding situations in the building that was affecting the air quality that deemed it to be unsafe. And prolonged exposure could result in some serious health issues.

“So, we moved ahead with the plan. Unfortunately, the scope of the job has grown as we've opened up some of the crevices inside a 100-, 150-year-old building.”

“At this point, we've kind of locked it in at a certain price,” Hill said. “We're doing everything we can to help everybody out in this situation. We're about 95% done with the project. We contacted Fulmer environmental today. So far, they're scheduled at 12:30 this Thursday to do a clearance testing. We're paying an extra fee, so we can get a 24-hour expedited return on the testing for everybody, so you guys can get back into the building as soon as Monday. And then if everything goes good, we'll have clearance for you guys Friday.

“We'll do a final clean on Saturday. And then you guys will be back into a building with a clear bill of health, healthier quality, and then minimal reconstruction fees.”

The clerk’s office requested a mold test in mid-September. Test results were provided a week later.

As to the origin of the mold, no one location or cause was deemed the culprit.

He explained, “Throughout the cleaning and through the HVAC service that was done there, we pinpointed it to the HVAC system itself. However, as we've gotten into the project, we found multiple sources, or multiple potential sources, within. That's why the scope of the building, it's a much bigger picture than what we're doing now.”

Mold, mice feces and/or water stains were found in air ducts, on joists, in plaster, on ceiling tiles above the clerk’s office corridor, and above some of the recreation rooms in the basement.

Hill said, “We're just treating the entire place as a complete sanitization, complete decontamination; treating it as hazardous material as we go through.”

He said his company has “cleaned all the crevices, all the voids, all the floors, walls throughout the entire property. So when you go in, it will be fully restored.

That said, “There is a lot more that would eventually need to be done in the future.”

“But for what we're doing now, we feel safe enough where we can manage it within a reasonable doubt, to keep a safe, healthy airspace in there until that kind of budget is created and set aside – because we know we came in with no budget, really at all,” Hill said. “The job has exceeded the price throughout the whole project. So, we kind of ended up having to find the cap on it, and see what we could do without doing a minimal amount, and still have a safe space. So, I mean, I'm proud; I think we've achieved that so far. And by Friday, we'll know, with the testing and the clearance.”

Hill said Fulmer Mold would compare the pretest air quality with that of the air found inside the building following the vigorous cleaning.

“The last few days, we’ll actually have a decontamination chamber set up so we can go in and out, and so that way we're not exchanging any air at all throughout the building,” he said.

Trustee Tina Coppins asked if a written report with future action steps will be provided. Hill said one would be delivered.

“I’m going to break it down into three different steps for you,” he said. “There's going to be a long-term solution, short-term solutions, and then what actually needs to be done. You will have that whole list by Friday, when we get clearance.”

Coppins said, “I don't want a liability down the road on the village.” She asked about a line-by-line assessment.

Hill said, “As licensed mold professionals … we’re trained in order to inspect and remediate the proper causes of mold. And at the end of the day, it is on us to provide the proper remediation. So, when you get that clearance, that clean bill of health is what you're going to have for any kind of release and liability, justification that you had a proper cleaning and proper decontamination done of the entire property.”

He said the cleaning process includes “a plant-based antimicrobial, and then we also have a commercial, hospital-grade disinfectant that we use, MediClean and ShockWave.”

Hill added, “It's almost impossible to get a zero-mold count, but (it will pass). It will be a healthy, safe environment to return to and work. …

“We had our cleaning crew come in and just do very meticulous, detailed cleaning on everybody's desk, everybody's offices. That way when they come in, they're coming into a fully clean office. There's not going to be any dirt, no debris, no spiderwebs, no dust, nothing.”

Items in the weight room and in the adjoining basement recreation areas were wiped down and sanitized.

“The gym is getting a full clean, as well,” Hill said. “The system in there is getting HEPA vacuumed; floors are going to get washed.” 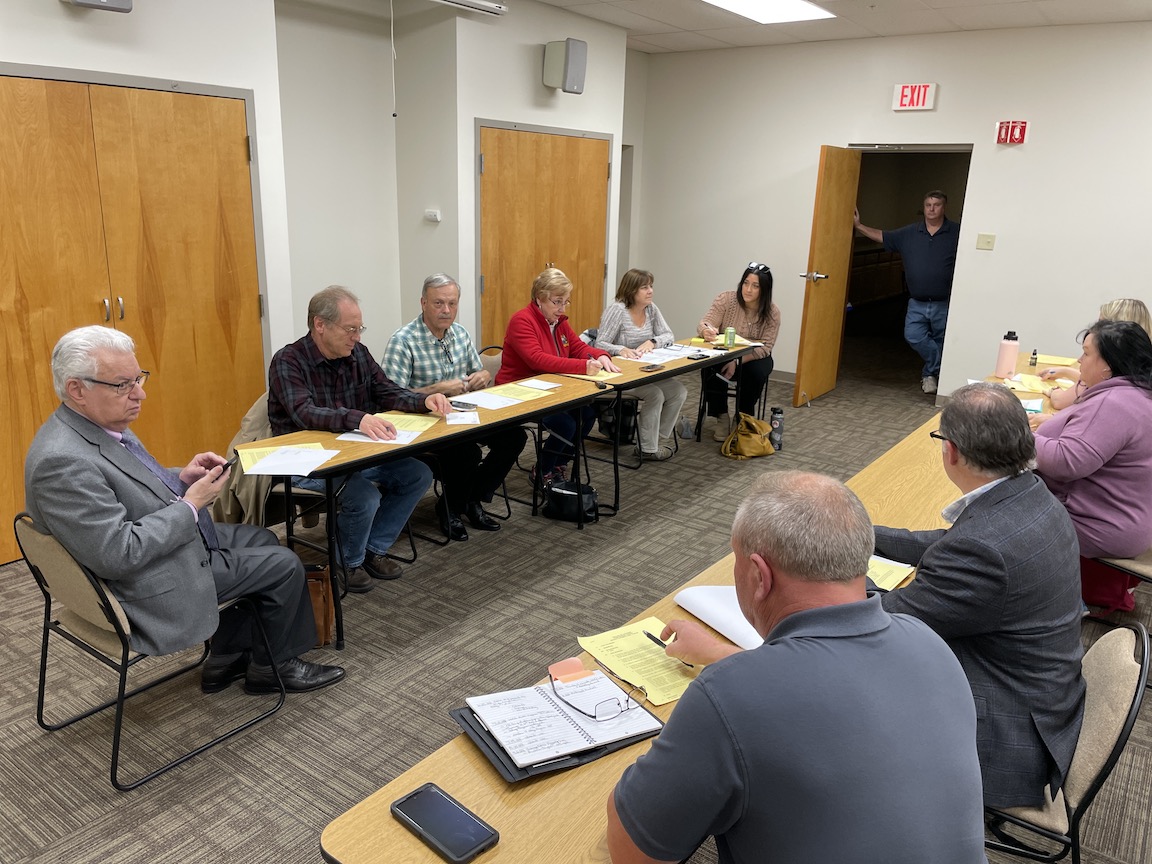 The Village of Lewiston work session was moved to the Lewiston No. 1 Fire Co. firehall training room.

Welch said, “I don't know where we’re going to pull (the money) from; we didn't even budget for this huge bill that we're getting for the mold.”

“This is hurting us bad,” Trustee Nick Conde said.

Trustees approved an out-of-cycle payment to Pure AirCare in the amount of $1,850 for emergency cleaning of the air ducts. A public hearing will be held at 6 p.m. Monday, Oct. 17, to discuss using the fund balance to finance the remainder of the mold remediation.

Treasurer Stephanie Longwell said 716 Clean Up & Restoration is providing the village with a discount of $55,735, and not charging extra for overtime.

Village counsel Joseph Leone is looking into the village’s insurance coverage, to see if any compensation is possible.

The Village of Lewiston has six rental units on the Red Brick’s upper level.

Ami Patrick, who owns Embody Health & Wellness, said, “The disruption in business for myself, and I can speak for the other renters that I've talked to, that it's been a big financial impact. For me, especially."

The fitness studio operator added, “I have a monthly member in-person class membership. So, a refund had to be distributed for September for that week where we were not able to provide service. And then I have issued half-off for the month of October, in anticipation of no service for the first week, two weeks of October, as well; not feeling it was right to charge them for services that they weren't able to access. So, that equals – just for my monthly members – a little over a $1,500 income loss for me. And then there's other ramifications in the other services I offer.”

She asked, “If there’s anything that can be done in order to offset, and of course adjust the rent when we weren’t able to be in the building, that would be greatly appreciated.”

Welch said, “I did talk to the other board members, and we realized that you were inconvenienced. Obviously, we were inconvenienced. This was not a planned event; it was an emergency, and we had to do something right away. We couldn't have anyone in the building, because of the health factor.

“We did talk about the rents, and we think it's only fair to not charge you the two weeks, that half-a-month's rent.”

As discussions continued, however, the board voted to waive a full month’s rent for each tenant.

“I’d say give them a month, at least,” Deputy Mayor Vic Eydt said. “She got part of last month (lost), and she got part of this month. We don’t even know (when things will return to normal).”

Of course, Monday’s work session would’ve taken place at the Red Brick, had the building not been closed for cleaning. Instead, trustees met at the Lewiston No. 1 Fire Co. firehall training room.

“I want to thank the fire company for letting us have a meeting over here,” Welch said. “We appreciate it.” 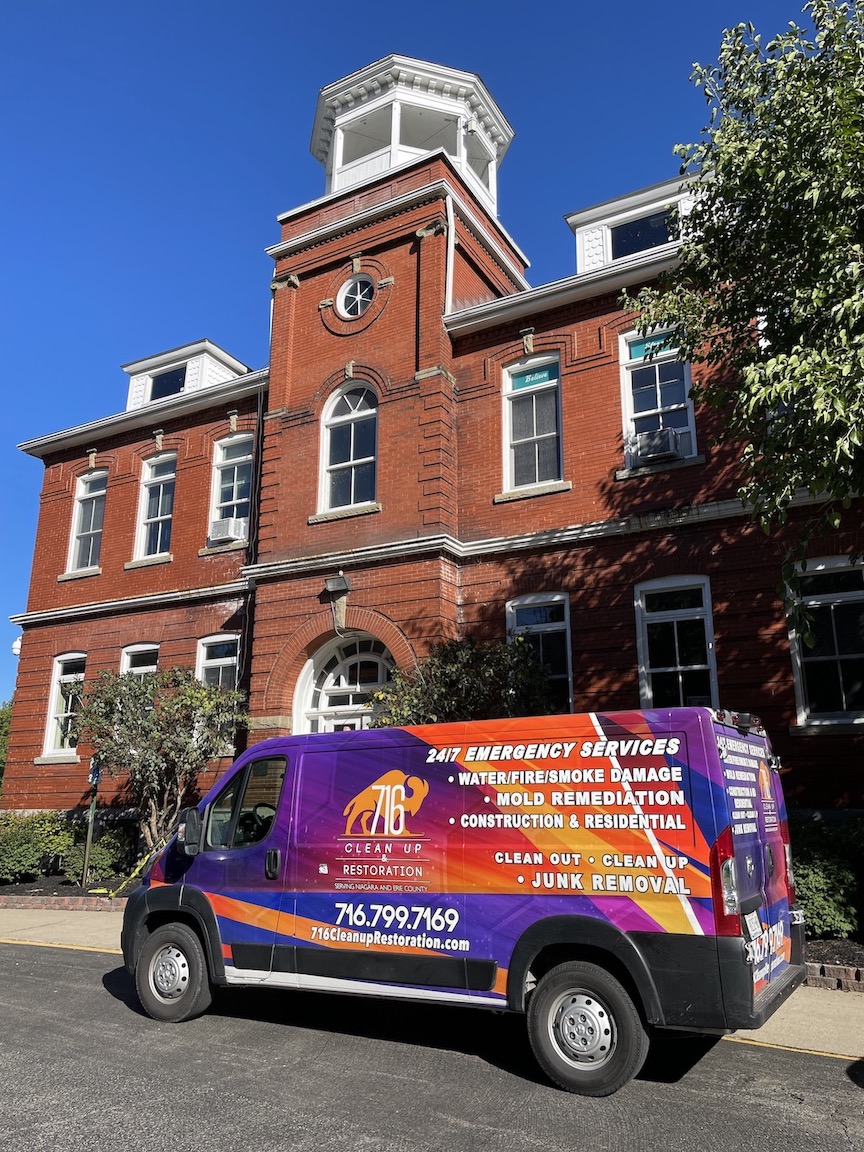 716 Clean Up & Restoration is overseeing cleaning efforts at the Red Brick.