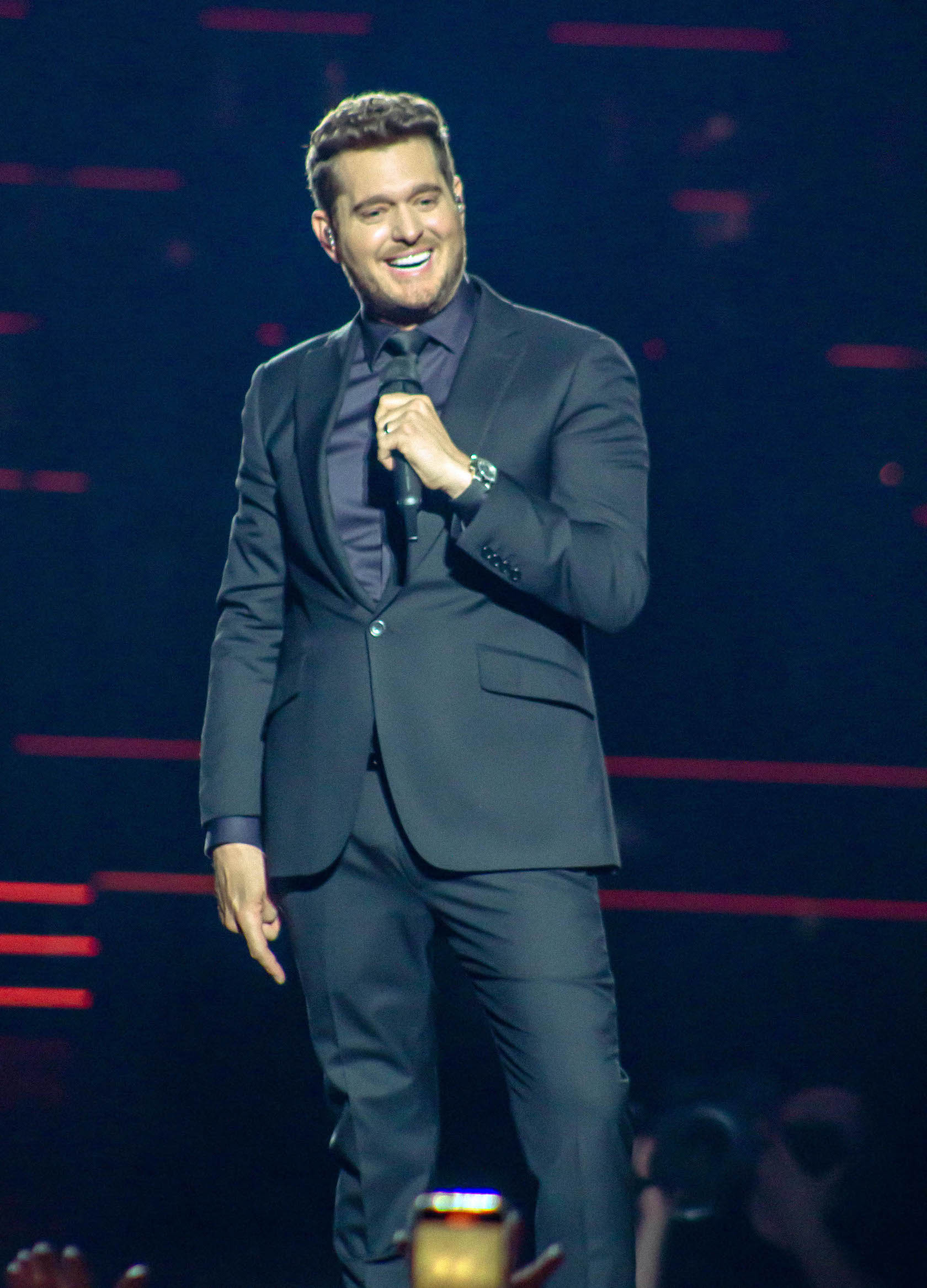 Review and photos by Thom Jennings

As Michael Bublé descended under the same part of the stage he had made his appearance at two hours earlier, everyone in attendance at his KeyBank Center performance on Tuesday night was giving him a well-deserved standing ovation.

My wife turned to me, leaned toward my ear, and said, “I love shows where you don’t know what to expect; that was a great show.”

Bublé is known across the world for his vocal prowess. If you close your eyes, you might think you were sent back in time listening to Frank Sinatra at the peak of his career, or maybe Elvis Presley during the late 1960s. Bublé is a gifted singer, and he knows how to use that gift.

The surprising part of Tuesday’s show was that, in addition to having a voice that can move mountains, Bublé is a phenomenal entertainer who knows how to engage with his audience on a personal level. His banter between songs included exchanges with individual audience members, peppered with self-deprecating humor and poignant moments where the artist showed his appreciation for everyone in attendance – right down to the arena crew.

Bublé has built his career by recording and performing selections from “The Great American Songbook,” which includes timeless songs that contemporary artists seem to revisit every generation. Beyond that, Bublé has scored some of his own hits, and his show seamlessly blended songs from multiple genres and generations.

Surrounded by a big band, background singers and a string section, it was a sonic delight in an era where sampling and prerecorded backing tracks often replace full instrumentation. There was an era when many artists could afford to bring a massive ensemble in tow, but it is a rarity these days.

Bublé also made plenty of references to the Buffalo Bills and Sabres, including leading the audience in a chorus or two of “Shout,” and signing a Josh Allen jersey early on in the performance. Bublé even joked that he considered opening the show by smashing a table.

There were plenty of musical highlights, including a moving version of “Smile,” where he was just accompanied by his pianist while the audience sat quietly entranced. His version of the Bee Gees hit “To Love Somebody” brought everyone to their feet, as did the regular set closer, the Sam Cooke classic “Bring it on Home to Me.”

The stage included a long runway that gave Bublé a chance to shake hands and interact with audience members. He has a commanding stage presence, and during one part of the performance, he did a near-perfect Elvis impression while performing four classics at the center of the arena along with a small ensemble and his background singers.

Stylistically, Bublé is the quintessential showman, and while his voice is reminiscent of the great male vocalists of another generation, he has managed to pay homage to “The Great American Songbook” in a way that feels fresh and modern.

And if you want to know what kind of show to expect if you get the opportunity to attend a Michael Bublé show, you can expect a great show. 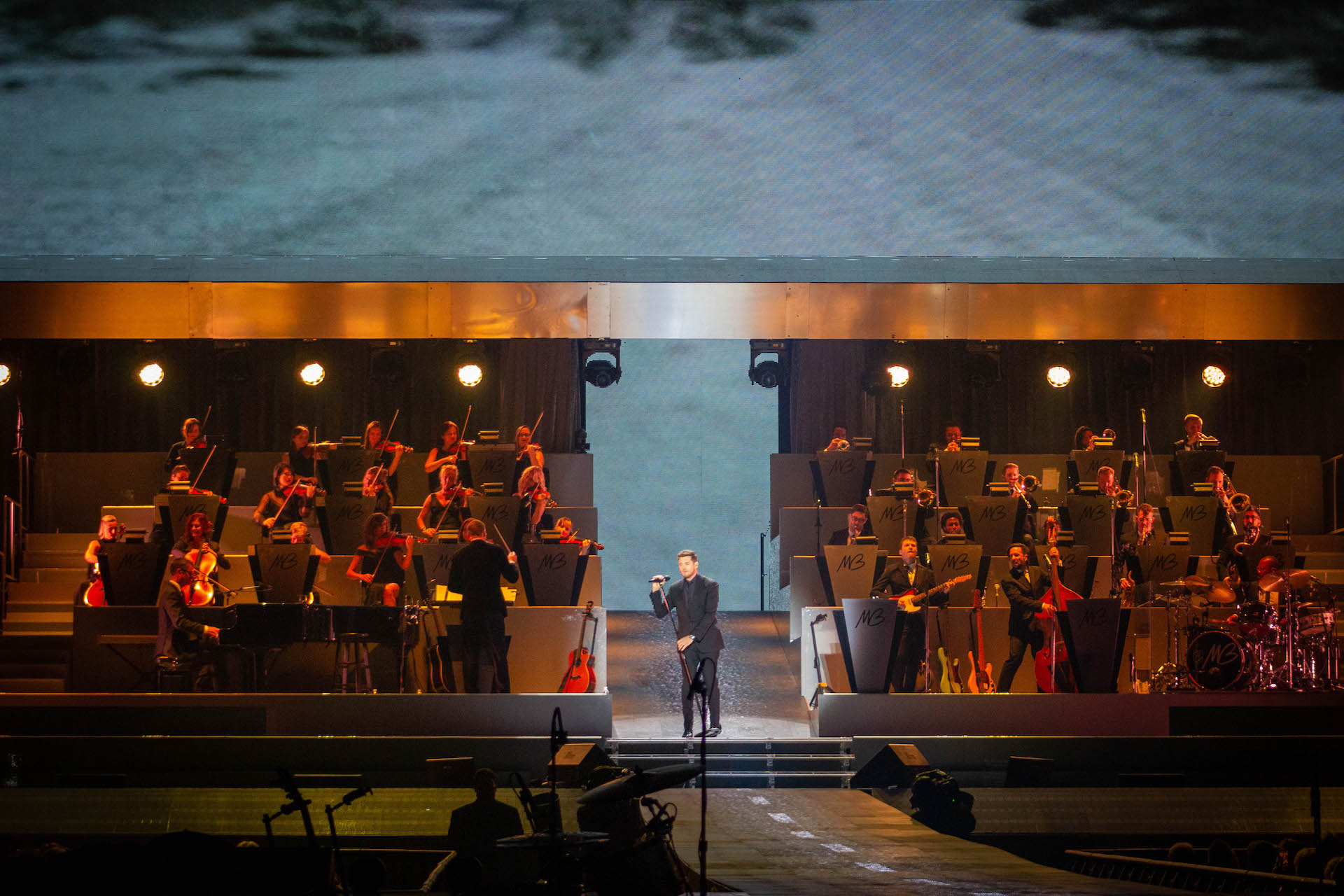