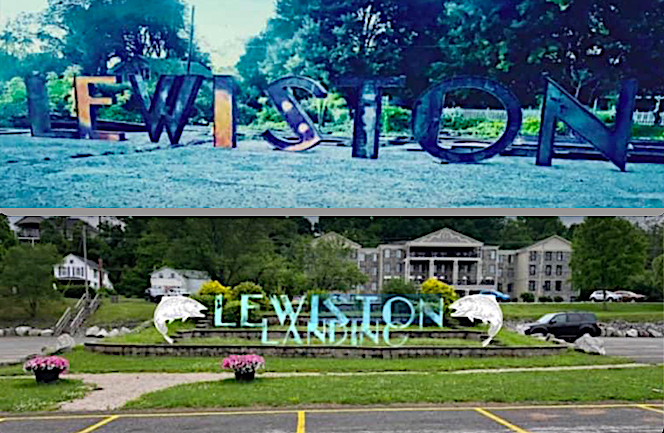 Gallo Coal Fire Kitchen is hosting a Fall Festival fundraiser to benefit the creation and installation of the "Lewiston Landing" sculpture. (Images courtesy of Dan Buttery and Michael Hibbard)

Michael Hibbard and his flagship Gallo Coal Fire Kitchen will host a chili cookoff and Fall Festival on Saturday, Oct. 15, to raise money for the “Lewiston Landing” sculpture.

The fundraiser begins at 1 p.m. and features a basket raffle, live music, chili tastings, and a beer pairing courtesy of Brickyard Brewing Company. Tickets will be available on site at Gallo, 402 Center St. If the weather is decent, the event will be held in the courtyard.

Highlighting the afternoon will be a friendly chili competition between Gallo, Apple Granny, the BBC, Spicey Pickle, The Villa and The Village Diner.

Hibbard said, “It kind of all started because Dan Buttery and I, we’ve been really just talking about art in our community. And him, along with Chris Stanek, who's going to be the electrician, they’re installing the ‘Lewiston Landing’ sculpture. (Dan) is going to be providing all of his time and material to get that done and donated. …

“I said, ‘Why don't we try to do some type of a fundraiser around it,’ just to raise some money so he doesn't have to absorb everything. And we kind of started talking, back and forth, and we said, ‘Why not do like a chili cookoff in kind of like a fall-type festival?’ Around that time, hopefully, the weather holds tight.

“We reached out to other restaurant owners in the community, and they were all on board.”

Buttery said, “We are raising money for the material cost, like metal, welding supplies, paint, concrete work and lighting for the piece, and any unexpected costs. I’m donating my time on building this piece, which I’ll have probably over couple hundred hours in building and installing it.

“I will have the 4-foot ‘Lewiston’ letters at the event (from the sign). Local businesses are donating gift cards and pieces for our auction event. I will be auctioning off a few of my metal pieces for the auction. There will be live music there.

“After getting this approved by the boards, I wanted to make this a community project. I will be making a plaque for the donors when I get the piece up.

“And if it’s a successful thing, we might do it yearly to add funds for other projects in Lewiston.” 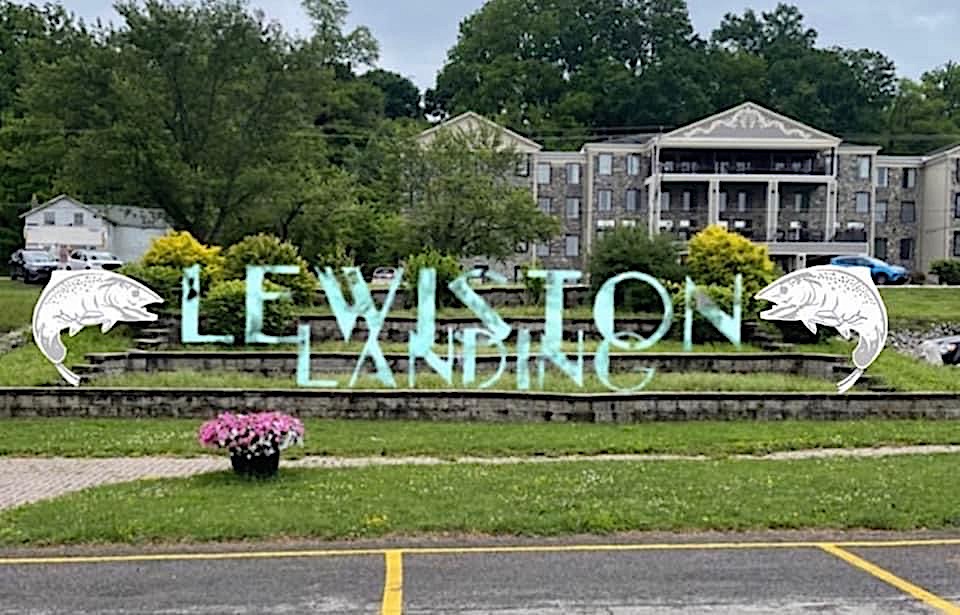 In late July, Buttery presented an idea to the Village Board to create and install a metal “Lewiston Landing” sign – and accompanying metal fish – on North Water Street. The Black Lab Metal Fab artist is donating the sculpture to the municipality.

At that time, Buttery said, “You see when people are on vacation, they try to find somewhere that they can take a picture to say that’s where they’re at. There’s probably nothing in Lewiston to say, ‘Hey, I’m in Lewiston, New York.’ Something like this, with the exposure down there, people are going to be taking pictures with it. It’s going to be a staple for years to come.”

Hibbard said, “It's really kind of a culmination of what Dan and I have been talking about for a while in this community, and it all kind of started back about four or five years now. We teamed up on sculptures for Lewiston-Porter, and I think that kind of lit a fire up underneath both of us. We wanted to really benefit our community by providing three-dimensional art forms throughout Lewiston.

“Dan really took it upon himself to choose that spot for the ‘Lewiston Landing’ sculpture, and provide kind of a start – or a restart. What we would like to accomplish in this community is to provide more public art.” 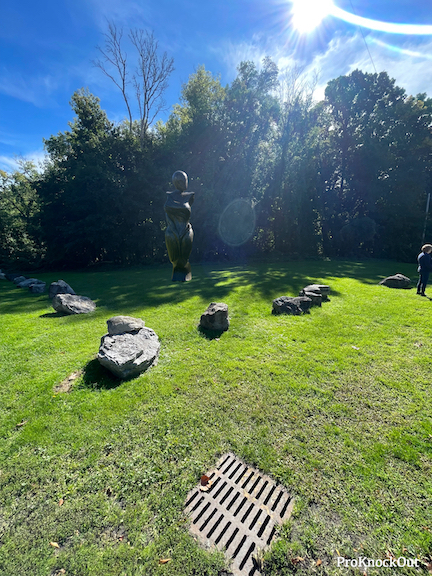 Fran and Marie Williams are donating a bronze sculpture to the Village of Lewiston. Artist Dan Buttery made this rendering showing the Julie Silver-created piece at the southeast corner of Fourth and Tuscarora streets.

Hibbard said, “Dan and I are restoring the ‘Spirit of Victory’ sculpture out towards Joe Davis.”

On Monday, at the Board of Trustees work session, Mayor Anne Welch announced Lewiston residents Fran and Marie Williams are donating a bronze sculpture to the village. The piece was created by Lewiston-Porter graduate Julie Silver.

The target installation location is near the main entrance to Artpark State Park, at the southeast corner of Fourth and Tuscarora streets.

Welch said the Lewiston Garden Club would like to plant around the sculpture.

“It’s really big – it’s like 8 feet tall; but it’s really, really kind of cool,” she said. “We have had conversations with Artpark about doing something as you go into Artpark to make it look nice.”

She told trustees, “It’s like the shape of a woman. You’ve got to go and see it, because it’s really, really, really cool. … It will look nice. … I think it would be a nice addition to that corner. It would kind of frame the entrance to Artpark.”

Hibbard said, “We’ve really been talking about different things, and really introducing it to other artists, as well. So this is, like I said, the start of something I think we're on the right track with.”

Not long after she was elected to her first term in office in 2018, Welch said she was intent on promoting the Lewiston art scene, bringing in pieces, and even installing works at Academy Park.

Artpark & Company also has increased the number of art works surrounding the performing arts venue since President Sonia Kozlova Clark was hired in 2015. 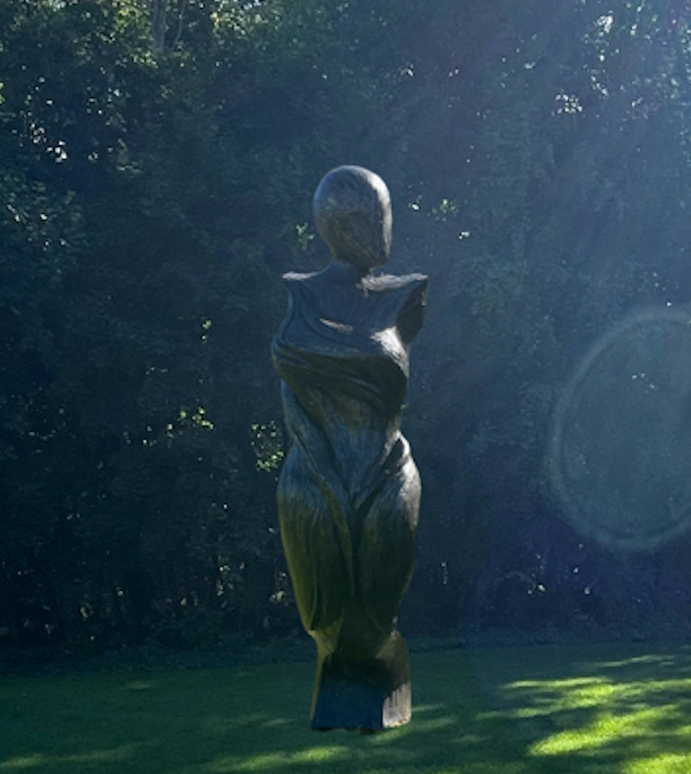 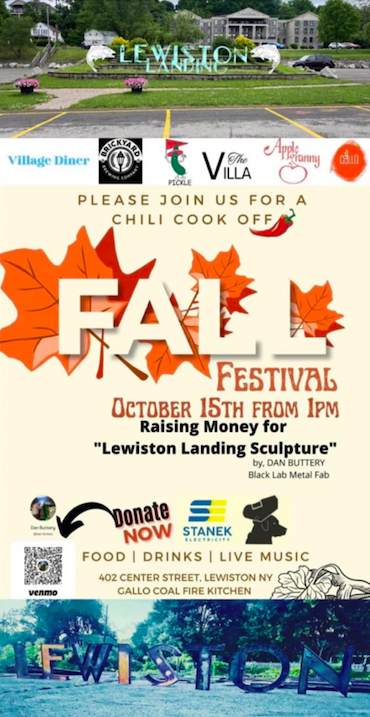