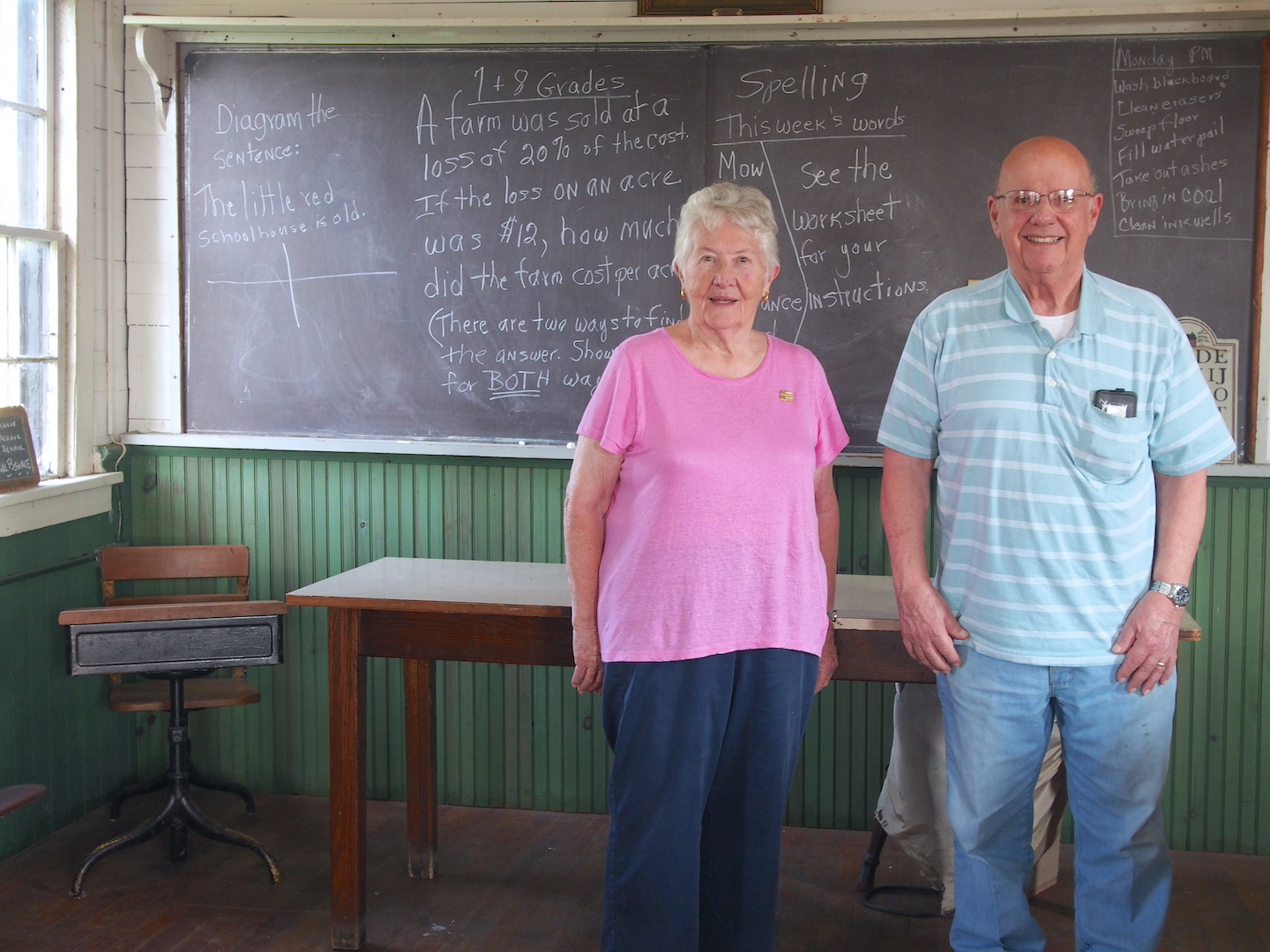 June Crawford, chair of the Historic Preservation Advisory Board, and Joseph Macaluso, past chair, enjoy showing off the one-room schoolhouse at Kelly's Country Store.

Autumn and local history on display at Kelly's Country Store

The colors, produce and fun of autumn were celebrated last weekend with a fall festival at Kelly’s Country Store. Children enjoyed pony rides, as well as opportunities to feed llamas and other animals, as well as to view turtles, snapping dragons and assorted creatures. Food trucks offered a variety of foods for sale for all visitors.

Bob Humbert of Wolcottsville Wildlife Rescue was at the fall festival with Ollie, a barn owl.

“We rescue everything but skunks, raccoons and bats” because of the risk of rabies, he said. Humbert has been an animal rescuer “since about 2008.”

“I like to watch them go free, knowing that I healed them, and they can go back in the wild again.”

In addition, the one-room schoolhouse on the property of Kelly’s Country Store was open for tours.

The schoolhouse attracted many visitors, Crawford said, noting approximately 300 individuals visited the school each day of the weekend.

“Mr. Kelly bought the building and used it for storage” in 1970, Crawford said, explaining the Historic Preservation Advisory Board has had an interest in maintaining the structure, as well as in other historic projects throughout the Island. “We are interested in preserving the history of Grand Island. We are responsible for the cupola that was recently put on the Town Commons. We are also involved in working with Nicole Alt Gerber with the farm that they have. They’re restoring the buildings, so they’re including School No. 3, which is on their property. They have also begun work on the barn that is on the property.”

“Kelly’s allows us to open the school and to put up lessons and to show the school,” Crawford said.

The one-room schoolhouses offered education for children in grades one through eight. They were not permanently in one location, as schools currently are.

“The schools were moved as the population changed,” Crawford said. “The buildings don’t have permanent foundations and they were able to be lifted. They were put on rollers and were moved from one part of the Island to another, wherever the children lived. Wherever there was the most children is where the schoolhouse was placed. Children had to walk to school in those days, so that’s why the schools were placed where they were. Now they are centralized, and people ride buses, so it doesn't make as much difference. They can build a permanent school. In the days of these schoolhouses. They had to be moved to be closer to the children.”

The school at Kelly’s Country Store had several moves before it arrived at the store. The school had previously been located at Bush and West River roads. It was then moved to Fix and Baseline roads before the Island’s one-room schoolhouses were closed.

Displays in the schoolhouse included books that had been chosen by the Grand Island Board of election, as well as some lesson plans, Crawford said. She explained the students were responsible, not only for learning their lessons, but also for helping the teacher to maintain the structure.

“There was no running water. The kids brought in water,” she said. “The students also had to help clean the school and to bring in coal and to help maintain the fire in the coal stove. There was no heat in the room and no air conditioning. There also was not much insulation. It was cold in the winter.”