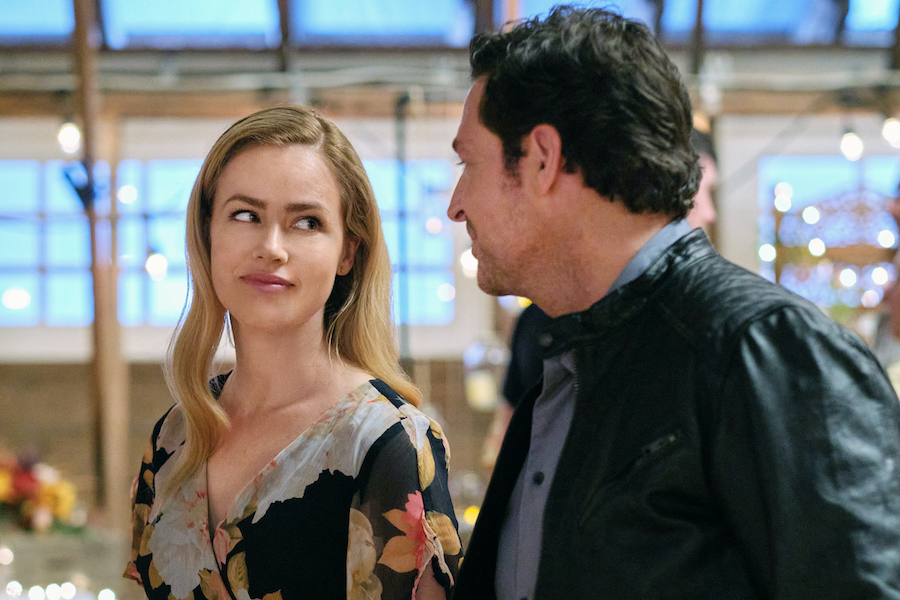 Abby is a successful executive moving to Paris and planning to marry Edward. Life is perfect until she learns her divorce to high school sweetheart, Luke, is not exactly official. Shown are "Marry Go Round" stars Amanda Schull and Brennan Elliott. (Photo ©2022 Hallmark Media/photographer: Bettina Strauss)

Amanda Schull is a unicorn.

She is an outlier in an industry that relishes sameness.

A creator whose path to success is contrary to established convention.

The math tells us to be in-demand as a leading actor, one needs talent, certainly – though lots of talented people will never appear on our screens – but even more so, appeal.

Now, appeal also could be called star power. And it rarely comes without establishing oneself in a particular way. Put plainly, many of the most recognized actors rose to fame by ascending in one particular genre: “She is an action star.” “He is a romantic lead.”

In doing this, these performers become bankable for studios in search of that one specific thing – but they also become typecast. The “action star” and “romantic lead” can’t easily (or profitably) switch roles.

Schull – like the fabled one-horned creature – is that rare example of someone who has found success in the entertainment industry by being different.

Her appeal doesn’t lie in her star power (though she’s charting on the IMDb top 100), but in what she can bring to her performances. Schull’s allure is her ability.

And talk about capability: How many actors do you know who can star (and dance) as a principal ballerina (“Center Stage”), and then competently play a time-jumping, gun-toting virologist (“12 Monkeys”); try their hand as a no-nonsense, cut-throat lawyer (“Suits”), and then jump into a history buff building a golf course (“Love, Once and Always”); or play an investigative reporter hilariously failing at yoga (“Romance Retreat”), and then a holiday connoisseur and dreammaker (“Project Christmas Wish”)?

Through hard work and, yes, talent, Schull has crafted her own brand of appeal – convincing us she can play any role – in any situation or setting – and create interesting characters we can’t help but want to watch.

Added bonus: Schull has proven to be un-typecast-able.

The actor’s work will be on display again Sept. 10, when she returns to the Hallmark Channel with a starring role in the twisty romantic dramedy “Marry Go Round.”

As the network describes it, “Abby Foster (Schull) and Luke Walker (Brennan Elliott) were high school sweethearts and had a short-lived marriage after high school. Many years later, Abby is a successful executive who is planning to move to Paris with her fiancé, Edward Timsdale (Zak Santiago). Everything in her life seems to be perfect. That is until she gets a letter explaining her divorce to Luke is not exactly official. When Abby arrives back in her hometown for a court hearing, she runs into Luke and quickly learns he has no intention on finalizing this divorce anytime soon. Emily, (Mary-Beth Manning) Abby’s mother, finally reveals a secret she has been keeping from her daughter that explains what really happened so many years ago. Abby now has a choice to make. Does she face the truth about what she has always felt for Luke, or stick to the plan when she thought her life was so perfect?” 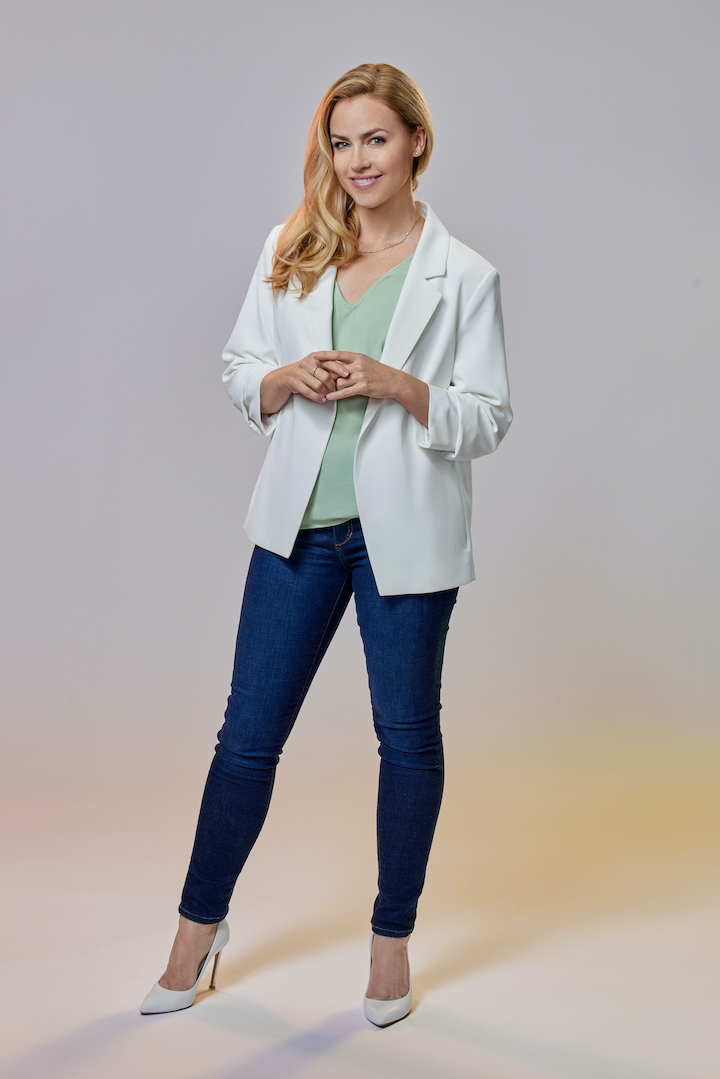 Q: If I'm watching TV – If I'm flipping through the channels, and I see “Love, Once and Always,” or “Project Christmas Wish” or “Romance Retreat” – I'm stopping. I’m watching.

Your movies are on with some pretty good frequency these days. If you're flipping through the channels, and you see one of these movies comes up, what is the emotion? What is the memory? Are you thinking about a person or a place?

Amanda Schull: I guess it really depends on what it is. But usually, it's bittersweet; and I think, “Oh, I want to do it all over again” (laughs). That's what it comes down to, is I love what I do. And when I get to see it, I just think, “Oh, all over again, please” – and with those people again, usually.

Q: It seems like you've had some pretty good experiences with Hallmark. Tell me a little bit about “Marry Go Round,” and what was appealing to you about this project?

Amanda Schull: I have had really great experiences with Hallmark, and this is no exception.

It sounds like a strange word to use for that, but to be able to navigate still with a lighthearted – somewhat of a lighthearted overall kind of blanket – which people tend to expect with Hallmark – there were still scenes and moments and revelations throughout that people can relate to, even if they were a little bit darker.

Q: It's interesting that you mentioned “heavy” and “darker” because, of course, the previous movie you were in with Hallmark, your character was actually dead – which is not something that you see often.

Amanda Schull: That's about as dark as you can get, right? (Laughs)

Q: Well, it's not something you typically see in a Hallmark movie.

It's interesting, because it seems like your Hallmark films have been a little bit out of the ordinary. It's not just girl meets boy, and that's the end of it. There always seems to be interesting settings, whether it's thematically or geographically – or like you said, maybe some heavy or different types of tones.

Amanda Schull: Well, these were all offers. I don't know that people necessarily think of me when it comes to something darker, but I get excited by it. I love it. I love a little bit more of a challenge. And not to say that girl meets boy isn't a challenge, because making that interesting and making that watchable and enjoyable, it can present challenges in itself. But when I saw that there was going to be a revelation and some dark emotion bubbling up in this, I got very excited; and I got very excited that our director, David Weaver, was willing to allow us to be more vulnerable, and not just gloss over those things and, you know, forgive as easily.

And to be honest with you, I'm drawn to things that just seem more honest. It's possibly easier for me, maybe given my career history, I guess, with “Monkeys” and stuff, that just being a little bit more emotional is appealing to me.

Q: I would say it's not so much that people would think of you for darker roles, but I think certainly the network – like the audience – knows you are capable of playing a lot of different roles, in a lot of different types of genres, first and foremost. But I think also, like you said, even a straight girl meets boy is not necessarily something that's easy. And let me tell you, it's not necessarily something that everyone does equally … or well … in every case or every situation.

You and I have talked about so many of your of your projects over the years. I find that you, as an actor, you're lovely as a romantic lead; you're fierce in more action-oriented parts; you've been hella crazy as a villain. I've not seen you give a bad performance; and really what strikes me is that you seem to be someone who works hard – who really puts a lot into their craft, and creates interesting characters.

Amanda Schull: I love what I get to do for a living. And I think maybe it was meant to be that I was an actor, because I don't know that there's any other career I could have been satisfied doing – because I love the opportunity to learn about all of these different careers, and to zip on other people's suits and experiences – and not have to settle on my own.

I'm the kind of person, when I go out to eat, I like to have lots of appetizers. I like tapas rather than settling on one big thing.

I feel like acting can often be just not settling on one career. You know, I've gotten to be a doctor, a virologist – yes, many crazy people – a lawyer, several times. And I learn about all of these different career paths and vocations and personalities and experiences, when I get to be other characters. And that's, for me, something that's so intriguing.

It's sort of like the most intimate of people watching – and I am a big people watcher. And one of my favorite things, when I lived in San Francisco, I used to take my dog for walks at twilight when it was getting dark, but people were just coming home from work. And in San Francisco, in the neighborhood where I lived, people would turn on their lights in their big picture glass windows. And I would take my dog for walks – and this is going to make me sound like a little bit of a creep – but I would see them coming home, and I would see routine. You know, just walking by. I never lingered. But I love seeing a day in a life of somebody else, or just a little snapshot.

And I think that's how I approach different characters, is that I get to create a whole other life – and not just a snapshot. Like, I get to build the past, which is infused into the person so that I'm able to react authentically on camera with the dialogue that's written.

And I just feel very, very fortunate that people think of me to be able to do these – that they give me the opportunity and hire me. 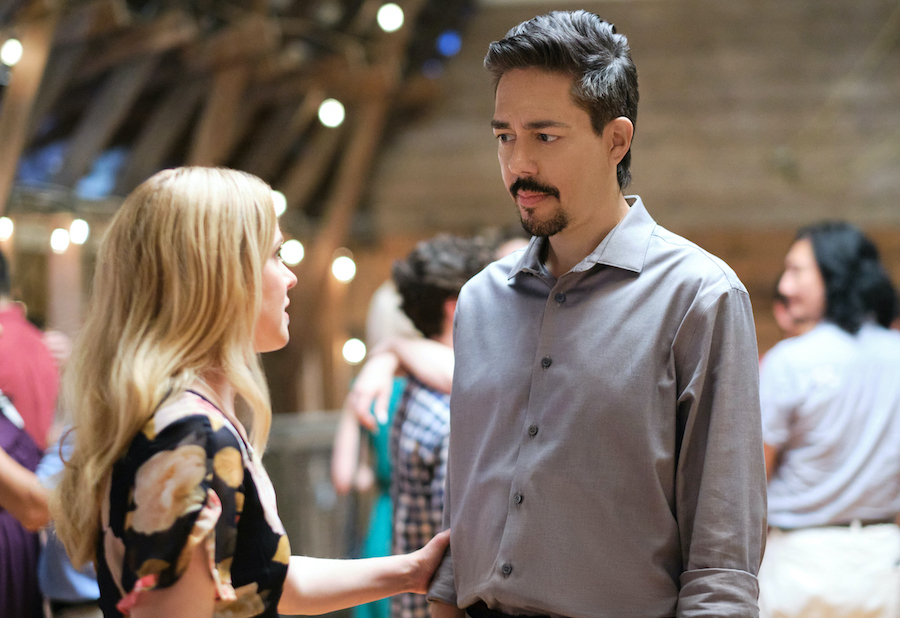 Q: Tell me more about “Marry Go Round.” Tell me about your character, Abby.

Amanda Schull: Let's see, when we meet Abby, she seems very buttoned up. This sounds cliché, but she's got it all together. But she does seem to be – I don't want to say tightly wound, but just that she has succeeded, and is an executive at her business for a reason. She is very driven, and focused, and even the way she speaks and moves is fast-paced and specific.

And, over the course of the film – with a few revelations coming out within the first 30 minutes or so, she begins to realize the journey that she's taken with her life might not necessarily be the one she would have chosen, had things have gone differently.

And that's sort of interesting to me: You know, how many of us have had one little, like, butterfly effect, you know, that it changed the course of our entire lives? And this one seemingly benign gesture made by her mother shaped her life in a way that maybe she would’ve chosen. Maybe not. But it definitely defined who she became for two decades after that.

I'm being very obtuse about this (laughs), so that we don't have many spoilers.

Q: Brennan Elliot, I've also seen give many fabulous performances. What did you like about working with him on this project?

And he – from the get-go, when we first spoke – was so enthusiastic about our roles, and about the story, and the journey, but also sort of the gravy of what we were going get to do – that it wasn't just going to be words on a page. It was going to get to be deep, emotional responses to those words; and he was totally game from the second we chatted, through every single take. And so enthusiastic! 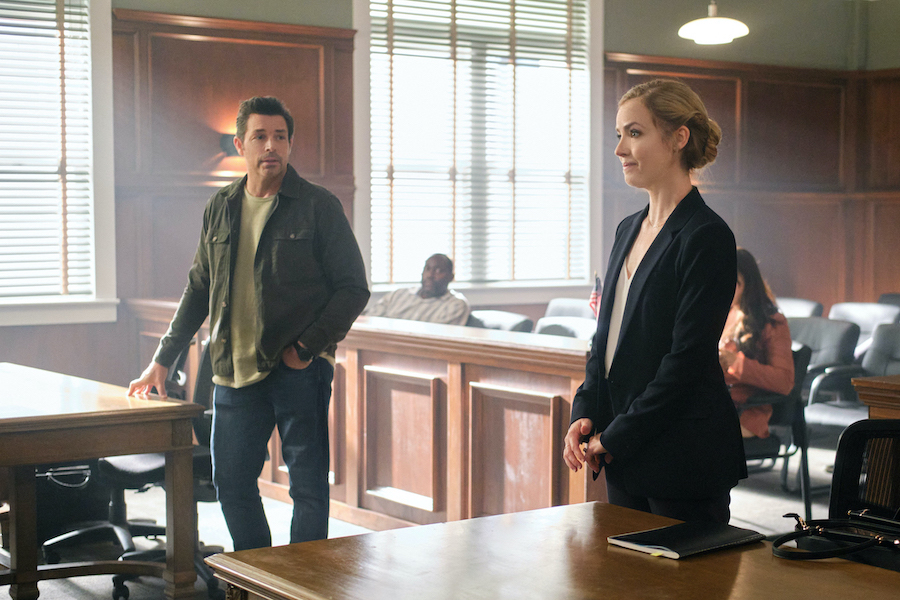 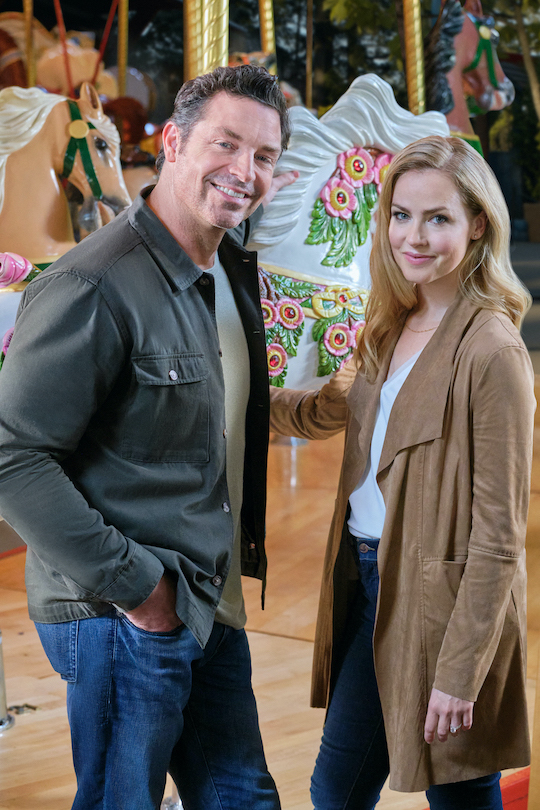