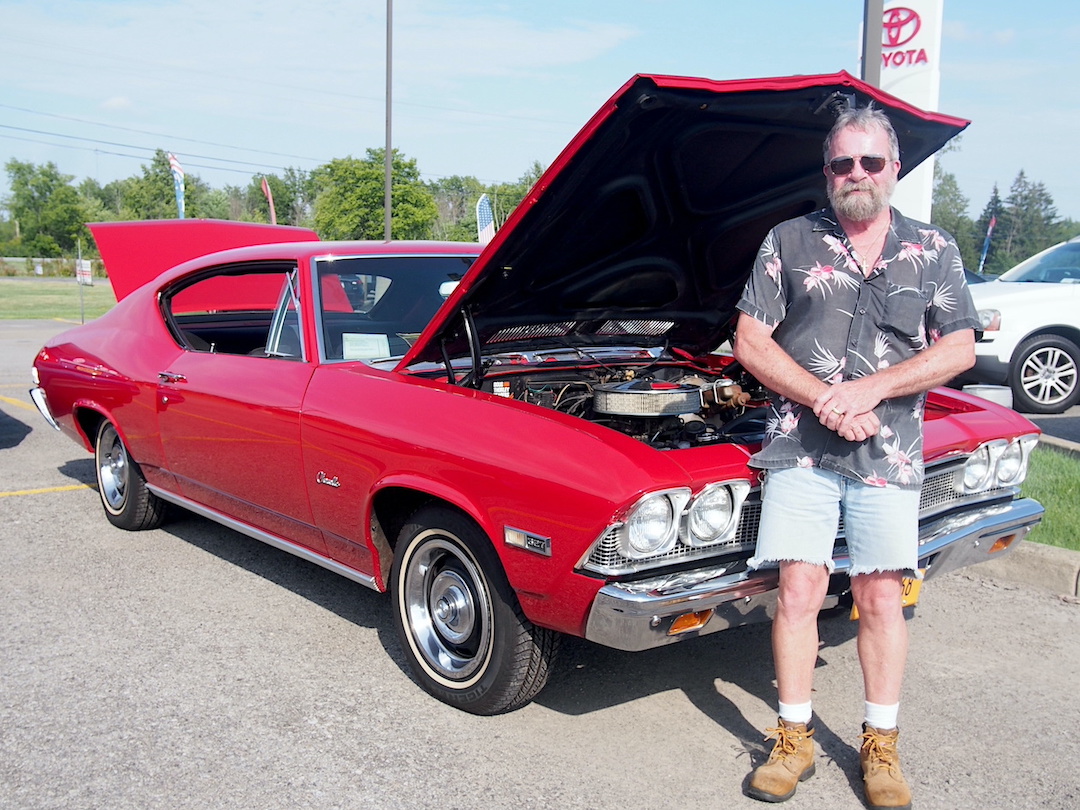 Mark B. Gollwitzer and the Chevrolet Chevelle that once belonged to his late brother, Peter.

Story and photographs by Alice Gerard

For Mark B. Gollwitzer, the 1968 Chevrolet Chevelle that he had restored was much more than a car. It is a reminder of his brother, Peter, who died in 2018.

Gollwitzer, who was showing the car at Relay For Life’s Chicken Barbecue and Cruise Night, held Monday at Fuccillo Toyota of Grand Island, said Peter purchased the car brand-new. Cars became a big part of the brothers’ relationship.

“We were 13 years apart,” Gollwitzer said. “We were very close. He taught me how to drive a four-speed and how to build engines. I taught him how to paint cars.”

Painting cars led to some interesting results for Gollwitzer. He recalled a 1963 Impala that he “did two-toned. I tried laying out flames on the hood and front fenders. They turned out. I painted the body green. It caught a lot of eyes, especially with the sheriffs.”

Gollwitzer added, “Peter and I had fun. We went to car shows together, and we had a car club together.”

After Peter died, Mark bought the Chevrolet Chevelle from the estate. He found a spiral bound notebook in the glovebox, detailing all the work that had been done on the car, written in his brother’s handwriting.

Another car on exhibit at the event was Paul Gast’s 1998 Dodge Viper.

The chicken barbecue was provided by BWs Smokin’ Barrel Barbecue of Blasdell, said Lynn Dingey, one of three co-chairs for Relay For Life. “They do a great job. They are great to work with, and the food is excellent. They cooked in the rainstorm last year.”

Relay For Life 2021 was held July 17 at Fuccillo Hyundai. It rained nonstop all day, resulting in flooding throughout the Island. 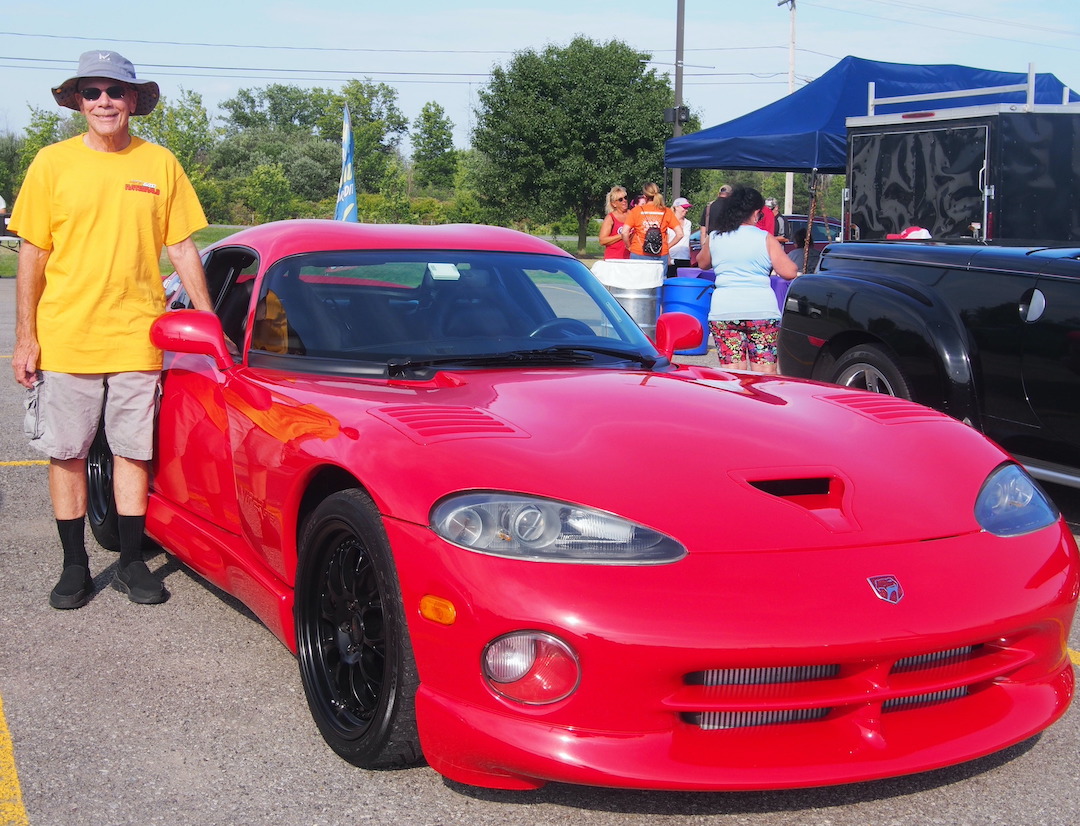