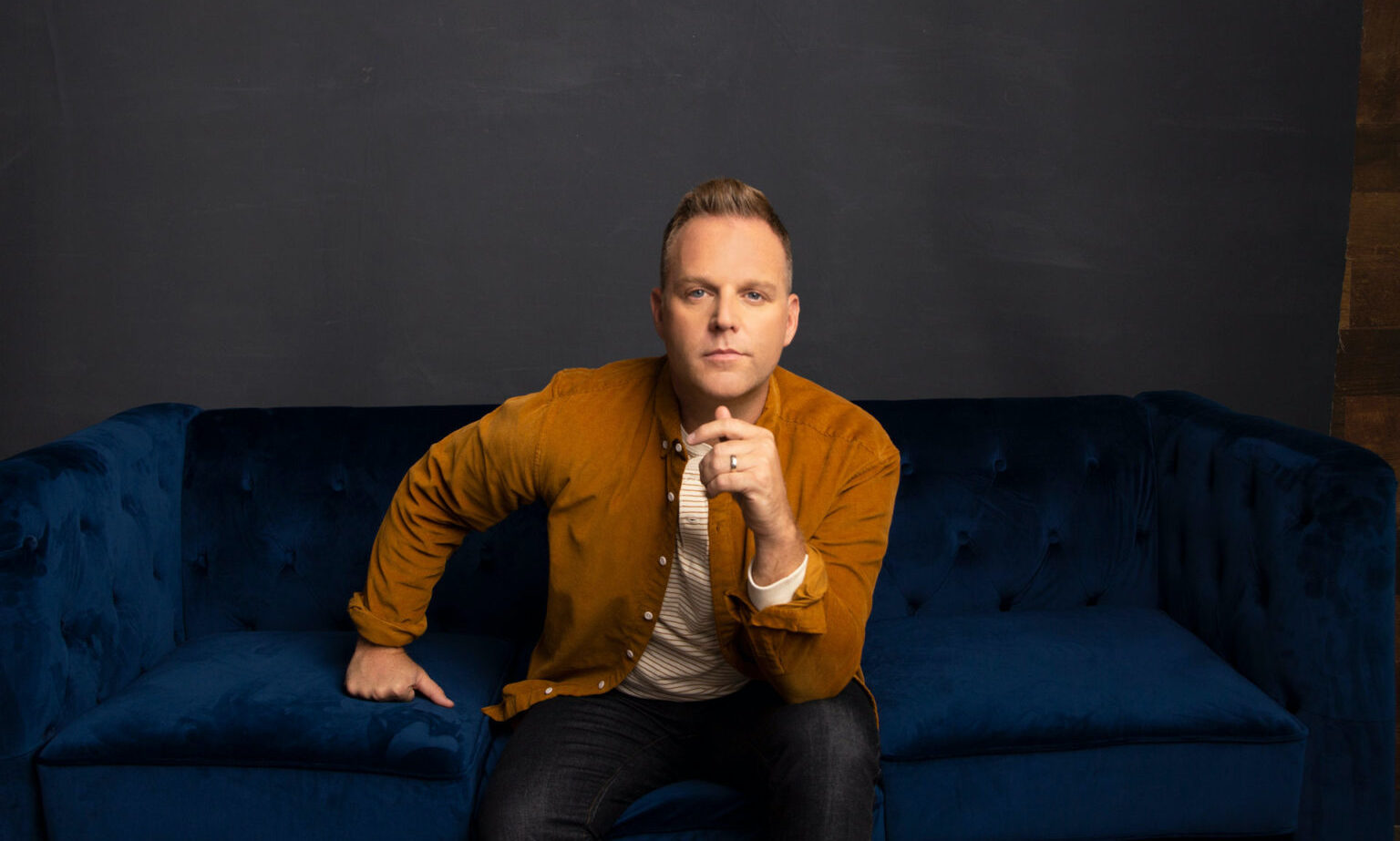 Matthew West is not really an awards kind of guy – ironic, in that he keeps getting asked to host the K-LOVE Fan Awards show, alongside his buddy, Tauren Wells.

He’s happy to give accolades away to others, but not quite sure what to do with his own – and he has more than a few. West is a four-time ASCAP Christian Songwriter of the Year awardee, recipient of an American Music Award and Billboard Music Award, and a five-time Grammy Award nominee. He also has plaques for RIAA-certified Platinum and Gold singles.

“I will say, the other day I was writing with a friend who's got a few awards of his own – and some of his biggest awards I found in the bathroom, which I thought was kind of funny. And I thought, ‘Well, there’s an idea,’ ” West said in a phone interview Friday. “I will say, I have – as I'm talking to you – I actually have a selection of plaques that have been given to me that are on the floor, and have not been hung up; and I'm not sure if I should hang them up or not. Because sometimes I like to stare at blank walls. Sometimes looking at a plaque makes me feel too much pressure (laughs).

“I will say, the Grammy Awards, when you get nominated, they give you this, like, medallion that's like with a red neck. It's like a red string, and then this gold medallion. And when my daughters were little, I couldn't find those medallions. And I went up to the room and found that they were doing gymnastics, and pretending they were in the Olympics, with my Grammy Award nomination metals.

“The West family will find a purpose for every one of them.”

For West, making music is not about collecting trophies.

“I'm very thankful that I've been able to make music, and to be recognized is awesome,” he said. “I mean, obviously, I think to me, it's just a greater indication that, hopefully, your songs are – I don't know – meaning something to somebody, you know?

“So, when I see a plaque, it's really more of an indication that, ‘OK, somebody out there heard that song and thought, “That's the message I needed to hear. That's going to be my anthem. That's going to help me on my darkest days.” ’

“That's really the ‘why’ of why I keep making music.”

If that’s the “why,” “what” West has been doing since the world went sideways was craft a handful of hit singles, including “What If,” "Take Heart," "Quarantine Life," "Gobble, Gobble," and two duets for "Truth Be Told" – one with CMA Awards and ACM Awards winner Carly Pearce, and another with versatile vocalist Lathan Warlick.

He returns to Kingdom Bound on Tuesday with these songs, plus past hits “Truth Be Told,” “The Motions” and “Hello My Name Is.” West also will speak to the crowd, as he does on “The Matthew West Podcast” and through books he’s written along the course of a career that’s taken him to some of the world’s greatest stages.

The creative creator shared more in this edited Q&A.

Q: You are at a point in your career where, I would suggest, you don't need to do festivals. What is attractive to you about festivals? What continues to make that a fun thing for you to do in the summer?

Matthew West: Oh, gosh, it's really unlike any other experience.

I've loved coming to Kingdom Bound over the years, and I think it gathers a different type of audience; it gathers a bigger audience. It's that summertime feeling. Honestly, the band plays a different kind of show in the summer than when we play a regular concert on our tours or whatever that may be. So, it's all those things combined.

I would say this time around, too, Kingdom Bound has been postponed for two years now. And so, when I think about that, I think about the excitement and the anticipation of the people who are going to be attending after two years of being told, “Hey, you can't gather together in New York, at Darien Lake,” right?

And so, I think that's one of the reasons why. I know the band and I are just so excited to get on stage, and get to experience that – sort of what a reunion might feel like, you know?

Q: It was a two-year sort of pandemic pause, if you will, for Kingdom Bound. It's interesting: A lot of the musicians I've talked to in 2022, they didn't do a lot of touring last year. For many of them, this is the first year where they have really gone out and done full-on tours since 2019. I look at your website, and I see all the dates you have done, really since the middle of 2020, and far and away you have toured more than anyone else I've talked to in any genre of music.

Matthew West: Well, that's interesting. I feel like I know artists who toured more than I did, but they were doing like what they called drive-in tours. And it was guys like Zach Williams, and I think even Casting Crowns did one.

I think for me, my approach to touring was it wasn't official touring. It was kind of like back to basics, if you will. Like, if there was a church or somebody that wanted to bring me in for a concert, it wasn't about bringing all the frills – all the bells and whistles. Sometimes, it was me getting in my car and driving to another city where they were allowing people to gather.

But there was something about the pandemic that I just had this mindset that, I may be stopped in my tracks; I may not be able to go on tour – Casting Crowns and I were supposed to go on a 30-city tour, and it got canceled right at the beginning. And so, I thought, “OK, even though our traditional tour is canceled, I still want to stay active. I want to stay creative. I want to stay busy. I want to stay productive.”

Because a lot of times, when you get depressed, and when you get discouraged, is when you stop moving, and you stop focusing on the good that can come out of even bad situations. And so, it was kind of my own way of fighting back the discouragement or depression, and going, “No. You know what? I'm going to believe that God can still use me in a unique way.”

So, sometimes it was a physical concert. Other times, it was a virtual concert. And I did a lot of that from my studio. And then it was launching a podcast during the pandemic. And now here I am, like two-and-a-half million downloads later of my podcast, and it's like, “Holy cow!” If not for the pandemic, I would have never started that – and now I love it.

I don't know. I'm looking back on the last two years and going, “I stayed busy. I stayed creative. I tried to stay positive.”

And I tried to show my family and my daughters, by example, that, “Hey, life’s going to throw curveballs at you. You're going to face unexpected changes in your plans. But that doesn't mean that God’s surprised by it. And it doesn't mean that good things can't come from difficult situations.”

Q: You mentioned the podcast and, as you said, it's been a great success – and congratulations on that.

You also wrote “The God Who Stays.” What can you tell me about your book coming out this fall?

Matthew West: Yeah, I'm so excited about it. It comes out in September.

I started writing it before I even knew I was writing it. I started writing it on March 12, 2020. And the book begins with that story of what took place on March 12, 2020. I was actually in Trenton, New Jersey. Our show had just been canceled due to COVID. And they were about to shut the city down. And they were talking about even shutting the airport down. And I had a really unique experience in an Uber on the way to the airport, where the Uber’s radio station started playing my song. And the Uber driver started singing along to it.

And so, I tell that story in the book. And it was just a really powerful reminder that nothing was staying the same. We were all about to have to be separated from our loved ones and family. And yet, God was telling me that he was going to stay with me. Even when we had to experience social distancing, there was a spiritual closeness that I felt from God. And I thought, “This is a message I think people need to hear.” Even coming out of the pandemic, just to realize and remember that there is one who promises to never leave us – no matter what we're going through.

Q: It sounds awesome, and I'm looking forward to reading it.

I have to also ask you about your upcoming appearance at what I consider to be one of the coolest places in the entire world. The “Night of Worship at the Mother Church,” you're going to be at the Ryman. How excited are you about that opportunity?

Matthew West: Oh, man. It's my first ever show at the Ryman Auditorium. And I'm actually just as nervous as I am excited, just because it's like, I don't know – it just feels like there's a lot of pressure to sell it out, and then make sure it's a really special event. So, we've been rehearsing already for it, and getting ready for that night.

You know, the Ryman, if you've never been to the Ryman for a show, it's hard to explain how special that room is. How classic and just how much tradition there is. And so, it's going to be a real honor to step on stage.

I've been a guest on other shows at the Ryman, but I've never had people come to see my show at the Ryman. I'm really excited.

Matthew West is online at https://www.matthewwest.com/. 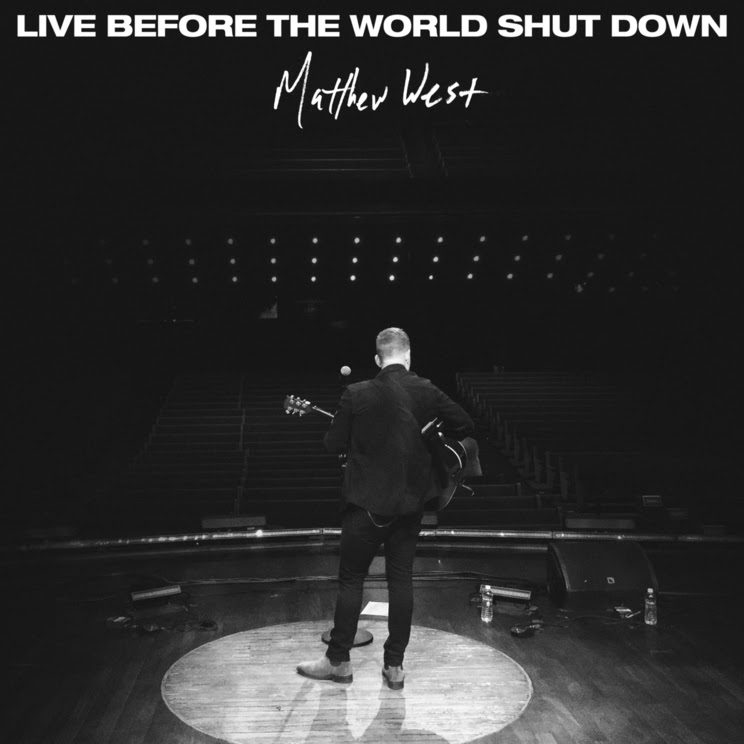