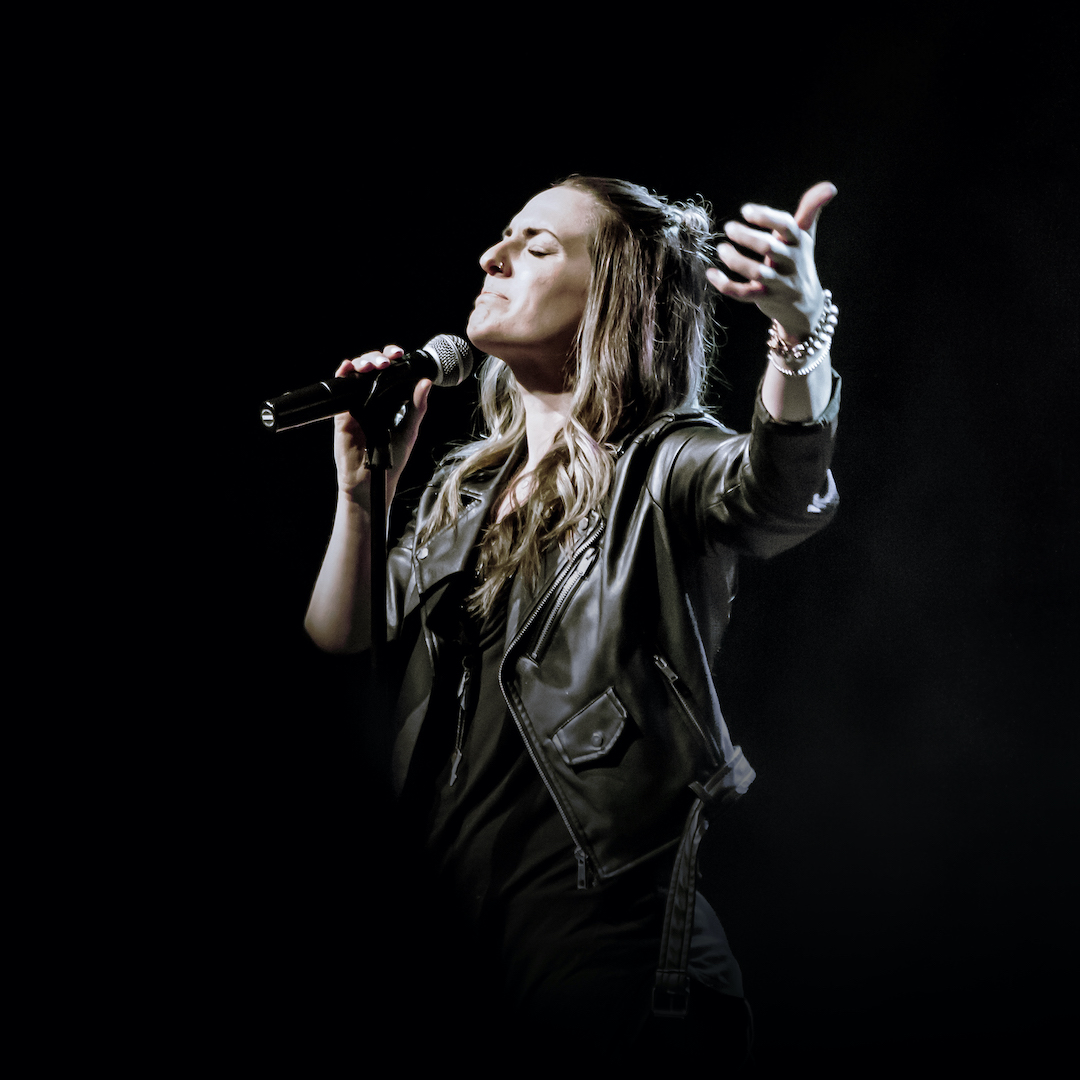 Brooke Nicholls returns to Kingdom Bound on Tuesday. (Image courtesy of the artist)

Once an onlooker, Brooke Nicholls returns to Kingdom Bound as PAC performer

An estimated 40,000 people will attend Kingdom Bound at Darien Lake over the next week. In between campouts, games and inspirational events, the mostly teenage crowd will be stirred up by some of the top names in Christian music.

How many of them will look up on the PAC stage and wonder if, someday, they might be the one motivating the masses?

Toronto’s Brooke Nicholls said, “I went there as a kid, and I got to stand in these tents and up at these stages. And just like, with my jaw dropped, I got to watch some of the best in the business. And I remember as a young girl being so impacted by those moments.”

On Tuesday, Nicholls gets a chance to make a similar impact when she leads morning praise in the worship tent. Then, at 5 p.m., Nicholls will head to the performing arts center, where she will kick off a concert night featuring Matthew West and Casting Crowns.

“Here I am, all these years later, I'm one of the acts – I get to play the main stage. I get to play the worship tent. And it just almost feels like a pinch me moment, you know?” Nicholls said in a phone interview this week. “I'm really thankful, actually, for Kingdom Bound, and just how they are. It's been hard with COVID, but they're still going for it.

Kingdom Bound hasn’t been staged at Darien Lake since 2019. That year also was Nicholl’s first time on the other side of the microphone.

“I was like a little kid on Christmas morning,” she said, laughing. “You know, woke up; it was Kingdom Bound day. And it was amazing. It was just incredible. Meeting people, singing with people, worshiping with people.

The singer/songwriter – a Juno nominee, and recipient of a slew of Canadian Gospel Music Association awards (including New Artist of the Year and Female Vocalist of the Year – three times) – shared more in this edited Q&A. 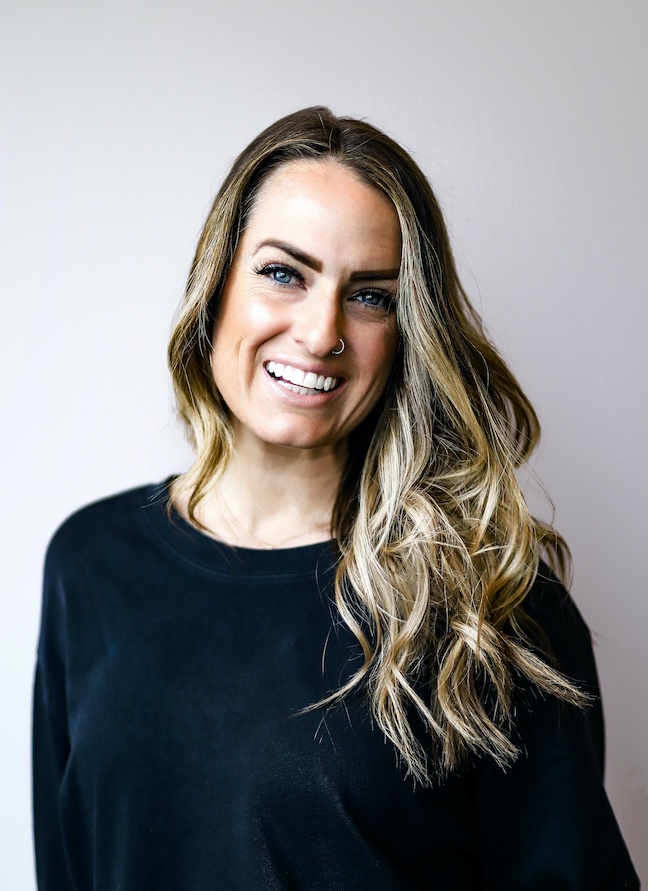 Brooke Nicholls has made her mark as a worship leader. (Image courtesy of the artist)

So, it's a game of endurance, really. And for us, when the doors open to go to the states, like going to Kingdom Bound, or being a part of anything over at WDCX, we gladly go.

Brooke Nicholls: Yeah. I think my love for music is at the top, obviously; but more than my love for music is my love for people. And so, when I see the way that people respond to the music and the way it moves – honestly, like, from the inside out, you can see them being moved, touched, somehow transformed through the music – for me, that's what keeps me going.

Q: It's interesting. I've listened to some collaborations in recent years – H.E.R. and Tauren Wells, for KING & COUNTRY and Tori Kelly, for KING & COUNTRY and Echosmith, Chris Tomlin and Florida Georgia Line. These artists, I don't know if they're Christians or not, but let's assume that some of them are. Certainly, they had a decision when they decided they loved music, and they had a talent for music, and they wanted to share their music with the world. They could make songs that leaned more toward a Christian audience, or they could make songs that didn't – that were more for anyone.

Brooke Nicholls: Well, actually, before I got into the Christian music scene, I was actually in the pop music scene for many years. I knew that I loved music. I knew that I was good at it. And so, I played in clubs and bars, and did that for almost seven years, trying to get a record deal; trying to get myself on radio as an independent.

And it wasn't until about seven years in, I just felt this like personal tug on my heart to put aside the life that I was chasing, and to begin to sing Christian music – and only Christian music.

I'm glad I did, because here I am. Let's say I'm now seven years on the other side of pursuing Christian music, and it's been the most fulfilling seven years of my life.

Q: For me, personally, I've come to have a new appreciation for Christian music in the past year, and for what Christian music can accomplish. But certainly, I think we’d would both admit that – like with you living in Toronto, and working through that music scene – being a Christian artist is certainly more challenging. And it does sort of limit you, to some extent, as far what stations are going to play you, and things of that nature.

Do you also find that it's more rewarding to you personally, spiritually – but also just in terms of the way you see it impacting your audience?

Brooke Nicholls: Oh, yeah, absolutely. I mean, there's no comparison. You know, I could chase fame; I could chase accolades and “Likes,” and radio stations, and all of the things. But at the end of the day, that's not bringing me inner fulfillment. What's bringing the inner fulfillment is trusting that the Lord is leading me down the right path; and watching people encounter the spirit of God, at every show, when I meet them, and they're singing my songs, or I'm leading them in a service of some kind. You can't even compare the two.

When March 2020 hit, I think it was close to a year where we – my husband and I, we both do this as our career – we were completely jobless in that time. It was really hard.

You know, Steve and I, though, we found a way to still make music, and still give it to the church across Canada. We did these online worship videos, and churches were able to access them, and use them for free in their worship services.

So, even though we couldn't tour, there is this really special feeling of, like, “Oh, but we're still able to worship with the Canadian church.” And it was really special to do that.

And here we are, a year after the fact – two years into the pandemic – and we're starting to tour again.

The schedule has been full on, because, you know, life after COVID, everyone's ready now. And so, it's like nonstop. It's great.

Q: In Western New York, we have a ton of summer events and festivals, and when organizers couldn't do them in 2020 – and even when they were limited a little bit last year – they all said they had opportunity to retool and do things maybe a little bit more efficiently or effectively. Did you find, as a singer and as a performer, that that downtime changed your approach to those things?

Brooke Nicholls: For sure. I mean, in the downtime, I actually wrote a book (“Making Room”). I had started it a couple years prior to COVID, but just kind of loosely. And then when COVID hit, I had like a bajillion hours on my hands. I was like, “I have no excuse now. I can really do this.” I can really focus.” So, I was able to focus in on that. And I finished and published a book, which is on Amazon now, which is pretty cool.

And then we also had a baby (laughs). It was actually a wild time for us, believe it or not.

Q: OK. So, if I'm doing the math correctly in my head … during the weirdest time in the history of the world, you had a baby, you wrote a book, and I'm assuming you also wrote the album that you released last fall?

Q: All right. Well, let me see if I can get back on track here a little bit as I try to ponder all the things you did over COVID – and also think about all the things I didn't do, apparently, in the same time frame. …

Your website says “Glory to God” is the best songwriting you've ever done. It’s the most ambitious project to date. Tell me a bit about these songs, and why you're proud of them – and what you hope the audience will get from them?

Brooke Nicholls: Well, I think they're just so different than what I have written in the past. I think, before, my songs were very inspirational. And they came from a real personal place, and I was able to tell a story from a place that I was in. Whereas these new songs, they're just as personal, and just as intimate, but they're different. Instead of being more inwardly focused, they’re more up focused.

I realized that, through the seasons of life – good or bad – I've realized that God is still God; he's still good; he's the only thing in my life that's never changed and never wavered. And I think I just have new eyes to see life, especially since COVID.

And so, out of that season, just these new songs have been birthed. And I think they're really good. And I'm really excited for people to hear them, and sing them.

Q: At Kingdom Bound, you’re doing the worship tent; you're doing the big stage. Do you take a different approach for each of those platforms? Are there songs you do one area that you won't do the other area?

Brooke Nicholls: Yeah, so when I do the worship tent, it'll be corporate worship. I add a lot of songs that I know people know and sing to already. I really love that corporate singing together. And I'll add a couple of my own songs in there, just to share the heart behind them and some stories.

But then when I do the mainstage, it'll be all my own songs. So, you know, maybe one that people will know, because it's a radio hit. But the others will be probably fresh to them.

I definitely take different approaches in those different circumstances.

Brooke Nicholls is online at https://www.brookenicholls.ca/.