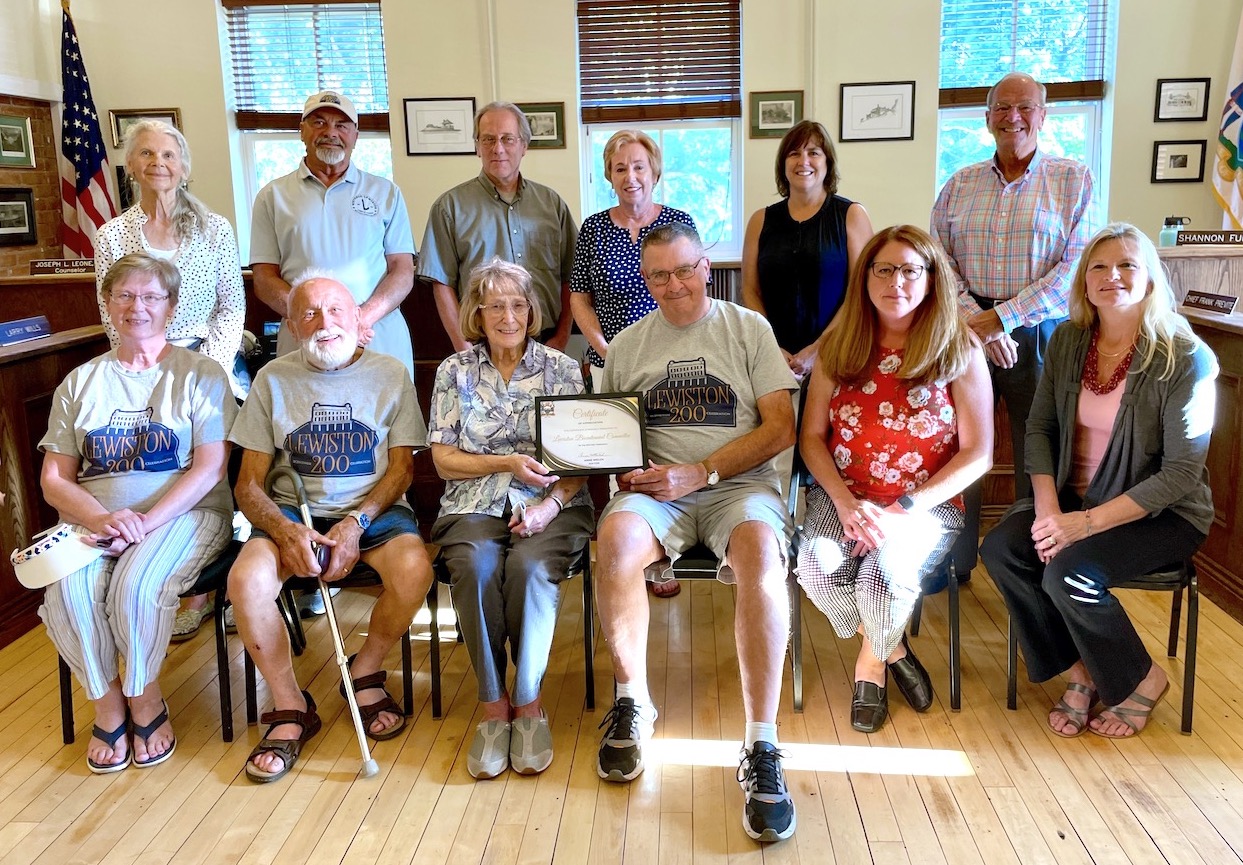 Lewiston’s bicentennial weekend drew rave reviews from residents for its combination of special events – including a parade, a performance by the Buffalo Philharmonic Orchestra, and an extended display of fireworks on the Fourth of July – as well as a series of articles on historical sites that ran in this publication in the months leading up to the special occasion.

On Monday, the Village of Lewiston Board of Trustees presented proclamations to key people instrumental in organizing the 200-year celebration. 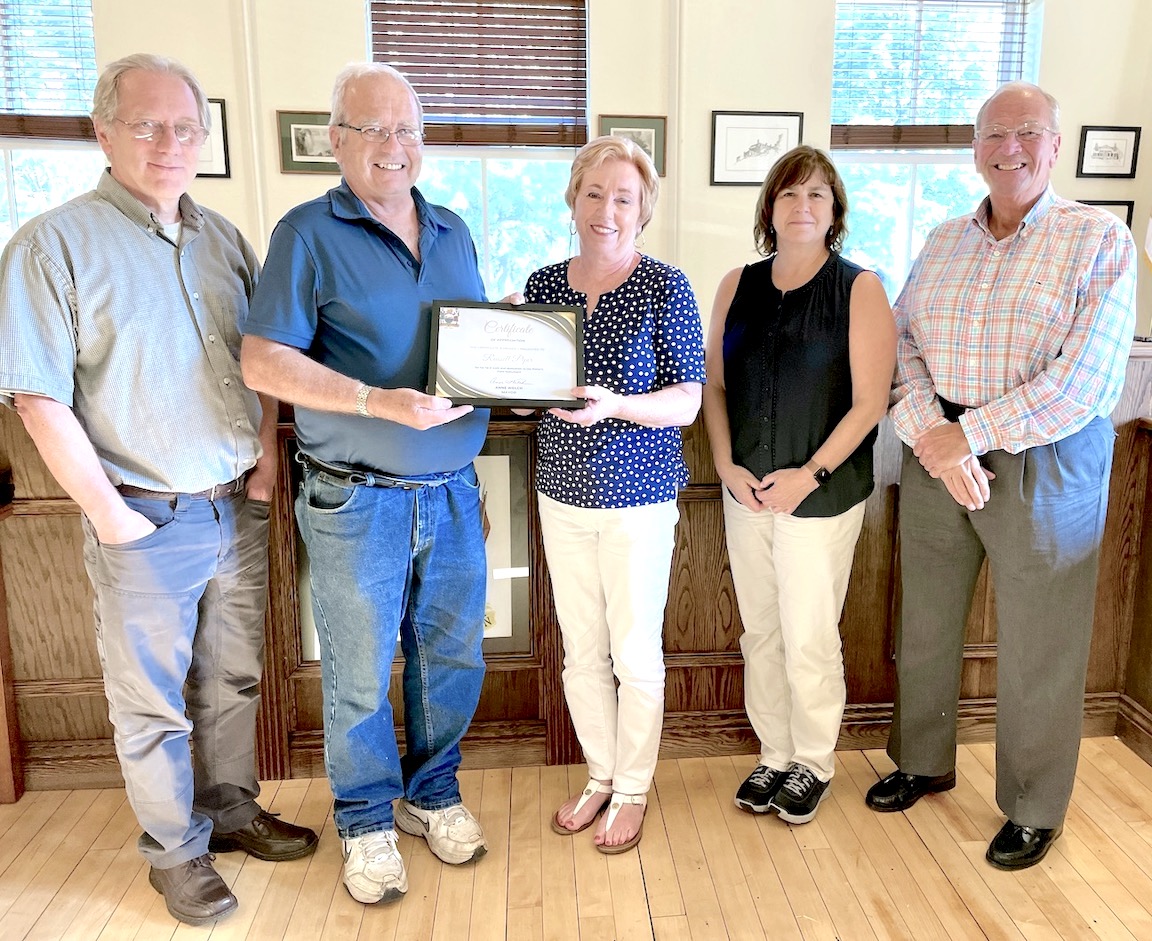 First to receive special recognition was village Historian Russ Piper, who spearheaded the potter’s field monument and dedication Sunday afternoon in the cemetery next to First Presbyterian Church.

Mayor Anne Welch said, “You did a marvelous job. It was a beautiful ceremony. We really appreciate all your hard work.” 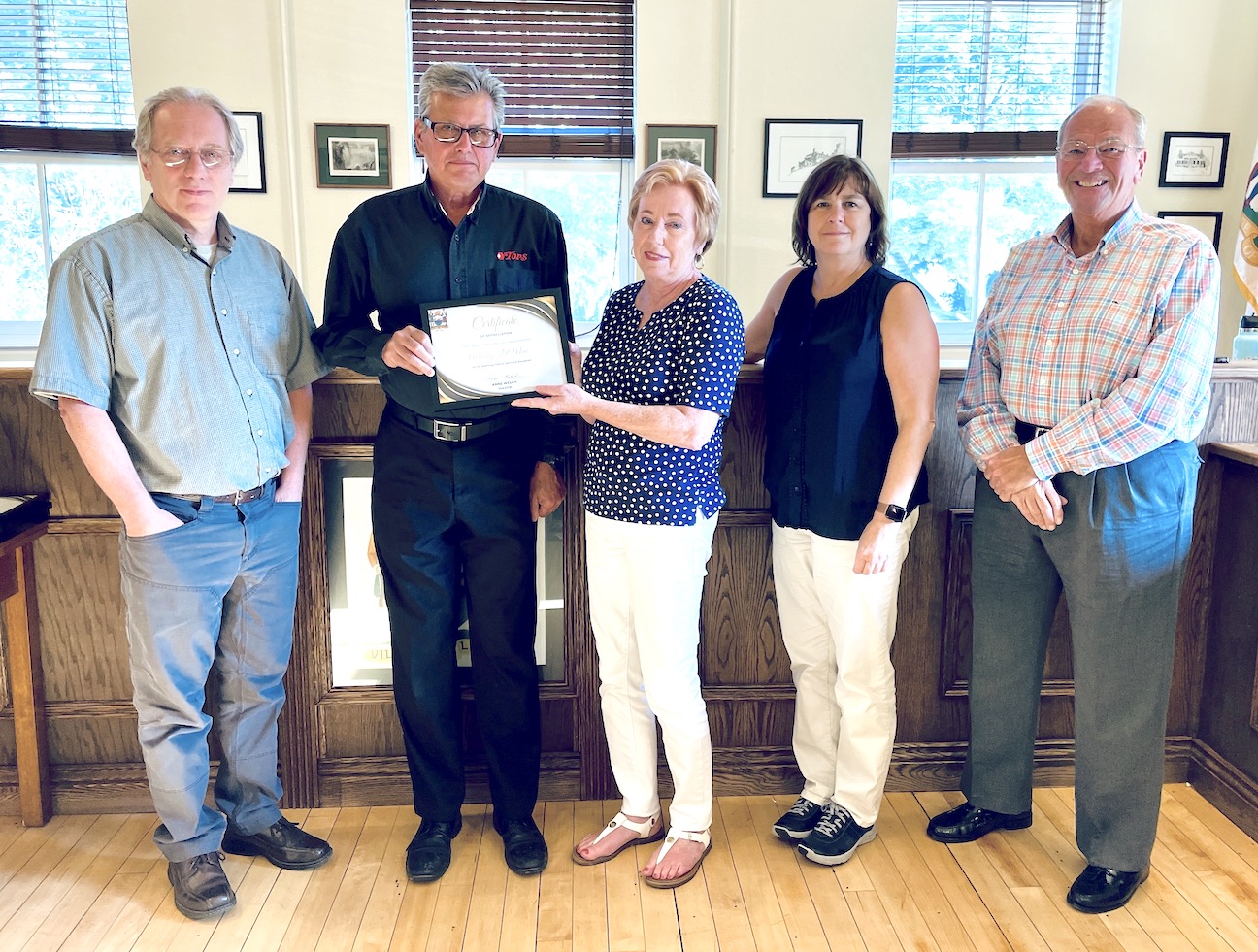 Next up was DiMino Tops Lewiston owner Anthony DiMino, who paid for the Academy Park stage to be moved to a more open location – at the corner of Portage Road and Cayuga Street – and had it renovated with a larger platform and more spacious green rooms.

The Alphonso I. DiMino Memorial Band Shell was dedicated Saturday afternoon, prior to a performance by the BPO. Additional concerts on bicentennial weekend came courtesy of the “Summer of ’69” all-star band and Nerds Gone Wild.

DiMino said, “If you haven’t heard, we’ve already booked the philharmonic for July 1 of next year.”

Finally, the Village Board recognized the bicentennial committee.

Welch said, “They did a marvelous job for our 200th year. We appreciate everything you did. I know there was a lot of hard work that went into this; months and months of planning. It turned out beautiful.”

She added, “It was unbelievable. Everything went off great. … I was so proud of you.” 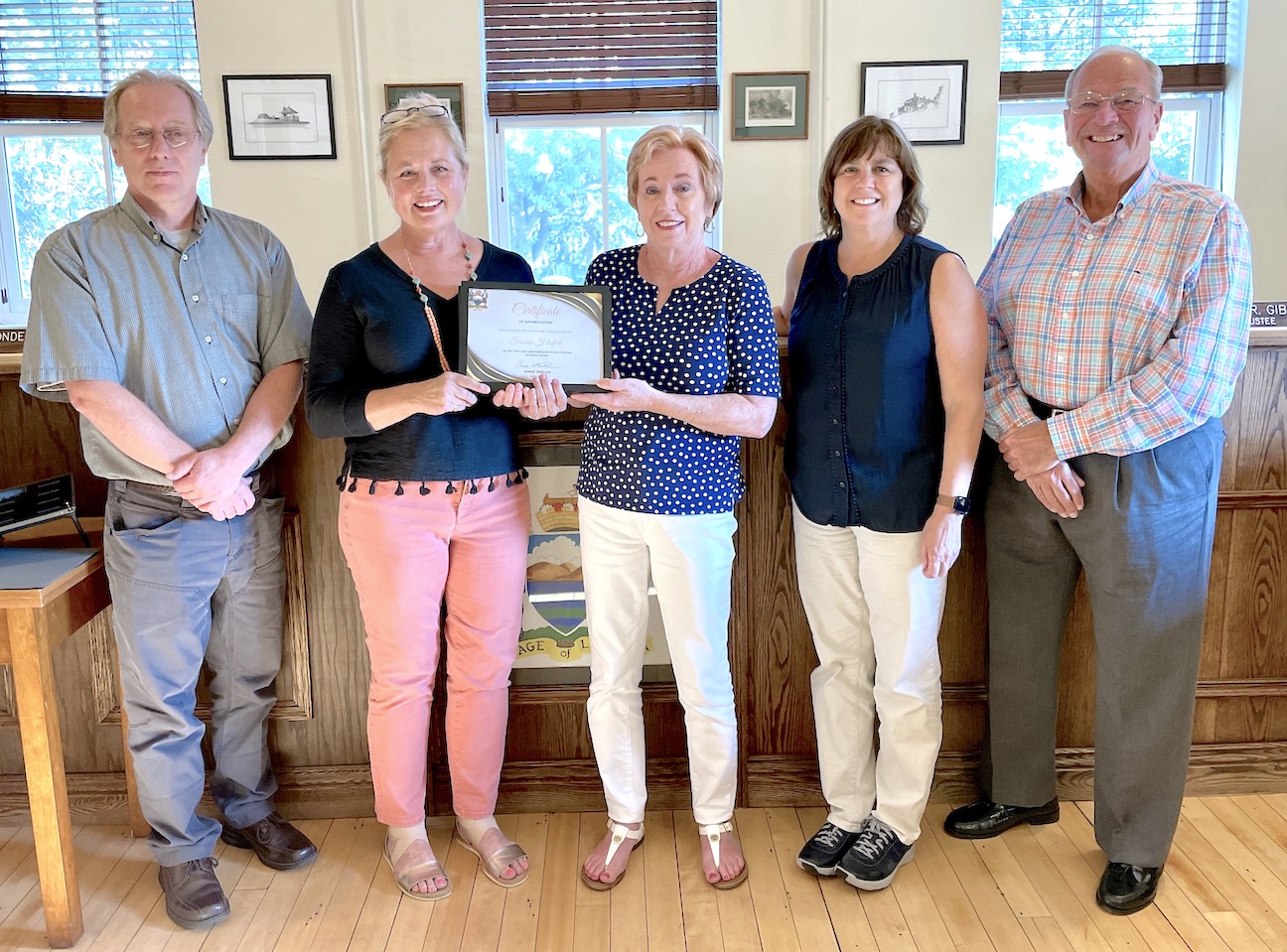 Welch said the women took charge of the garden “after it was ripped up” by time and development. The Village of Lewiston Department of Public Works also helped out, by installing a water line at the site. Collectively, the team “restored that whole park,” the mayor noted.

“They went out, and they found all these new plants, and packed them into the back of Paul (Fitzpatrick)’s truck; stopped by my house with all this shrubbery hanging out. …”

“Think ‘Beverly Hillbillies.’ That’s kind of what it was,” Hofert remarked.

“They were like, ‘Look at everything we got!’ ” Welch said. “They went up to their Femmes en Force garden, and they volun-told their husbands they had to go with them. They did a beautiful, beautiful job replanting that whole garden.”

“We’re happy to do it,” Hofert said. “We have to thank the DPW, as well. They respond at a moment’s notice to help us. The guys have come and helped dig, and they brought mulch. So, many thanks to the village.”

“And they finally got you water,” Welch said.

“And we have water, for the first time ever – that’s awesome!” Hofert said. “Thank you – thanks so much.”

Hofert said the two groups are working with Fox Fence on a plan to gradually replace more of the white picket fencing along Center Street. With an estimated cost of $85,000 to $90,000, she said repairs would likely be made over time.

“We’re hoping to do a section at a time, either through fundraising or whatever we can do in the community to get those fences back,” Hofert said. “So many people identify our historic village – coming into the village – with those fences.”

Welch said the fences were installed as part of the Center Street streetscape redesign at the turn of the century. She noted the village could help with repair work.

Moreover, the municipality could allocate some of the proceeds from the recent sale of the “Big Yellow House” on Ridge Street to replace fence pieces.

“We put those fences up,” Welch said. “We can’t expect the homeowners to put another fence out once ours deteriorates. I think it’s up to us to replace.”

Hofert is a member of the Historic Preservation Commission. Tasia Fitzpatrick serves on the Planning Board.

Assessing the many accolades presented at Monday’s meeting, Welch said, “I’m very proud of all our volunteers in the community. You can see, just looking around, how much we can accomplish with them. Thank you, all.”

She also acknowledged Sue Sullivan and Sue’s Frame of Mind for encasing state proclamations the village received in honor of the bicentennial. Those decrees are hanging in the Morgan Lewis Village Boardroom.