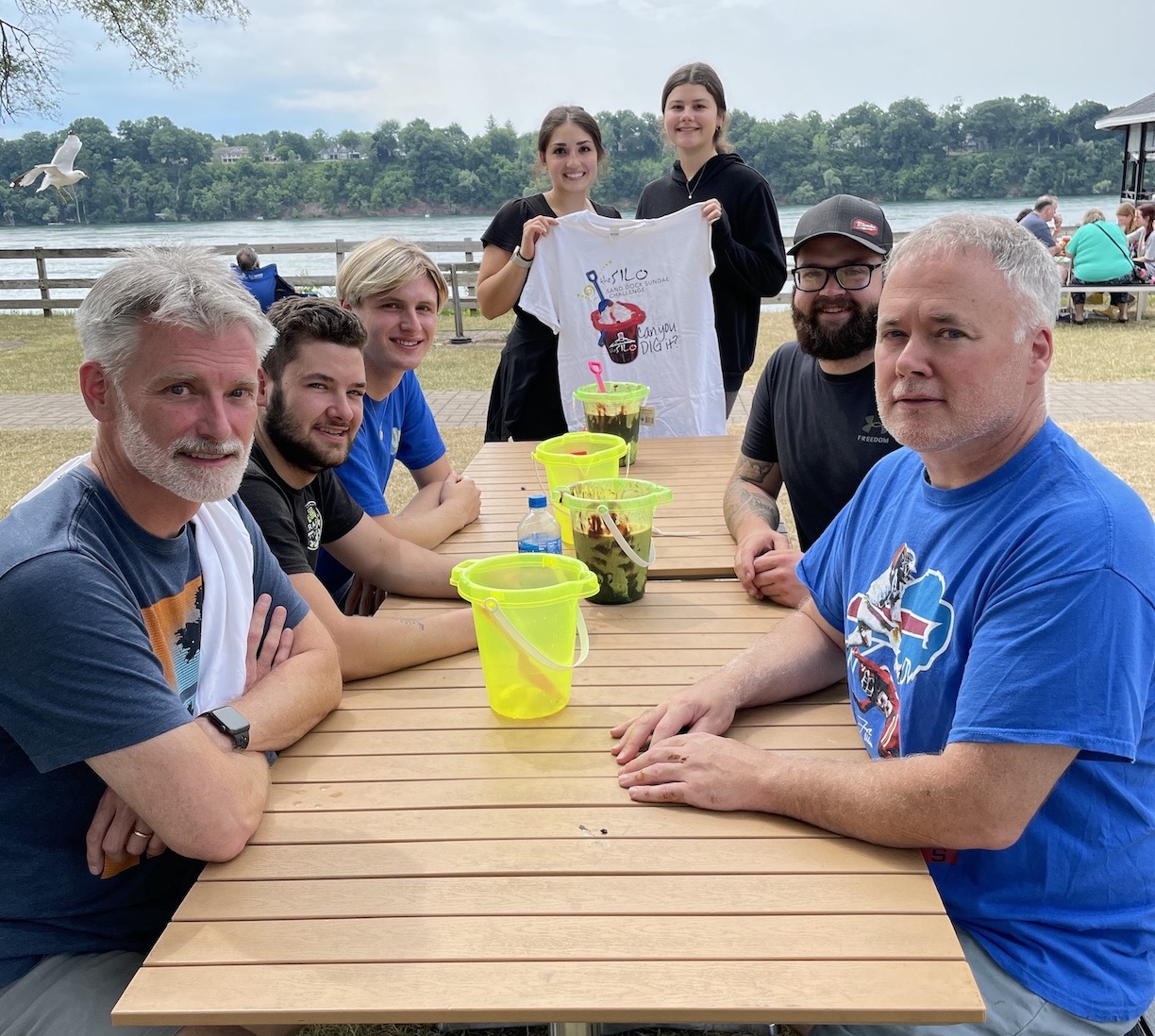 Indeed, many a sweet tooth was satisfied by the extra-large novelty, which consists of nearly a gallon of Perry’s ice cream. The sundae is uniquely served in a plastic sand pale and topped with whipped cream, a cherry, crushed sandwich cookies and gummy worms to give it a “sand dock” spin. Those finishing the $29.99 dessert win a souvenir Silo T-shirt.

At a picnic table in the park adjacent to the North Water Street eatery, Lance, Evan, Patrick, Luke and Troy Smeal – a family with ties to Lewiston, Lockport and the United Kingdom – tried no less than five Sand Dock Sundaes. Flavor choices included cookies and cream, vanilla and chocolate.

Lance said, “Last year, when they (Patrick and Luke) were here visiting, one of us said, ‘Hey, we should try that.’ So, we decided to try it. It’s Ice Cream Day. We gave it a shot.”

They said, at first, it was easy attacking the myriad mounds of ice cream. About halfway through, however, the task became much trickier.

“And one of us is walking around trying not to throw up!” Troy said, as the table members laughed and proudly displayed their prizes. 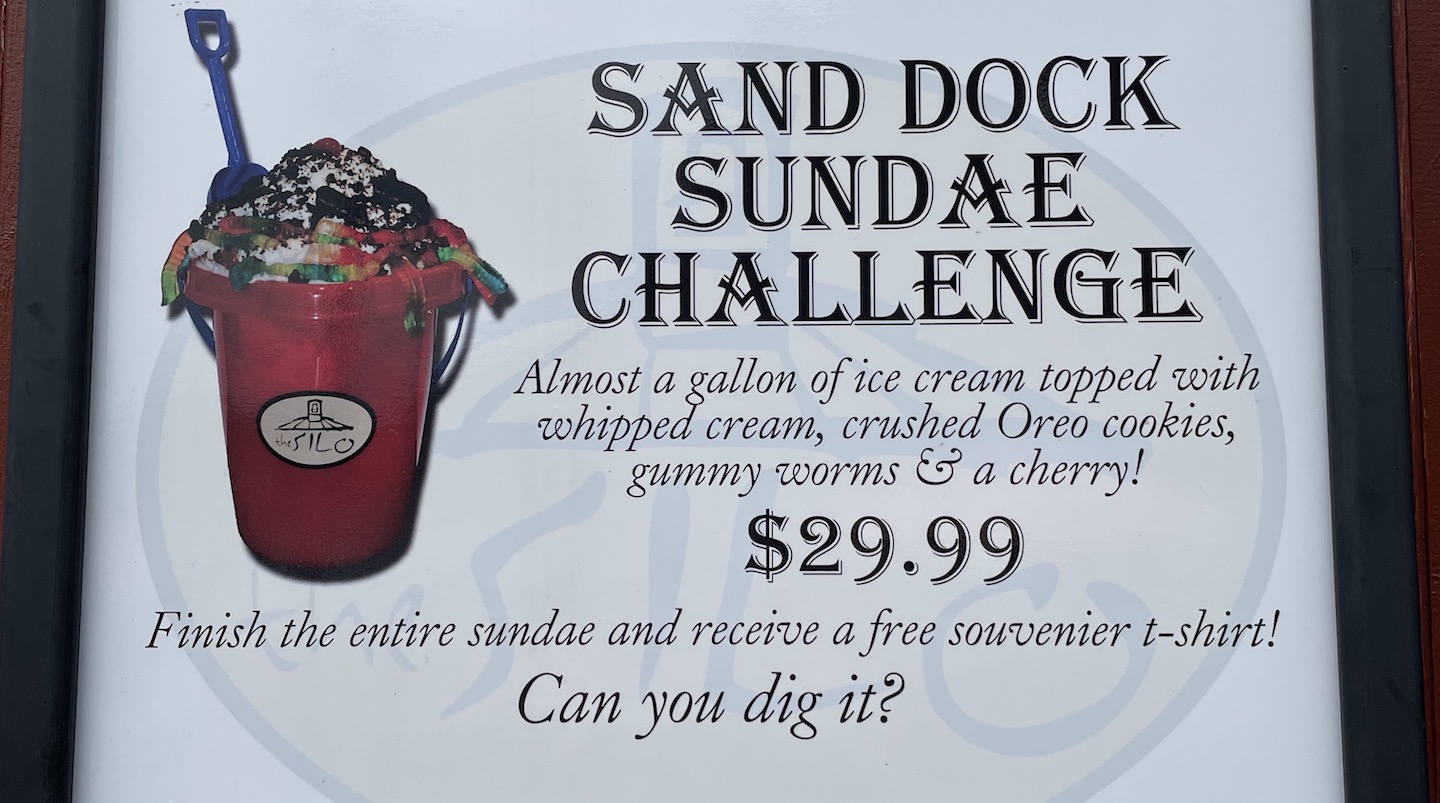