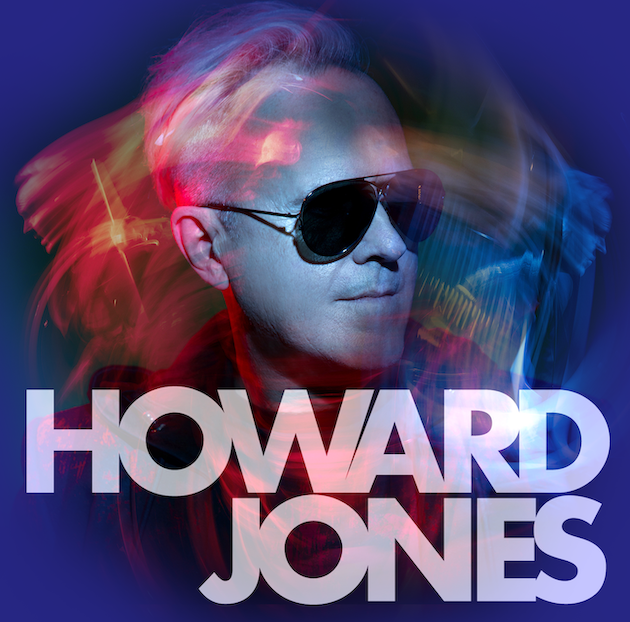 Among the titles given to Howard Jones – new wave icon, synth/electronic music pioneer, 1980s hitmaker – we can now add humanitarian.

For the past seven years, Jones has embarked upon a mission to make the masses more manageable – that is, he’s trying to spur specific actions with his words.

“ ‘Engage’ (2015) was really saying don't be a bystander. Don't be somebody who just sits in the background and observes. Get involved in your own life, and in the bigger picture, in the world. Don't just be watching it on the sidelines,” Jones explained in a recent phone interview. “And then ‘Transform,’ (2020) you know, if we want to change the world, then we have to start with ourselves. You have to change the way we view each other, and respect each other, and work on the negative sides of ourselves that drag us back.

“And then ‘Dialogue,’ (2022) it's sort of more thinking like this is uniquely what we can do as human beings, you know? We can actually talk to each other; we can exchange ideas; we can discuss our differences; we can empathize with each other's difficulties and problems – and isn't it amazing. Let's not just hold it all in; let's talk to each other and discover our common humanity.

“Then the next one (‘Global Citizen’) is going to be how do you put all those things into action in the real world? And that's being a global citizen aware of the big picture. We're one world, and what we do here affects everyone.”

Jones will visit Buffalo on Thursday night with songs from this collection – and some well-known favorites (“New Song,” “Things Can Only Get Better,” “Life In One Day,” “No One Is To Blame,” “Like To Get To Know You Well” and “What Is Love?”). He headlines an 8 p.m. concert at Asbury Hall.

The musician, who, in recent years has had singles included in “Stranger Things” and “Bumblebee,” recently chatted about getting back out on the road with a major tour following the two-year pandemic. Jones also shared thoughts about making new music, and a magical flying piano. 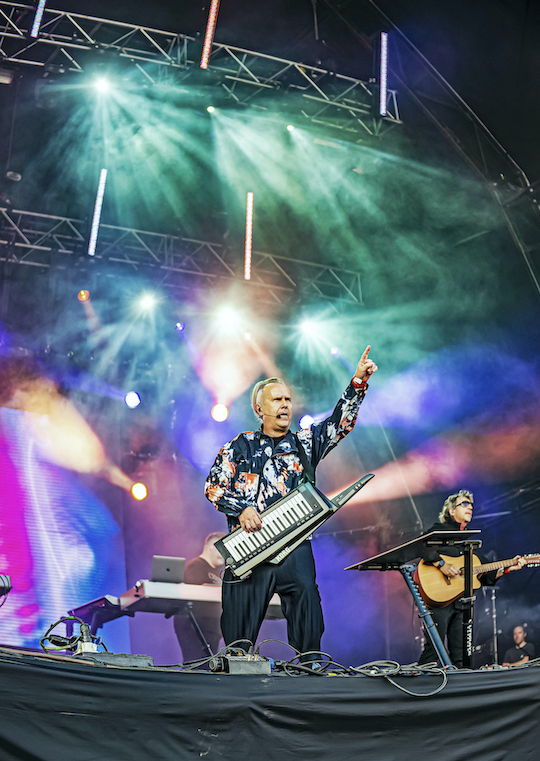 Q: What is this I see about you taking delivery of a piano in the sky? What's that all about?

Howard Jones: (Laughs) I just got delivery of a new Steinway. I've had a Steinway since 1989, I think. And so, my old concert grand is being auctioned at the end of (June), and I'm getting this new piano.

And the new piano is incredible because it's got this facility that, when you play stuff into it, it can play it back to you exactly as you played into it. And then you can edit it with an iPad. And so, for me, it's like a combination of all my programming skills and my playing skills manifested in this amazing, brand-new Steinway piano.

I am so excited about it. I can't tell you. I can't wait to get home!

Q: Certainly, you're not going to carry a Steinway up the stairs, right?

Howard Jones: (Laughs) That’s right. When you see the video of it going in, it's hanging above the house. There's a balcony and there's a door, so it goes into my studio through there; so, it's safely in there now.

I played it just before I left, and it's just amazing. I’m very happy.

Q: Before the pandemic, I saw you open for Barenaked Ladies at Artpark, and then I saw you headline a show at Fallsview Casino. We've been fortunate to have you out this way a few times in recent years.

Howard Jones: I love the idea that people can, relatively easily now, cross the border. And as you say, have America fans and Canadian fans coming to the shows, whether it's on the other side of the border or the American side. And that always makes it very exciting, actually, because some people are going to another country to hear the gig.

And I lived in Canada as a kid, between the ages of 9 and 14, so I have a big connection with Northern America. And my parents used to drive us down to Niagara. So, it is one of those parts of the country that I do actually have sort of a childhood connection with.

Q: Both of the shows were great. it didn't matter if you were opening for Barenaked Ladies or headlining your own show. I can tell you that, certainly, the fans at those shows were not disappointed to hear your hit songs. But we know you're touring new music – and new music has been something you have been creating a lot of since 2015. A lot of your contemporaries are just happy to tour the hits. What continues to motivate you to make new music?

Howard Jones: As an artist, I have no choice. It is in me to create new things and always be trying new things, and this is what I do. I write songs; I love being in the studio; I sing. And it's like if you let that muscle go unused, then it stops being strong.

For me, I am so lucky to have people who have followed me for 40 years. And I almost feel like I owe it to them to keep producing new music. Even though I know that album won't travel in any way like the first five albums did. It doesn't mean to say that they aren't as good musically, or worthy of being heard. Because I spent just as much time on them as I would have done in those early days.

I think that's what artists are supposed to do, isn’t it, really! (laughs). Keep going.

Q: It's interesting because there's like, what, five musicians who sell albums anymore these days? You basically have to be Taylor Swift, or forget about it.

Q: But for you as an artist and someone who's creative, is this a better scenario – not having to worry about sort of the business end as much, and making music now solely for your fans, for your live shows and for yourself? I mean, is that really the ideal situation?

I mean, when we do the shows, obviously, I will play the hits because, as Paul McCartney – I was listening to him saying – you know, if I went to somebody's show of an artist I love, I want to hear the songs that I know. And I feel really annoyed if they didn't play them.

So, yes, I have to build it around (my hits). I'm lucky that we present our music electronically, so I can always be upgrading the sounds and tweaking things, and giving them a slightly more contemporary twist, but without making them unrecognizable, of course.

I'm always mindful of that. You've got to take your audience with you. Otherwise, you're just on an ego trip out there. So, I'm always sensitive to change the set if I don't think it's working.

With regard to “Dialogue,” tell me a little bit about how it fits in with “Engage” and “Transform” – and how does it not fit in? How is it different from those albums?

Howard Jones: Yeah, well, it's part of a set of four. “Engage” is the first; “Transform” then “Dialogue”; the next one is going to be called “Global Citizen,” which I hope to do next year.

They're all electronic albums, mainly. And what's different is that, with this one, because we were all locked away for such a long time – not being able to go out; not being able to see someone – I had a lot of time on my hands in the studio; and I could do a lot of experimentation, that maybe I wouldn't have pursued if I was on a deadline of my own making, to finish an album. I just had time to sort of have fun and play in the studio with new sounds. And I got a few new synths in and was learning how to do those, and I wanted to play with the idea of my voice sounding different on a lot of the tracks – singing or quietly doing a lot of vocoded stuff. And you know, singing higher, doing lots of harmony; big harmony pieces.

In general, it was like more experimentation and more vocal arrangements, and plenty of time to experiment.

Q: You mentioned a minute ago about flexing a muscle, with regard to writing and recording and singing. I'm wondering about the touring muscle. I was reading an interview you did with another outlet, and you said you are hoping that, when you get out there, it will all come back to you – and that it’ll fall into place. Have you found that to be the case? Have you found that it's come back to you? What has been your reaction to getting back out there after the hiatus?

Howard Jones: I always have an insecurity about, “Oh, is my voice still gonna be there? Am I going to remember how to do this? Am I gonna be able to speak to the audience?”

You know, if you haven't done it for a while, those old anxieties come back. But to be honest, as soon as you get out there, and you see those lovely people in front of you, it all comes back and falls into place.

This has been a great liberation for me on this tour. You know, I'm able to go up to the keyboard when I want to add something, or an idea to improvise. But mainly, my guys take care of the parts that I would normally play, and I just can concentrate on being the frontman, which really has been very good for me. 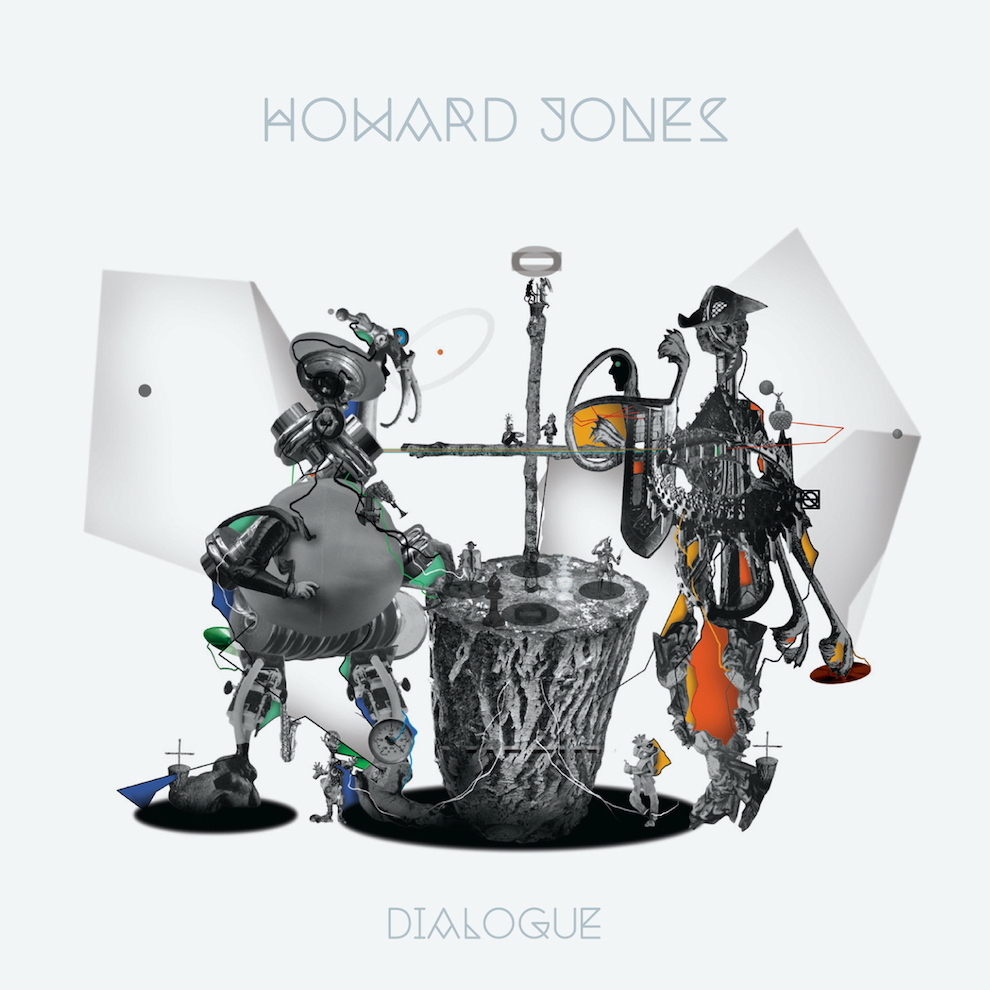