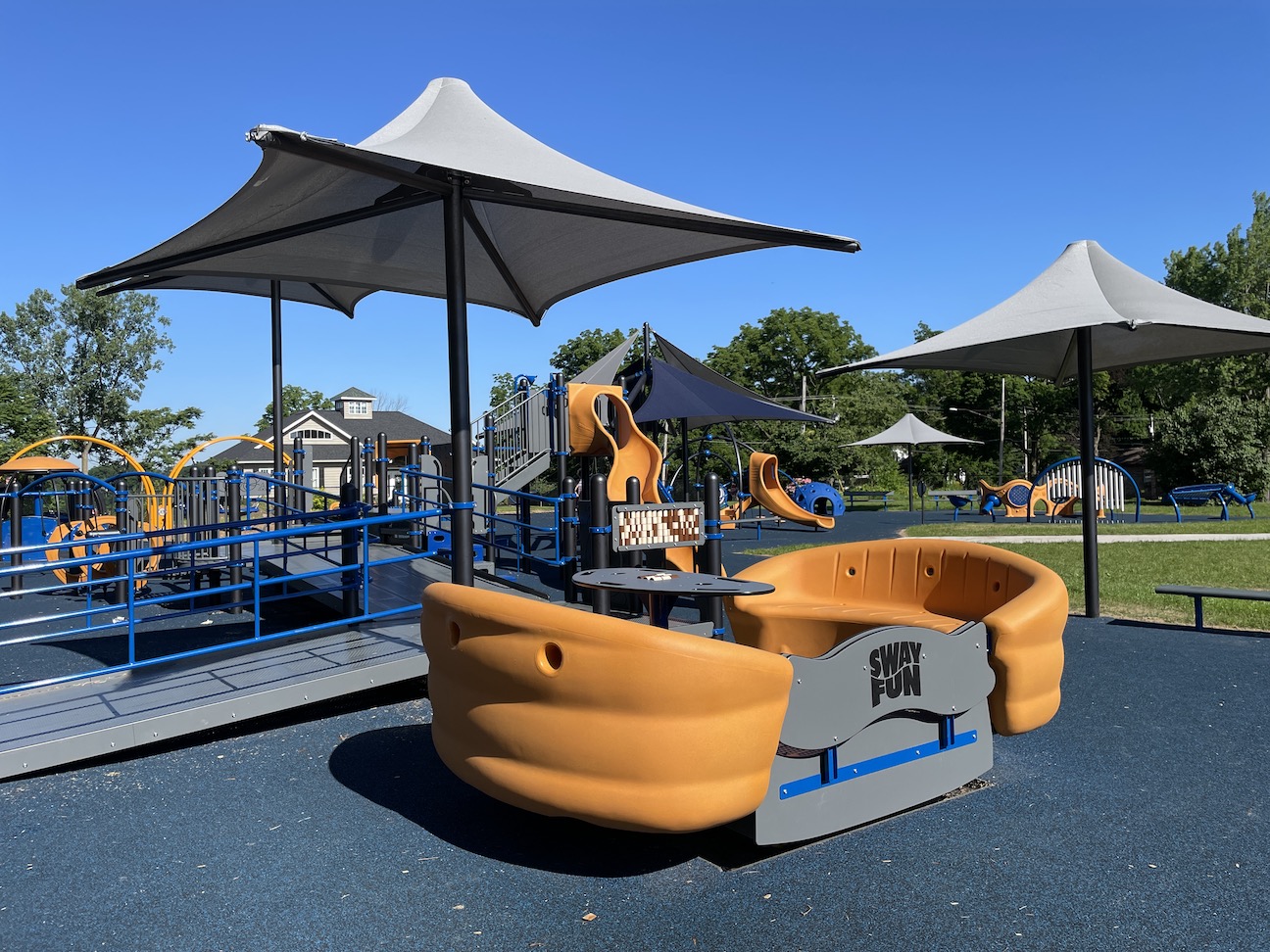 Positive reviews so far for playground

Village of Lewiston still working out some kinks

Once the splash pad was activated last week, the new playground at Marilyn Toohey Park was the place to be for families and children looking for summer fun in and out of the sun.

On Facebook, Lynn F. wrote, “Absolutely beautiful for ALL children! Congratulations for being an inspiration, Lewiston!”

Colleen C. noted, “Beautiful been there the past 4 days.”

Village of Lewiston Mayor Anne Welch said, “I am very happy to have the all-inclusive playground and splash pad open at Marilyn Toohey Park. I love seeing the children in the park, especially playing in the splash pad.”

She noted, “The construction of this playground has not been a ‘walk in the park.’ It was built with hard work from village employees, contractors, and community volunteers. We still have some details to work out and finish, and we are planning a grand opening later this (summer).”

For the most part, comments received by this media outlet have been positive. One issue still being addressed is security. Trustees discussed park safety and fencing at their meeting last week.

“It is unfortunate that there has been some vandalism, theft, destruction and abuse of the equipment,” Welch said.

She emphasized, “Security cameras are being installed. Anyone responsible for these actions will be arrested, fined and prosecuted.

“This park is for the community, so please take care of it.”

Welch added, “We are renting the pavilion out for birthday parties, etc., and will be determining rental rates.”

The playground cost was about $700,000. Primary funding came from the Dormitory Authority of the State of New York ($250,000) and the Niagara River Greenway Host Community Standing Committee/New York Power Authority ($200,000). The village has contributed about $80,000, while the rest of the financing came from private donations.