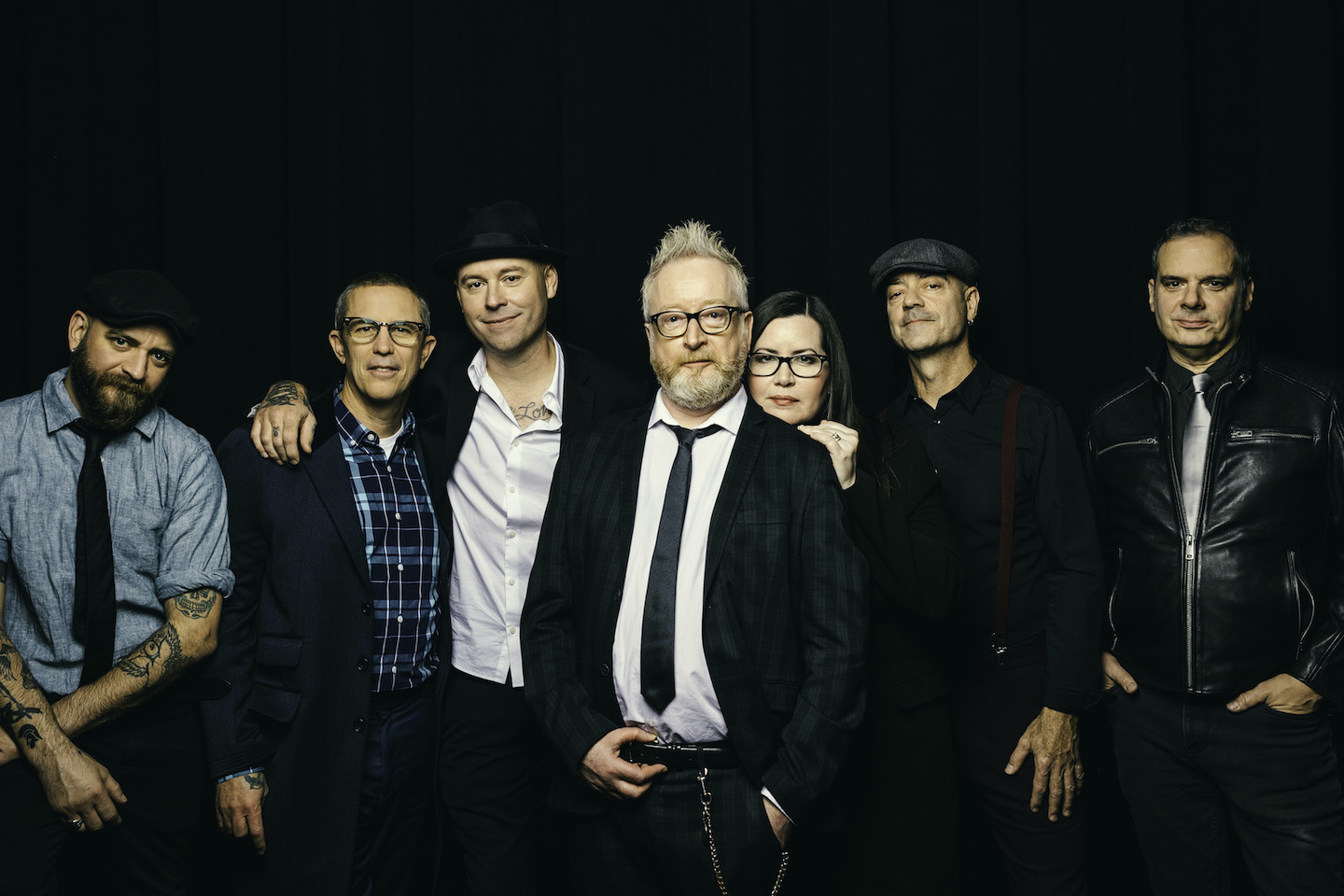 A little over 20 years ago, I caught Flogging Molly performing at a small club in Rochester. I was a single, custodial dad of a couple of young sons, and one of them begged me to take him and his younger brother to the show on a school night.

Fast-forward to 2022, and that scrappy Celtic-inspired punk band that played to a hundred fans two decades ago is co-headlining a show with The Interrupters at Artpark on Saturday, July 2. My sons and I have attended at least one Flogging Molly show a year since that first time we saw them. One of them was a live broadcast during the pandemic.

Flogging Molly’s de facto leader is Dave King. The Irish-born singer-songwriter was the frontman for Fastway, a band I saw open for Rush, before he reinvented himself with Flogging Molly.  It may be one of the most dramatic, and undoubtedly the most successful makeovers by a popular musician.

Landing an interview with Dave King has been a goal for years. I have interviewed other band members – some multiple times – and while they never disappoint me, King has been the one I have been chasing for over a decade.

There was only one problem: I have five Chihuahuas that love to bark at inopportune times. Usually my wife is home to calm them down, when I am recording an interview, but not when I was on the phone with King.

“How many dogs?” King asked, laughing.

When I told him I had five and was worried about them interrupting the interview, he said, “No worries; that is one thing Bridget and I miss when we are on the road. We love dogs.”

Bridget Regan is King’s wife and bandmate. The name Flogging Molly comes from the days when King and Regan performed together at Molly Malone’s Irish Pub in Los Angeles.

After things settled, we began a wonderful conversation about all things Flogging Molly, including their forthcoming album “Anthem,” and the newly released song “The Croppy Boy ‘98.”

“The song is inspired by a haunting Celtic rhythm and some history I was reading,” King said. “Bridget and I live in County Wexford, and when the French were helping the Irish in a revolution against the English, it turned out the men in Wexford would shave their heads and leave a little tail, and they were called the Croppy Boys.”

It’s a big-sounding song, and already part of Flogging Molly’s live set. The group recorded the track with Steve Albini, who worked with the band on their early records, including “Swagger.”

“Albini will get what you want, he is an engineer first and expects you to be prepared. That’s why we wanted to work with him,” King said. “We felt like we had to go back and do it our way. We were a little overwhelmed by the production end of it.”

Since “Swagger,” the band has steadily built a loyal fan base. Back in the group’s early days, King never imagined its longevity.

“The band got together organically,” he said. “I met Bridget first and then met the rest of the guys playing at Molly Malone's on Monday nights. We slowly built a following during the Warped Tour, because we had something that was honest. We have been very lucky, but it's a lot of hard work because we are on the road constantly.”

Part of the band’s success is its ability to incorporate the timeless elements of traditional Irish songs and add a modern twist.

I also am not the only parent who has taken his young kids to a Flogging Molly show.

“Every night, there are at least 10 young children up front,” King noted. “They are like from the age of 6 to 11 years old. I am so grateful, and it’s wonderful and heartwarming seeing kids singing and wearing shirts up front.”

King lost his own father when he was 10 years old, but his dad had a profound influence on him, and Flogging Molly.

“I actually didn’t mourn my dad until I was in Flogging Molly,” King said. “I left school when I was 14, because I had to get a job, because my mom worked two jobs and we were struggling. It hit me later how much of an influence he had on me.

“We were really poor; my dad was a gas attendant, but he used to have these shindigs and bring people from the pub to sing and dance and play music. It was filled with storytelling and fun. They got me a guitar when I was 7 years old, and I didn’t even ask for it. They always encouraged me, and it’s great to be able to celebrate their life.”

As for his mom, she inspired the title song from Flogging Molly’s last album, “Life is Good.”

“When my mother was on her deathbed, she kept telling me and Bridget to just enjoy life and make the best of it,” King said. “They were very positive people, in that they were never afraid to have a good time. We bring that kind of energy to our shows so people can enjoy them no matter what their circumstances are.”

They say your heroes can disappoint you, but my time speaking with Dave King was even better than I could have imagined.

One I didn’t share was the reason that we have five dogs is because of a female dog we adopted 10 years ago. The dog’s owner moved into a nursing home and we spotted a flyer posted by her family looking for someone to adopt the dog.

I was going toward Rochester that evening and stopped by the house and fell in love with her. We named her Molly, because that evening I was driving to Rochester to see Flogging Molly.

Even though Dave didn’t get to hear that story, he did get to hear Molly, and I was able to thank him for making my family’s life better.