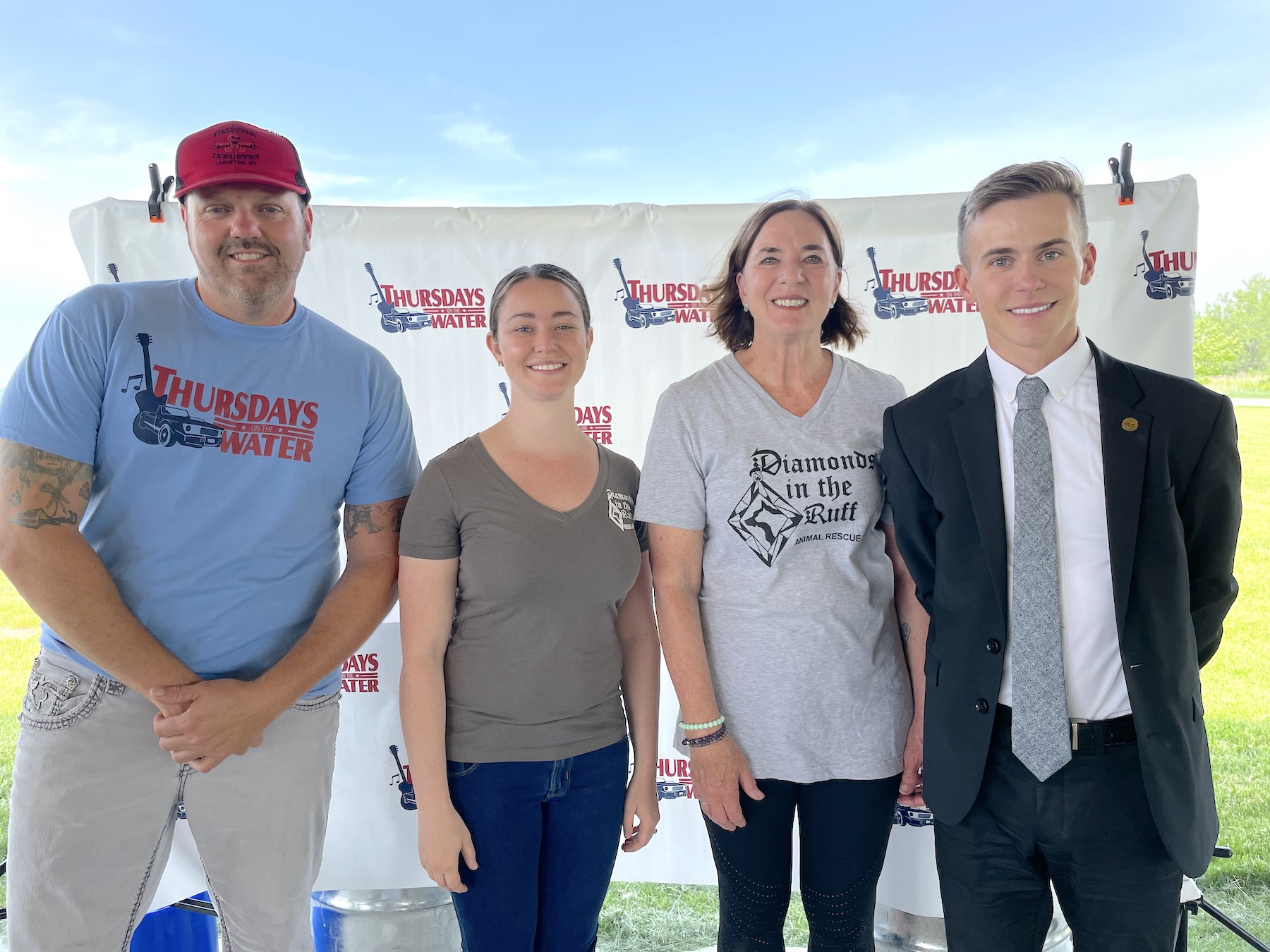 Pictured at the "Thursdays on the Water" press conference are, from left, Jesse Gooch; Leandra Herzog and Tammy Heim of Diamonds in the Ruff Animal Rescue; and City of North Tonawanda Mayor Austin Tylec. 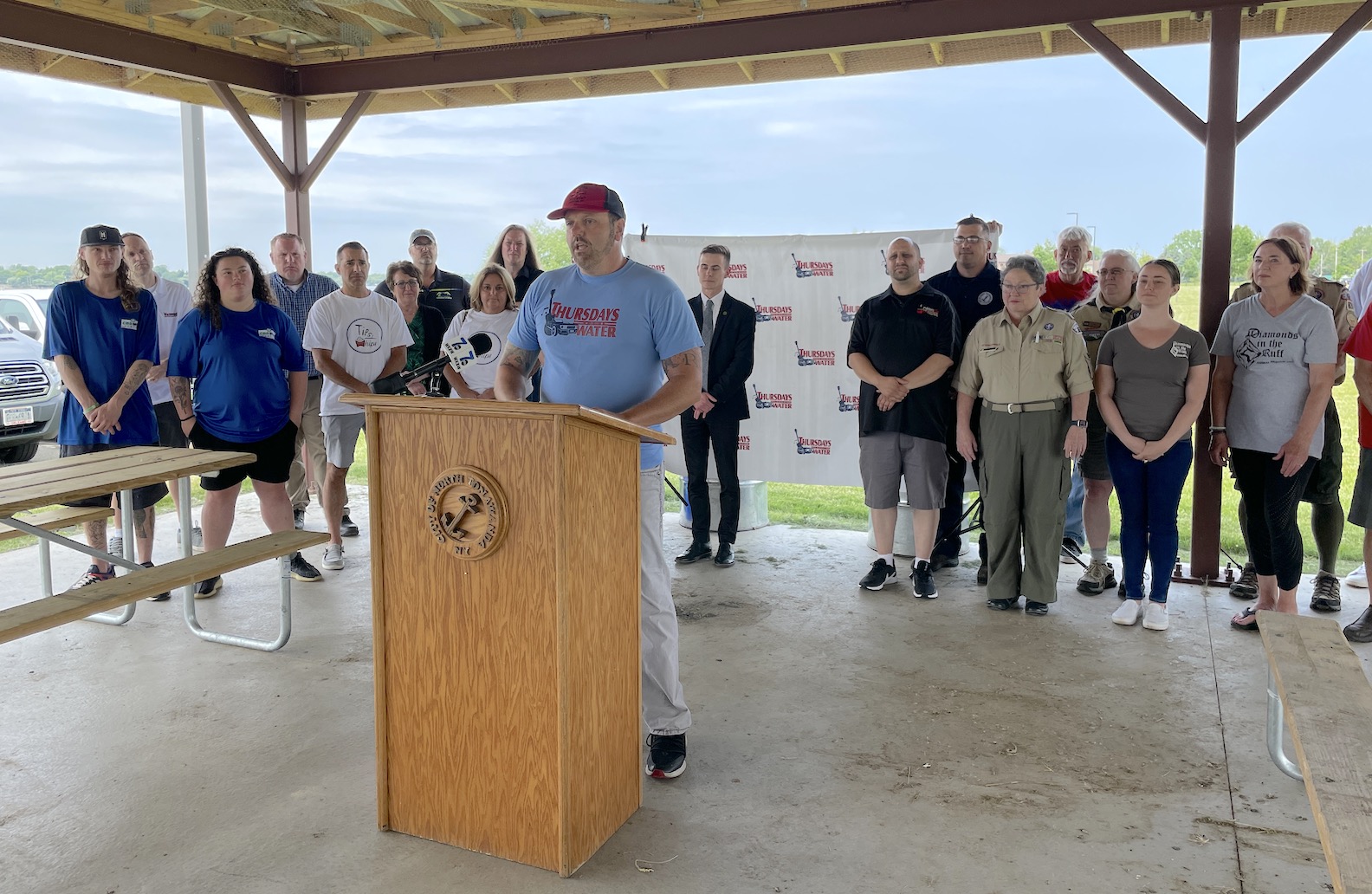 Jesse Gooch announces the “Thursdays on the Water” lineup at Gratwick Park.

Speaking of the homegrown talent, Gooch said, “I've been involved with the local music for a long time, and I know a lot of the local bands. A lot of them are just great. Some of them still need to get discovered. And we just feel that we strategically line up our opening bands with our headlining bands, and give everybody an opportunity to see what great local talent we have here in Western New York. We have many amazing musicians, many amazing local bands, and this is a great place and opportunity to showcase them in front of thousands of people every Thursday.”

Jeremy Hoyle of Strictly Hip said Gooch has a history of organizing concerts “for all the right reasons” and “for the community.”

“That's what we're all about, as well; and we’re hoping that all of our fans and everybody loves the music that we play, and support this event,” Hoyle said. “Support all the events and all the sponsors here. …

“Lots of fun, here on the water. It’s as good as it gets – anywhere in America – right here.” 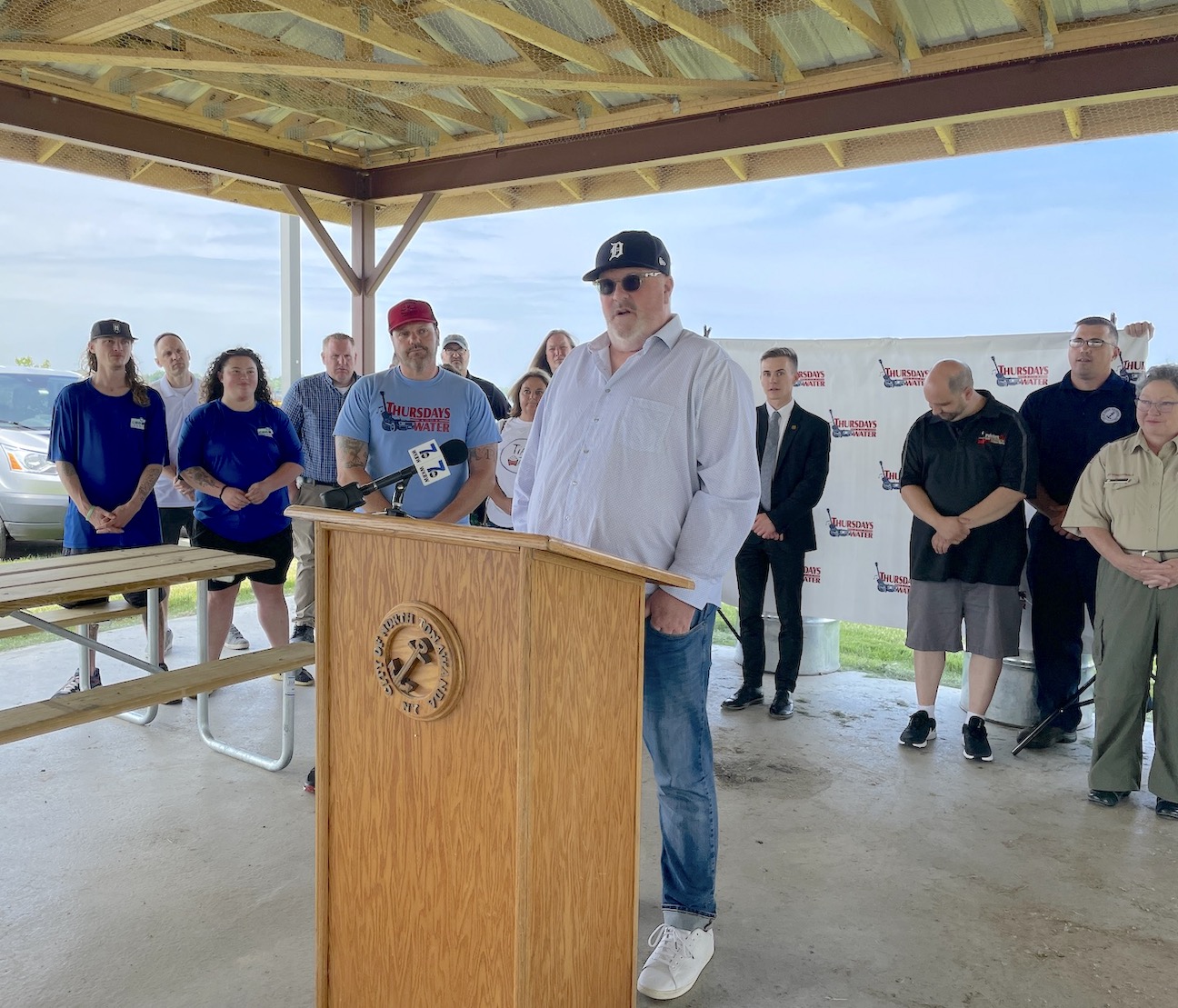 Jeremy Hoyle of Strictly Hip speaks at the press conference.

“Anybody that grew up in the late-’90s, early-2000s, everybody knows ‘Hey Man, Nice Shot,’ ” Gooch said. “They're going to be fun. I think it'll be great having them here. They're excited about it. I spoke with their manager and booking agent, and they're excited to get out to this part of the world and perform for us. So, that's going to be a great night.”

In addition to myriad sponsors supporting the concert series, “Thursdays on the Water” is giving back to one worthy organization.

“This year, if you haven't heard already, we decided to donate a free sponsorship, a $5,000 value, to a local animal rescue – and we let the community pick it out,” Gooch said. “We navigated some local animal rescues, and we are happy to have Diamonds in the Ruff this year, as our annual sponsor.”

Gooch was joined by event sponsors, musicians and fundraising recipients. Also on hand was City of North Tonawanda Mayor Austin Tylec, who said, “I'm told that this year is going to be bigger and better than any year before. We have numerous bands coming. We have numerous food vendors; organizations that will benefit from this event. And this is one of the largest events we have at our Gratwick Park, so I'm very excited. North Tonawanda is behind Mr. Gooch in his efforts.” 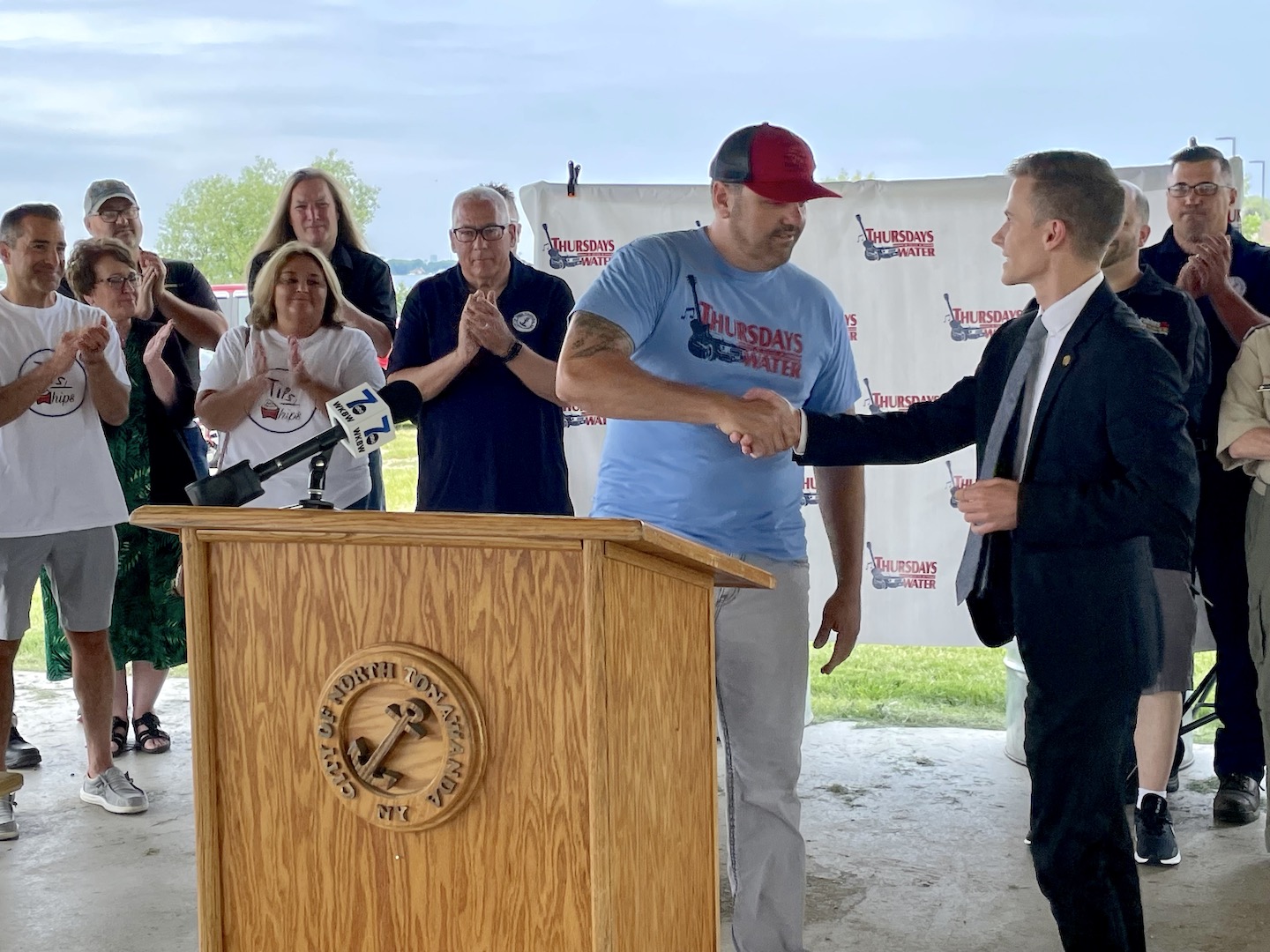 “Thursdays on the Water” features an assortment of food and beverage vendors on site. Chairs and blankets are allowed, as are pets on a leash, but outside coolers are not permitted.

Parking is free, but can be upgraded to VIP for $10. One hundred percent of the proceeds will go to support Boy Scout Troop 824. 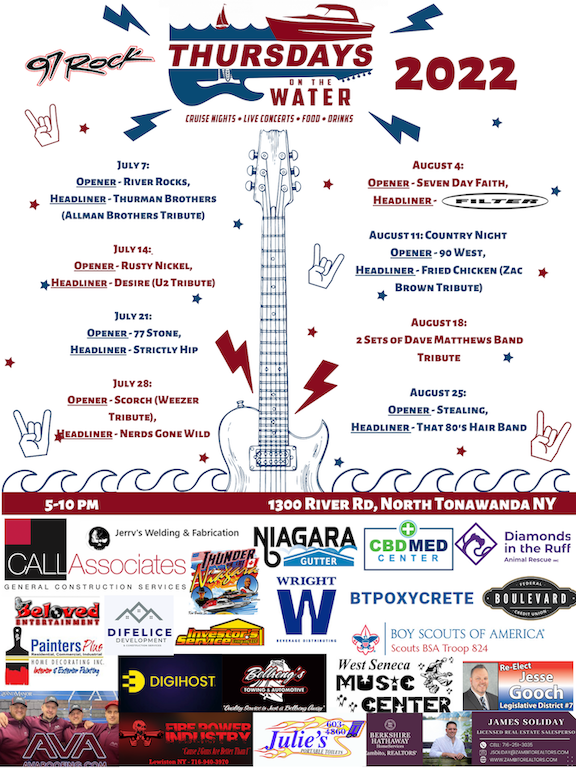