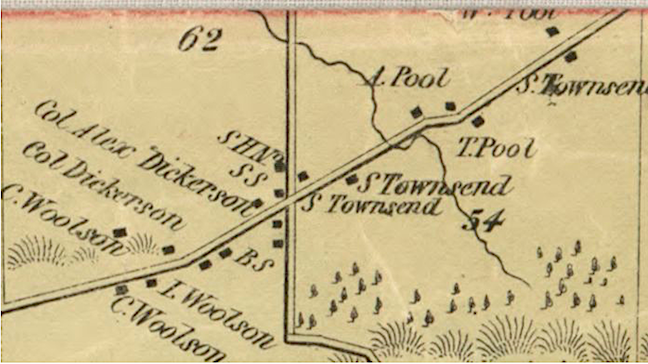 A portion of an early 19th century map of Dickersonville. The road running east-west was The Niagara Road - now Route 104 - and north-south is Dickersonville Road.

Counting down to Lewiston's bicentennial: Read about Raby Farm

As you read this, we are just one month away from the Lewiston bicentennial celebration. Years in the planning, altered by COVID issues (what hasn’t been), but rising over the horizon as we make final preparations. The committee, led by Chair Leandra Collesano, with 13 voting members and a dozen or so other volunteers, is sharpening the focus and tending to the details. We hope you enjoy the homecoming weekend and have a ball.

Today, we look at the 13th bicentennial building as we run up to the grand fireworks.

The original section of this home was built circa 1819 by Aaron Childs. An account by his son, William Childs, states that his father had rebuilt the home after the British burned the original down. Aaron was one of the first settlers to return after the war to rebuild. While doing so, a band of Indians from Canada came and set the home on fire and left. Aaron rushed in and put the fire out and saved this home. He operated it as a tavern. Aaron was a deacon for the First Presbyterian Church of Lewiston. He and his wife appear as numbers one and two on the church roll.

In 1823, Col. Alexander Dickerson was looking for a place to make his fortune in business on a busier road than River Road in North Tonawanda, where he was alone in the wilderness with little traffic. He found the crossroads of Dickersonville and Ridge Road to be the perfect spot for his dream of making a name for himself. He bought this home and the surrounding 164-acre lot known as lot 62, Township 14, Range 9, of the Holland Land Survey – located on the northeast side of Ridge Road – from Aaron Childs, and continued to operate it as a tavern. It was a prime spot on the Ridge, because it had been cleared and occupied by the Army during the war of 1812. Up to 1,000 soldiers were stationed here off and on during that time, from 1812-15.

In 1962, a farmer planting fruit trees discovered a well about 100 yards behind the house. It was a 30-foot-long, hollowed-out log in the ground with a stone surround at the top. The well was said to be from the army fort.

Also, Ridge Road was the only road into Lewiston at that time. Col. Dickerson became the most famous owner of this property. By 1837, he had bought all the available property in Dickersonville from William Porter. At this time, there was the beginnings of a settlement, complete with a mill, school, store and blacksmith shop. It became known as the Hamlet of Dickersonville. A fine name since the area had been known by several other names, including Hardscrabble, Skunks Misery, Hog Holler, Cattle Town and Onionville.

The home stayed in the Dickerson family until 1867. Since that time, the home has changed ownership several times, and the land of lot 62 surrounding it continues to be an active farm best known as Raby Farm. 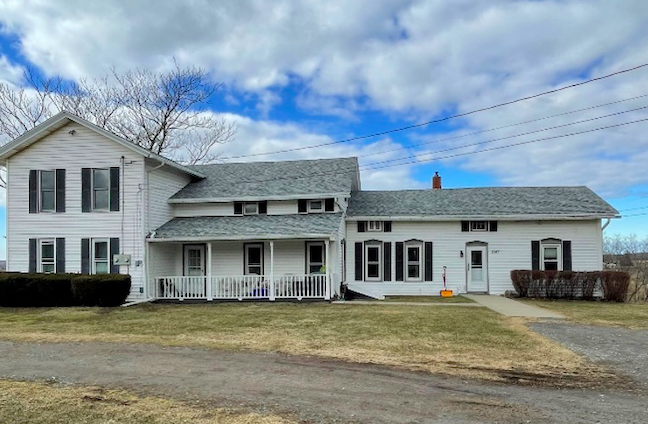 A modern-day look at the Raby Farm site.

It’s time to plan your Fourth of July weekend. A complete schedule of events for July 1-4 can be found at www.Lewiston200.org.

We continue to offer opportunities for sponsorships at all levels, so find those on the website, as well. A grand 200th red, white and blue weekend is coming soon. Be there.