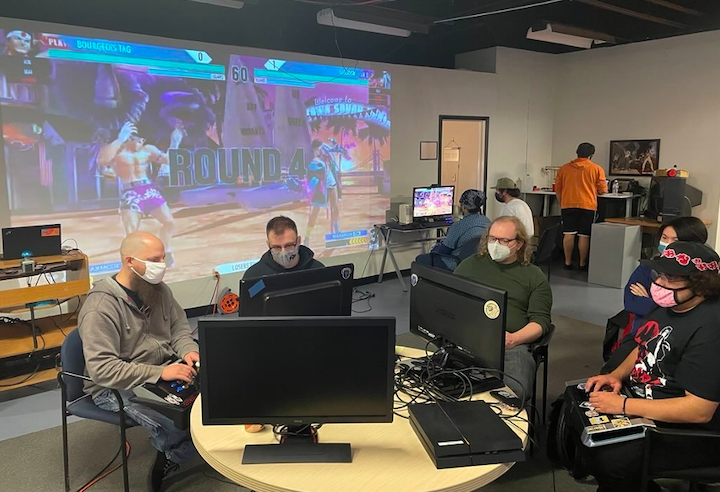 Buffalo, New York – the “Queen City” of New York state. When people think Buffalo, their mind usually jumps to chicken wings and football fans jumping into folding tables. One thing that usually doesn’t come to mind is the world of esports.

While esports are relatively new to mainstream society, they have most definitely been around for longer. In Buffalo’s case, it's been in the city since the early 2000s.

Amidst debates of whether or not the fighting game community is considered a part of esports, it has been a staple of competitive gaming culture since the ’90s, and Buffalo is a city that revels in it.

Some of the games the Buffalo FGC have been playing include:

The community, under the former leadership of Brian “ChaCha” Stone, has been active since the mid-2000s.

“I had returned from college in Pittsburgh where I built up the FGC there and gained (leadership experience),” Stone said, “Coming home in 2006, Buffalo was devoid of this (community), despite having several great arcades in the area.”

The fighting game community as a whole spawned from the glory days of arcades, and the plethora of fighting games at a gamer’s disposal. Games like Street Fighter 2 attracted wide-eyed arcade rats, as they were called, and competition between who was the best of the best quickly arose.

One of the major players in the early FGC was the New York City scene, due to its abundance of arcades, in comparison to other areas, and its local culture. During this time, Buffalo was also seeing some form of arcade renaissance.

“The size of Buffalo was never really a factor for building community, though I guess a lower population equates to less players per capita, so there is a bit to that,” Stone said. “But I knew Buffalo had great players out there hiding, and it was fun to find ways to lure them out.”

Stone had to build up the community from the ground up, in an era where social media wasn’t a thing. Many members of the early FGC used various internet forums to message each other, and brag about who was the best. This proved a little easier for Stone to find people.

“I scrawled gaming forums’ entire member lists for anyone with the location of Buffalo or WNY, directly messaged everyone I could find, and told them about tournaments in the area I was running,” he said.

Greg “Bloodspor” Daly is another figurehead of the Buffalo FGC who has been with the community since its humble beginnings.

“When I joined the FGC, it wasn’t even called that to most of our knowledge,” Daly said, “Anything we threw here was run by the arcade owners.”

Daly worked at Cyberstation, a former arcade in Buffalo. At this job, he met Stone, who would come around to play Soul Calibur II. Daly joined Stone after working hours to form what is now the Buffalo FGC, which started as small gatherings at Stone’s house.

Stone also took to in-person events, such as LAN parties, anime conventions, or other gaming tournaments. In his persistence, he found the keys to establishing and leading a community.

“You have to have three elements: willingness to set up events despite a low turnout, willingness to waste time talking to people who aren’t serious (so you can find the ones who are), and willingness to be the communications hub for your group of players,” Stone said.

The FGC as a whole exploded in popularity upon the release of Street Fighter 4 in 2008. Many refer to this era of new players as “09ers.” Around this time is when the Buffalo scene was fully established.

“We had a regular, public place to play at Play N Trade,” Daly said, “It wasn’t just a bunch of Tekken guys playing in a basement. Now it was Street Fighter, Tekken, Marvel vs Capcom, and you name it under one roof.”

From Play N Trade, the community migrated to GameOn Lan, during what is considered the “modern” era of fighting games. One of the notable players that entered the community around this time was Matt “MonkeyBizness” Hogan.

“I joined the Buffalo FGC in (2014). ... After the first or second week (at GameOn) I started bringing Brandon (my brother),” Hogan said. “It was cool to have a niche hobby, and I was able to use it both socially and academically through all of my years in the scene.”

During this time of the Buffalo fighting game community, the players were traveling around the country, making a name for themselves in various tournaments. One of these players was Joey Fury, a Tekken player who was with the community early on. Fury was sponsored by the professional gaming team EQNX, competing in major Tekken 7 tournaments, until very recently when the team shut down.

“I think our scene has the potential to keep creating strong and passionate players who can rep Buffalo in the larger-scale FGC,” Fury said, “That is an outcome that results from being active and unified as a community.”

Fury attributes the community’s success to the leadership of Stone.

GameOn Lan closed in 2018, so naturally the community had to find a new venue. The new spot for Buffalo’s weekly fighting game events was and still is Buffalo Game Space, in the heart of the city. The scene grew even larger than it had before, thanks to social media and word of mouth.

In March 2020, the pandemic hit full on, and in-person gaming as a whole was hit tenfold. The fighting game community was struck with being unable to hold in-person events in an effort to stop the spread of the coronavirus. Stone took the necessary precautions and stopped in-person meetings at the venue for a while.

“The pandemic killed a lot of FGCs permanently, worldwide,” Stone said, “It’s a very sad and unfortunate thing to behold.”

The Buffalo FGC had faith, however. It set up weekly online tournaments for Street Fighter 5 and Tekken 7, and in 2021 it seemed like things were getting a lot better. Stone opened in-person games up with a limited capacity, and required attendees to be fully vaccinated.

“Our (scene) surviving was a testament to what we have built in Buffalo,” Stone said.

In late 2021, Stone announced he would be moving up north to Canada for his job. While many seemed uncertain for the future of the Buffalo FGC, the foundation Stone laid down made it easy to pick up where he left off. Daly has been considered the main organizer of the weekly events at Buffalo Game Space, while the tournaments have been a group effort mainly organized by Tanner “Themail” Balk.

“The BFGC is quite unique because we house so many different games under one roof,” Daly said. “We experiment with unknown territory together, and sometimes one or more of us excel at that scene, and it's always an awesome feeling to know that the guys are rooting for you.”

The current state of the Buffalo FGC seems to be trending in an incredible direction. The players are able to travel across the country as tournament organizers are able to have events again. The community is also considering reviving its regional tournament series again.

“I am confident the blueprint for sustaining a community through the ups and downs of society has been understood,” Stone said. “They’re doing great without me already; I am proud.”