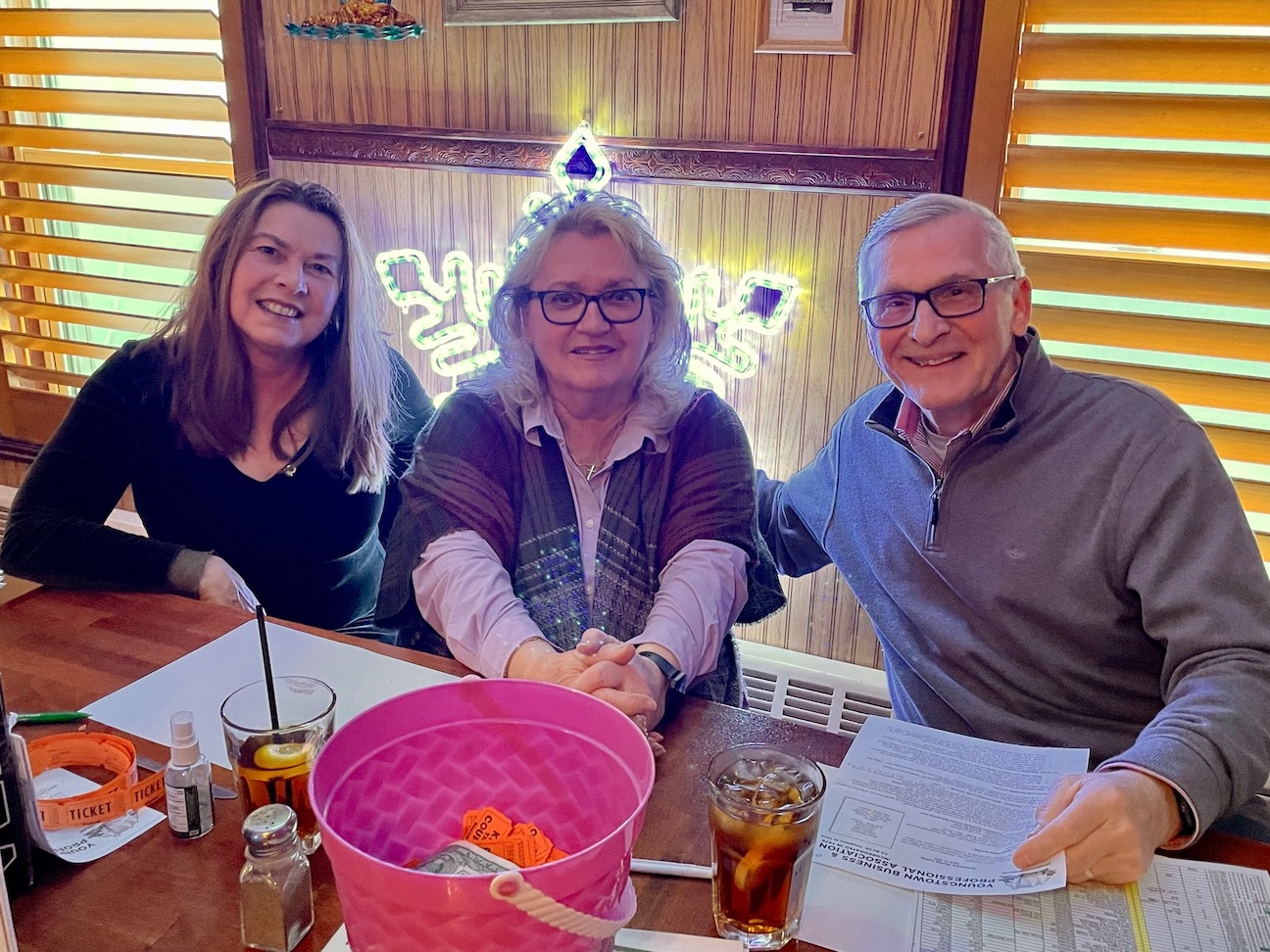 Youngstown Business and Professional Association updates members on happenings for 2022

It was close to a full house Tuesday evening as the Youngstown Business and Professional Association held its spring membership meeting at Ray’s Tavern on Lake Road in Porter.

Rescheduled from this past winter due to continuing safety concerns over the coronavirus, the session included a number of news items and announcements as YBPA planning continues for 2022.

“Since the October meeting, the board has met many times and in person,” Secretary Mark Butera said.

•He noted YBPA would be taking nominations for its 2022 business of the year award at the session.

“That was a big deal on March 19,” he said. “We had a lot of people who attended; we had a wonderful parade.”

The event returned in style for its 10th year, with hundreds of visitors lining the street to celebrate Irish culture. YBPA announced Bandanna’s on Lake Road and Lower Niagara Moose Lodge No. 584 in Lewiston were named as winners for having the best float/parade display.

•The YBPA board announced a $100 donation to the Nancy Price Scholarship Fund. The award is presented annually to select River Region high school graduates.

•YBPA is planning for the year ahead, notably restarting its 2022-23 “Welcome to Town of Porter/Youngstown Annual Brochure.”

“It was put on pause for last year; (instead) we put out an undated rack card (of listings),” Mark Butera said. “They’re good forever; they’re not dated.

“We’re now planning to redo the annual brochure. This (will) list all the major events going on in our area, all of the businesses, as well as a map of Youngstown and Town of Porter. We’re working on this now; hopefully it will be done for the Memorial Day weekend.”

•The session also included an update on one of the village’s newest developments: a new Griffon Gastropub now in development at the site of the former Maloni’s Marketplace on Lockport Street. Co-owner and YBPA member Ken Scibetta, who has been working on this project with partner Eddie Webster, said construction continues in Youngstown. At the same time, they’re moving ahead on another project: taking over the former Water Street Landing in Lewiston.

Scibetta said he anticipates a late summer opening of the new Youngstown business. He attributed a number of ongoing construction delays linked to COVID-19 for slower progress.

“I’m sure everyone wants to know what’s going in with the brewery. We are well more than a year behind in the making of our brewery,” he said. “COVID hit everybody hard, especially the brewery. From equipment to contractors to, right now, which has been holding us up is our garage doors. …

“There is 45 feet of garage doors; those were supposed to come in in November, then December, then January and March. Now it’s slated come in the middle of May. It’s been ongoing since November.”

He then detailed plans for what the owners hope to be Youngstown’s finest dining experience.

“It will be a full restaurant, open seven nights a week,” Scibetta said. “We will be open every night; full menu – not just a brewery menu. We are adding a 3,000-square-foot patio off to the side, on the park side there.”

“So, we have a lot of irons in the fire. Believe me, the brewery is still a focus. We plan on doing a lot with that and becoming a part of Youngstown.”

Scibetta said he and Webster “want to help the other businesses and work with the other businesses; I think it will be fun. It’s going to be our flagship brewery; I mean it’s our baby. So, we will around between Water Street Landing and Youngstown a lot.”

With construction work underway, “You wouldn’t even recognize Maloni’s anymore,” Scibetta said. “We took that over right before COVID and, over the winter, every single pipe froze in there and burst, flooding the entire property. We had to replace a lot of walls, ceiling, plumbing. All plumbing is brand-spanking-new; every aspect of that place will be pretty much brand-new. We’re waiting for the nicer weather to take down that facade, which is infested with squirrels and bees.

“I don’t know what we’re doing on the front (of the building) yet. It keeps changing a lot. But we’re still in focus. I’ve heard so many different rumors. I mean, it’s Youngstown.”

He closed by telling attendees to look for a late summer opening.

“It’s not a storage facility,” he said. “We are actually going to open; I’ve heard some of the craziest rumors. So, we are trying; we will be open. Right now, I’m hoping (for) end of summer. It depends on a million different things.

“Our brewery equipment, which is a little over a half-million dollars, is due to come in in any week now. And the problem with that is, if our garage doors aren’t in, we still have to cut the holes in the side of the building.

“It’s all taking forever. We have to apologize. We try to move pretty quick; there’s a lot going on.” 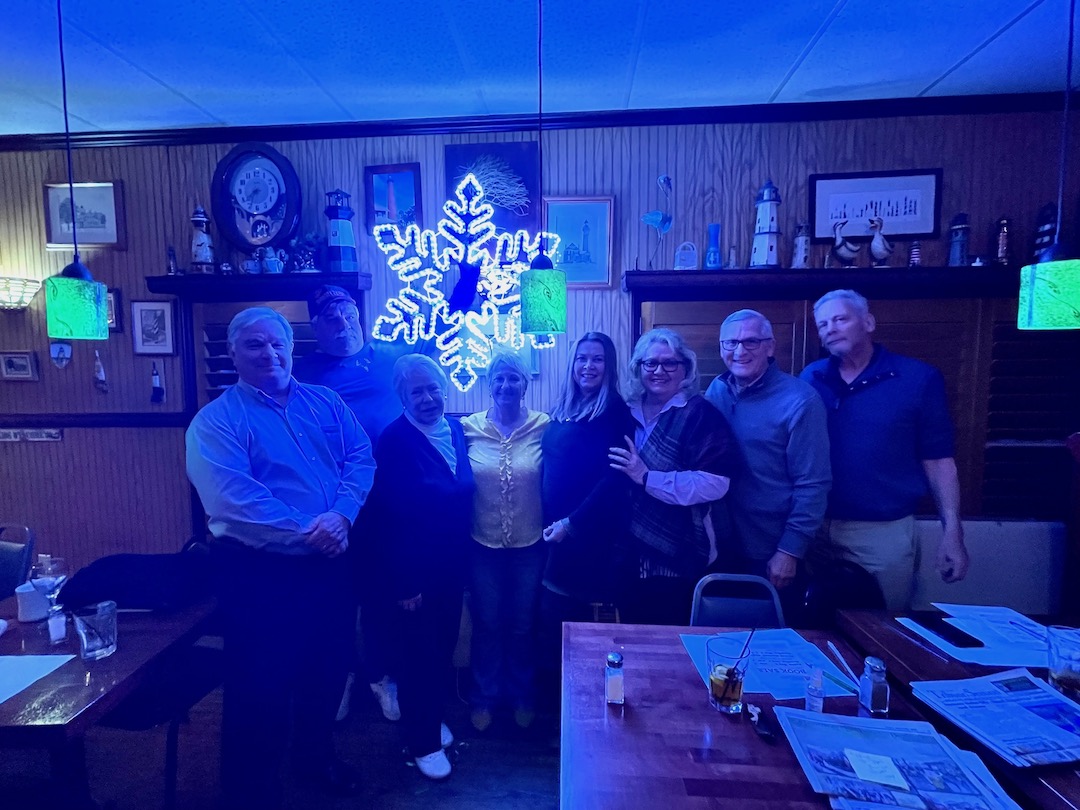 “The grant projects this year that we applied (include) funding for the 12-panel full-color brochure; this year we’re (also) asking to have a new, reusable, 16-by-4-foot Town of Porter Summerfest banner. And the third item for the grant is more snowflakes,” Butera said.

YBPA ordered 25 new holiday decorations, but they arrived late and were not used this past Christmas season. For next season, YBPA will order 25 more, “so that every lamppost in Falkner Park, as well as Main Street and poles down to the community center, will be lighted.”

Butera said the new, 3-foot LED lights will stand out more: “We wanted to bring out something that would bring a little bit of light to Youngstown.”

“Those are the three projects we’re applying for with the grant money. We’ll know by May.”

Butera said many crowd favorites will again be on Main Street this year, including the classic car show, entertainment by the Thurman Brothers, the popular “Kid’s Corner,” pony rides by the Lakeside Quarterhorses, and the Clown Alley characters.

•Still other events on the YBPA calendar include the annual Friday night free concert series at Falkner Park; the Town of Porter Summerfest in mid-July at Porter on the Lake; the Village Community Picnic in August; the annual Labor Day Parade and Christmas in the Village, come December.

“We have an exciting year ahead for us,” Butera told YBPA members, as he welcomed their participation.