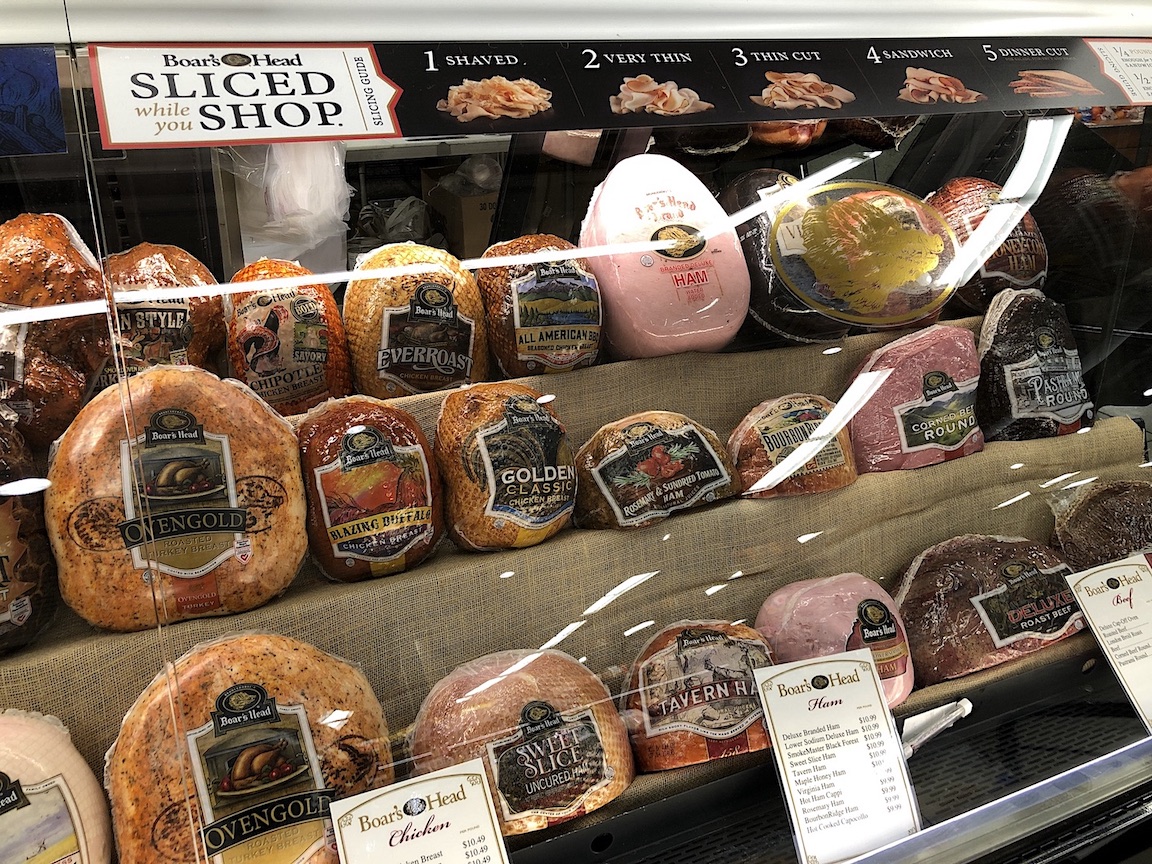 Boar's Head leaving Tops, but may return for holiday season

The level of excitement in DiMino Tops Lewiston owner Anthony DiMino’s voice last spring when announcing the arrival of Boar’s Head products was matched this week by a level of disappointment in revealing the deli line is going away.

“Sad to say that, starting Jan. 22, Boar’s Head is pulling out of all Tops markets, because of a supply chain problem,” he said. “So, all the advertising and all the things that I did for this Boar’s Head launch, everything will be totally gone. It's already actually almost gone, because they can't replenish.

“By this Saturday, we will be done selling Boar’s Head until further notice.”

DiMino said Boar’s Head is “pulling out of about 100 different vendors in the United States.”

He added, “It's devastating to me. I mean, like I said, I spent a lot of money and effort and excitement for this item. And we're gonna be out of (the Boar’s Head) business by Saturday.”

The supply chain situation, wherein products are stalled at ports of entry and in getting into and out of warehouses, has plagued merchants around the country – particularly so with the onset of the coronavirus pandemic and related difficulty in finding laborers.

If there is a silver lining here, DiMino said Boar’s Head is “ ‘optimistic,’ in the sense that they're hoping to be back to normal by the fourth quarter.”

In the meantime, DiMino said his store will utilize Kretschmar and Metro Deli, which he called “higher-end deli meats.” Other popular brands include Charlie the Butcher, Krakus Foods, Shelley’s Deli and Margherita.

With the arrival of Boar’s Head, Tops deli and butcher employees received an enhanced education in slicing meats and cheeses, and organizing items such as charcuterie boards.

“We're not going back to preslicing anything,” DiMino said. “We're gonna serve the customer how we did with the Boar’s Head. So, if you want something shaved or thick or whatever, you're gonna have to tell them, because we're gonna be slicing everything to order.”

DiMino noted, “We think that that's the way to go.”

Depending on how things go in this country over the next few months – with regard to controlling the coronavirus, and finding more ways to deliver goods – DiMino is cautiously optimistic his work won’t be in vain.

“I built a space specifically for that particular commodity, and now it's gone. … Boar’s Head wants to do more business. … They’re hoping that, if we get back to semi-normalcy by the second quarter, that by the fourth quarter they'll be able to resupply everybody again,” he said. “That’s my hope – that we'll have it for next Christmas.”