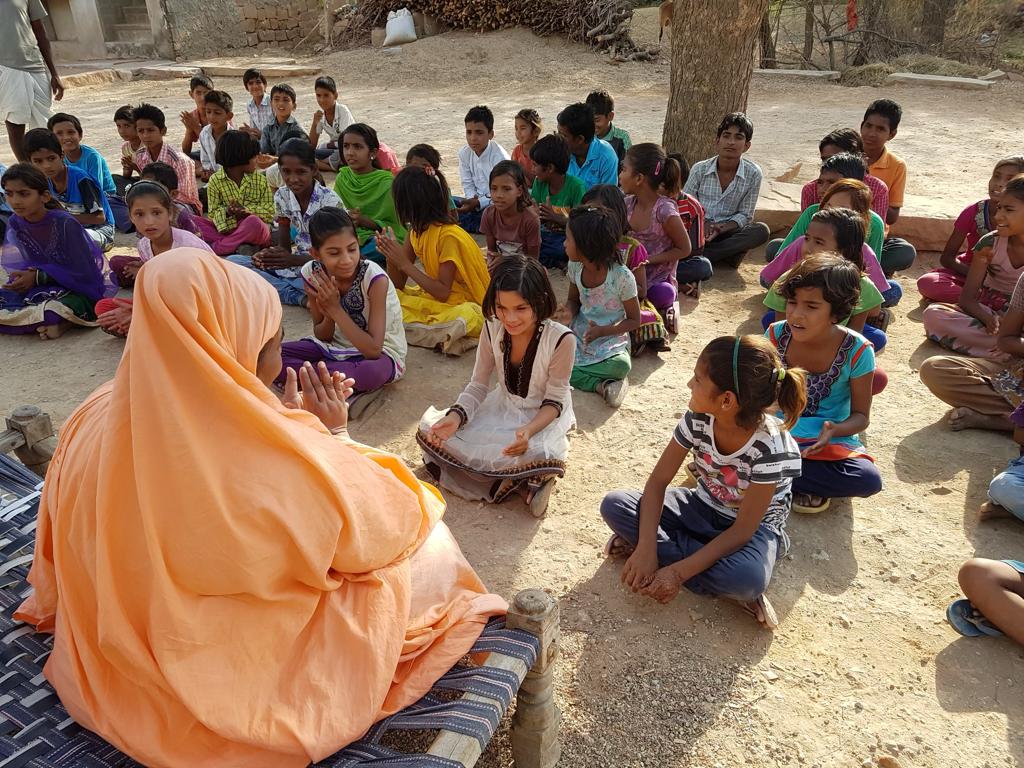 Have you ever thought about how helpless many of the world’s population are? In many areas of the world, poverty is a big issue that is faced. The country of focus will be India as it contains a significant number of impoverished areas. One of Niagara University’s students and close friends is from there and he told a story of when he encountered poverty. During the summer, he was sitting outside of his uncle’s house and he could sense that there was something very foul heading towards him which was right around the corner.

Harsh Banthia, a college student from India said, “You just had to see this man, he was wearing ripped clothes, very hairy feet and just by the sight of him I could tell that I was being approached. One had never seen such a being before. He asked me if he could have some money because of the fact that he needed to provide food for his family. He seemed quite friendly when he was talking to me”. Many times, when people ask for money, usually everyone assumes that they will use it for the betterment of themselves; however, some people use it to buy drugs or alcohol. Which my family and I are against because it will just give them temporary pleasure and it is also very bad for their health.

“I wanted to test him on his reaction so I said ‘no,’ because I wanted to see how he would react so I can know what he’s going to use it for. He said he was going to get some food right around the corner, which was visible to me. Therefore, I decided to give him 10 Indian rupees. He was instantly delighted with joy and was thankful for the generous gesture. I felt a little bad for testing him, but I still made it up with him being happy in the end, which is all that matters. At this point, I suddenly felt a different way that I had never felt before. I started following that person because he seemed a little suspicious. He went to a shop close by and it was very hard for him to buy something because the seller was treating the man as if he was some sort of garbage. Though he got the piece of bread he wanted, you can see that there is such a big difference in how people treat others because of their physical appearance.” Banthia said. At that point tears started racing down on my cheeks for a few seconds. I was disappointed in how people treat others from their own country. I think that this is an issue all over this country because anywhere you go in India you see people begging for money, especially in areas where they have trains, roads, near houses and also shops.

In an article for CNN, author Moni Basu wrote, “In that India, almost 75% still lives in villages and leads a hardscrabble life of labor; only 11% owns a refrigerator; 35% cannot read and write.” Generally, there is poverty in most large cities of the world, however in a country like India, poverty is very noticeable. It is all because of the hatred in India because they don’t want to see someone who is ‘abnormal.’”

Personally, I don't prefer to see poverty in general, because it makes me feel a different way, however you can’t escape the fact that it is inevitable to encounter poverty and, just because of that reason, you can’t be neglectful. When I see aberrant people, I feel like helping them but there is not much that I can do for them in these circumstances.

Another article for the SOS Children’s Village Canada stated, “Two-thirds of people in India live in poverty: 68.8% of the Indian population lives on less than $2 a day. Over 30% even have less than $1.25 per day available – they are considered extremely poor.” For most people in the world, it is very hard to live, that’s why lots of people who are in poverty die every day. In an article for DownToEarth, Richard Mahapatra included, “Even after research, it is hard to know the real numbers as there is an absence of any official data, one could perceive a rise in rural poverty.”

We should consider ourselves lucky because some people in the world don’t know what they’re going to eat that day. For example, we can buy what we want to eat, but the impoverished have to eat whatever they find. India is a country where children have to survive depending on what their family has to provide for them. Some children have a good fate and get well-off parents who earn enough to provide for them their whole lives. When people who have actually never experienced poverty say, “I know how it feels to be poor,” they really don’t because you have to be in their shoes to know how it actually feels. You’d see someone poor and say, “Aww man, I know how that feels,” but actually they have no idea.

In some statistics generated by Asian Development Bank it states that, “In India, more than half of the population live every day in fear. Due to this, there is even a large unemployment rate as the unemployment rate in 2020 is 7.1%.” In most places in India, there are people who try to help to solve the problem of poverty, but the numbers are just too big to solve an issue like this in minimal time. The pandemic played a large role in this obstacle. In an article for Pew Research Center, Rakesh Kochhar wrote, “Prior to the pandemic, it was anticipated that 99 million people in India would belong in the global middle class in 2020. A year into the pandemic, this number is estimated to have been 66 million, cut by a third.”

If we all can just stop avoiding people who are in need and help them a bit, it wouldn’t make any difference in our lives and we would also make someone else’s life better. An issue like this can slowly decrease in severity if people try to offer support to others in any way they can. We have no idea how many people are living in straw huts, and some are even homeless and they just sleep wherever they find space to rest. The “poor” are not liked by people because of their physical abilities and their physical appearance. In this world, lots of people judge someone based on what status they have in their community. “Why can’t we all love each other,” are the words that some people say in the world who care about the wellbeing of the poor. In this generation it is not easy to like everyone!