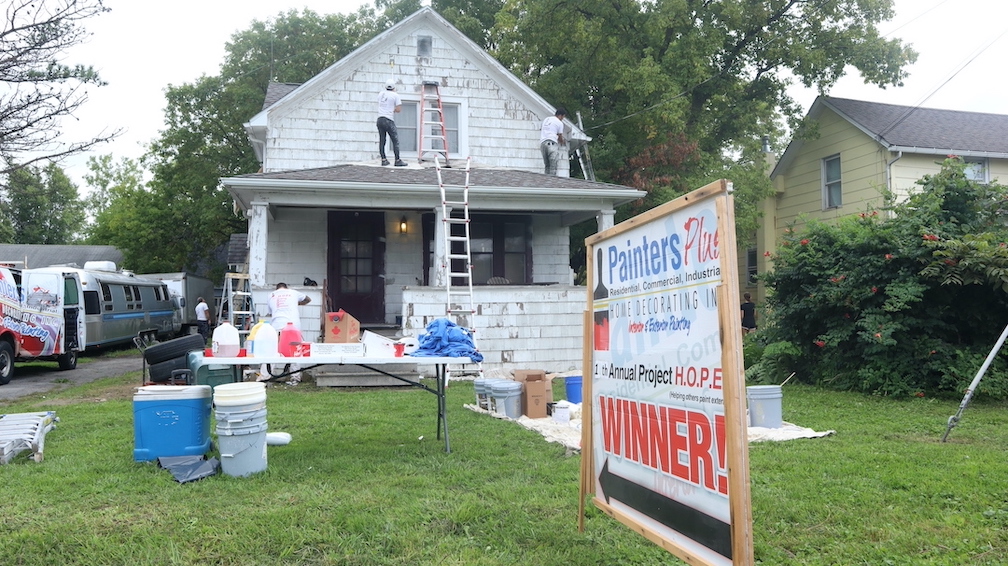 Two weekends ago, a handful of volunteers joined the crews from Painters Plus to help out this year’s winner of Project H.O.P.E. (Helping Others Paint Exteriors), an annual citywide contest that offers a free exterior home paint job to homeowners in need. Painter’s Plus owner Jesse Gooch said this year’s Project H.O.P.E., now in its 11th year, was perhaps its most unique yet.

This year’s awardee was the Ricardhert family of Ward Road in the Town of Wheatfield. Gooch said that, when it came time to make this year’s selection, he and his team knew the Ricardherts deserved to win.

“My team and I, at least 12 or 13 of us that reviewed it, we knew they deserved it the most this year,” he said. “They live in a 100-year-old house; they've been there for many, many years; and they're going through extreme, physical hardship – and with that comes financial hardship. And they've also hired other contractors over the years to come do work for them and – I’m not sure how else to say it – they were pretty much screwed over by other contractors … where they had a guy come in and took a deposit, started to power wash, destroyed the wood and never came back. They’ve just had bad luck.”

Traditionally, Project H.O.P.E. only covers a paint job for winners. In this case, however, Gooch said he knew from the get-go he wanted to go the extra mile.

This year, he and his team of volunteers pitched in to help clean gutters, board off some broken basement windows, and even repair some side sheeting. He also reached out to Wheatfield-based Exclusive Landscaping to have it take care of some of the overgrowth in the yard. 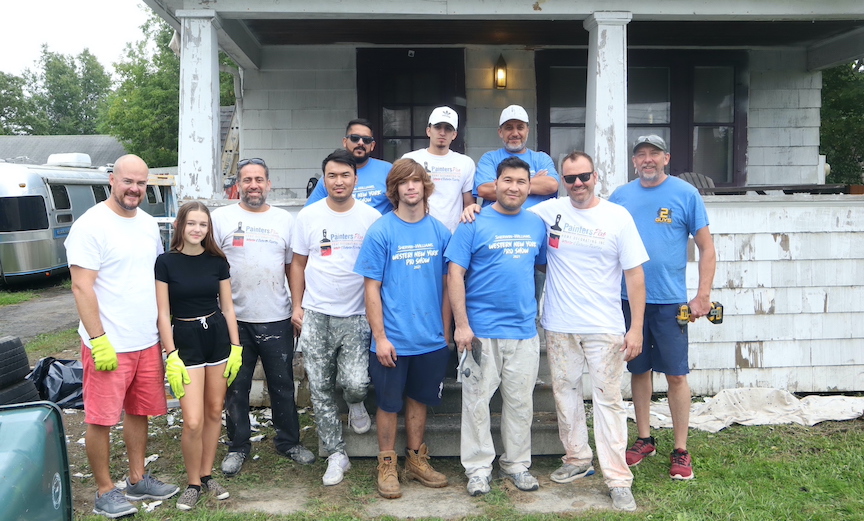 This year was also unique in that it marked the first time the charitable endeavor extended outside the city of North Tonawanda into Wheatfield. Councilman Curt Doktor, who assisted with the work alongside his daughter, Olivia, spoke about what it meant to see such a meaningful project make its way into his town.

"This is the first time (Gooch) is doing this, and we feel super-excited that it's here. I know he'll continue to do it in North Tonawanda, but hopefully he'll also do it in Wheatfield moving forward,” Doktor said.

He went on to note the project means just as much to the community as it does for the homeowners.

"We've been working on this house for two days now and it's already a huge difference. … It means an awful lot," Doktor said. “I mean, I think this family has fallen into some hard times (and) haven't been able to keep up with the outside of the house and everything. So, just being able to come out here and, hopefully, get it in a better spot, I think that's huge – not only for the homeowner, but also the rest of the community. It helps the whole neighborhood.”

Longtime volunteer Brian Markovich also spoke about the significance of Project H.O.P.E and the service it provides.

"Oh, it's incredible. The people that (Gooch) chooses (are) people that could never have this done on their own,” he said. “And every house I've worked on, the people are super-appreciative because it's sort of a life-changing thing for them, you know? It's a wonderful thing, and we're here to help. I do it because I want to help as much as I can and do whatever I can do to help this move forward and be successful. I'm all there.”

Gooch said that feeling of giving is what it's all about.

“It is our way of giving back," he said. “I started my business at a young age, and I've just always wanted to make my neighborhoods look better.

"I go into neighborhoods and see a lot of nice houses, and you see a couple that have to paint, peeling paint, and need a paint job. And I've always asked myself, 'Are these people, you know, lazy and they just don't want to paint their house? Or do they really want to paint their house, but they're unable to and they can't afford?' And that was what drove me to do this, because I think there's a lot of people that really need it done and can't afford it or are unable to do it. And it just winds up beautifying the neighborhood.

“And you notice in some of these neighborhoods we've done to, I go back a week or two later, and then I see that their neighbors are starting to do landscaping, and everybody's taking care of their house, and that was just our way of giving back and helping people. That's the bottom line."

Gooch said this project is one of the things he’s most proud of, noting roughly $93,000 in free paint jobs has been given away since Project H.O.P.E.’s inception.

He said he has no intention of slowing down any time soon. 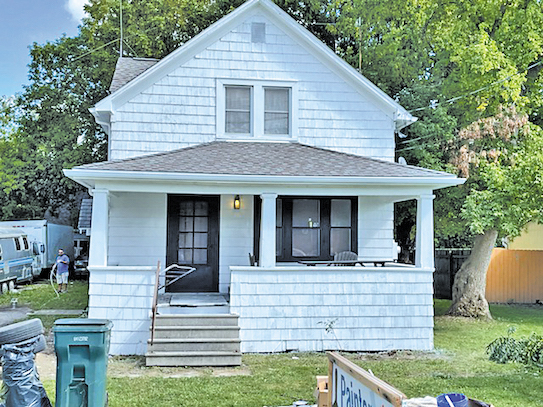