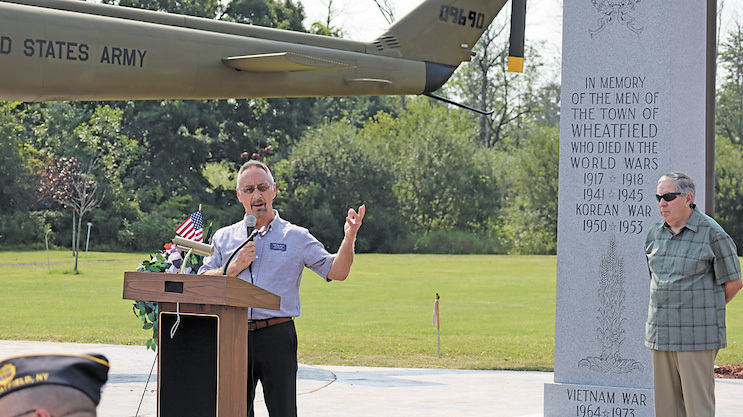 Story and photos by Michael DePietro

On Saturday, Aug. 8, a crowd of residents, including current and former military personnel and their families, joined local and state officials on a beautiful, sunny afternoon for a dedication ceremony for the Wheatfield Veterans Memorial.

“It's my honor, not only as town supervisor, but as a veteran," Don MacSwan said of the occasion. "This is for the honor of all of our veterans in our community, and everything they have done.”

The memorial project was something that had been in the works in the town for many years, but only came to fruition recently through a coordinated effort between local government and a dedicated group of veteran volunteers.

The memorial’s most visible ornaments – a pair of decommissioned military vehicles the town had in its possession – a Vietnam-era UH1-D Huey helicopter and a Cold War-era M-60A3 army tank that was moved from the town’s highway department building last year – now stand proudly displayed at the memorial site behind Town Hall. The vehicles, painted and restored by volunteers, overlook the veteran monument, which sits on a freshly paved surface surrounded by new benches courtesy of a few charitable residents. While the memorial looks majestic as-is, future plans are to install a memorial wall featuring the names of local service men and women.

“I want to thank our Town Board for supporting this ... for taking the initiative to fund us as we needed to get this monument going and getting in this wonderful place, and finally we have a home for our veterans here, and for our monument," MacSwan said.

He then invited a group of local veterans whom he said were instrumental in seeing the project through – Tom Kontak, Jeff Kasper, Jim Huntz, Randy Friess, Stan Zimmerman, Wayne Sominski, Mike Targon and Lee Chase – to join him at the podium to be recognized for their efforts. Kontak, the Wheatfield Veterans Memorial chairman, was also presented with a proclamation on behalf of the town for his role in spearheading and coordinating the memorial effort since 2018. 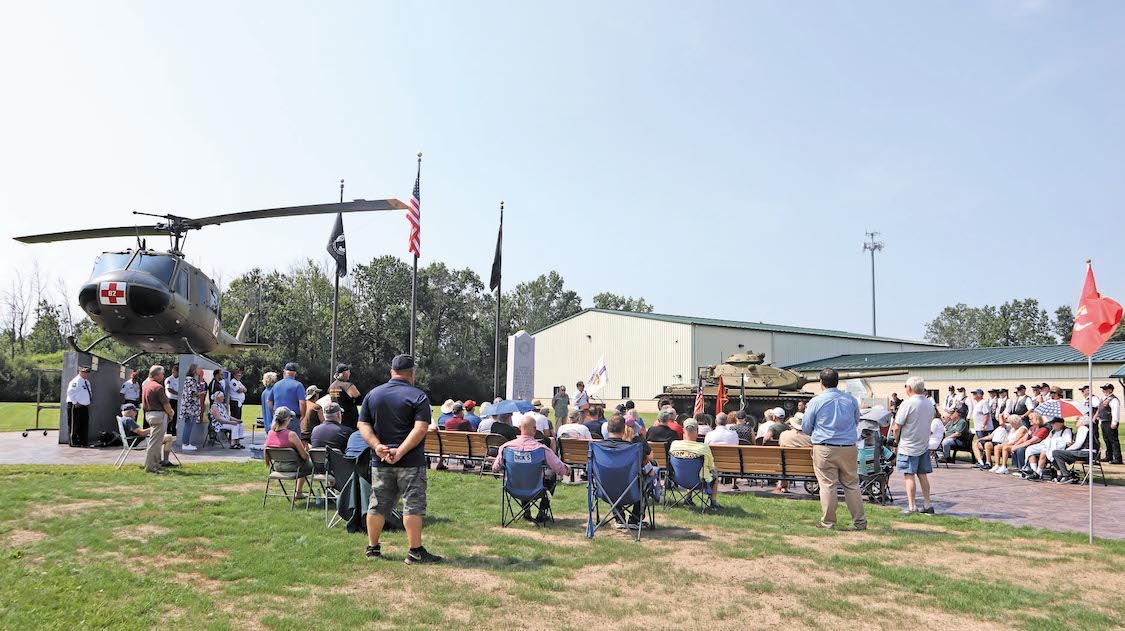 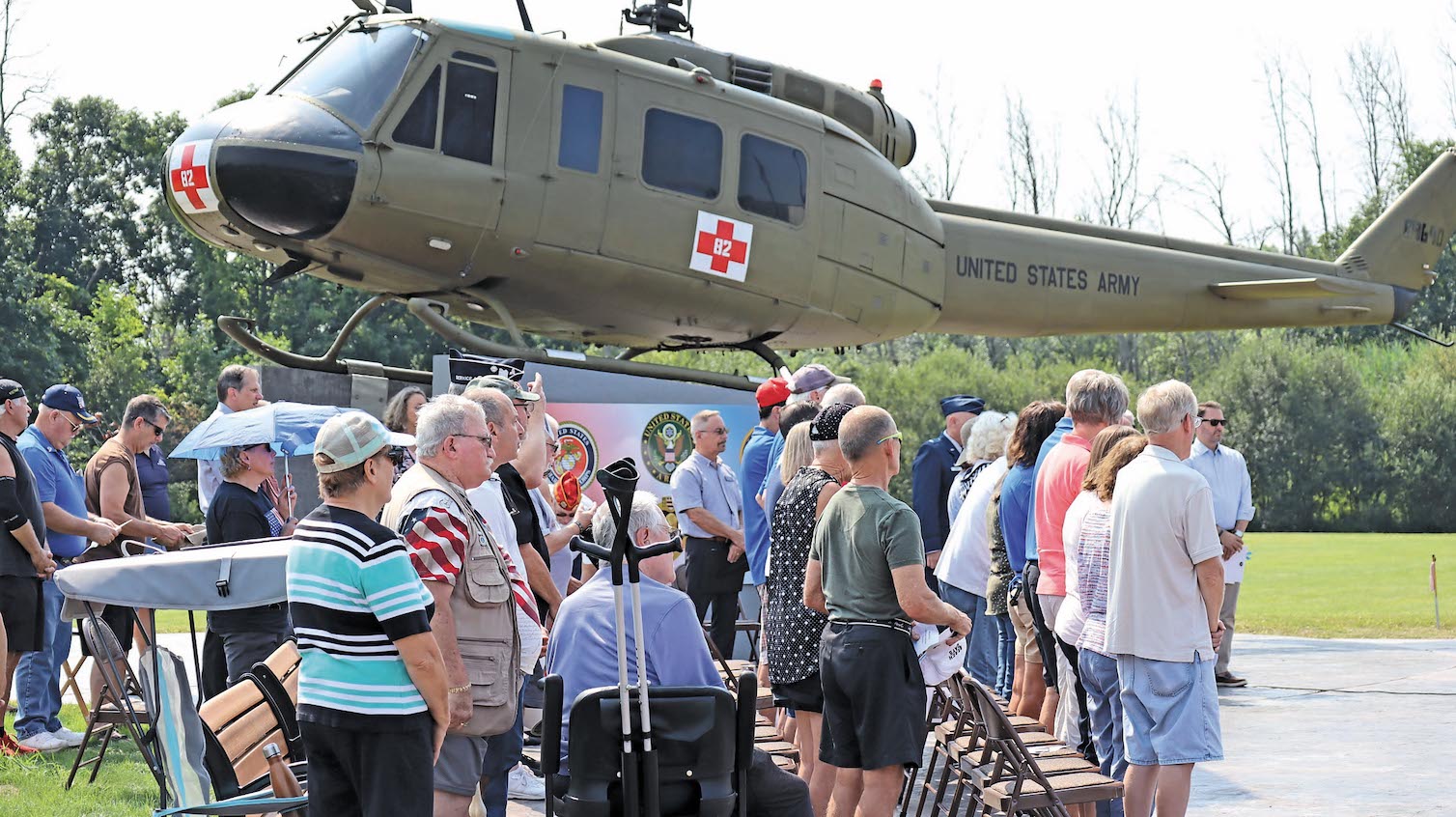 “They worked tirelessly in the Highway Department, brought doughnuts and coffee every week, and did a heck of a job; what a beautiful job they did. I want to say to all of you guys, for me as a veteran and as a combat medic … thank you and I love you all,” MacSwan said.

The event kicked off with a rousing rendition of the national anthem performed by Western New York native and 2020 finalist of NBC's “The Voice,” Cami Clune.

Each speaker expressed hope for how the memorial might positively affect those who visit it. Pastor Denton White of Holy Ghost Lutheran Church, who provided the invocation prayer, perhaps most gracefully illustrated the point.

“Dear heavenly father, we give you thanks for all who died for every ball, turn, and for those who stand now ready to sacrifice all in order to protect us. We ask that you will cause all those who visit this memorial to pause and ponder the meaning of it all, made a profound allegiance are the members of each branch of the Armed Forces inspired parallel and compatible allegiance in us as citizens to the maintenance and development of a prolonged and fruitful society based upon freedom. We pray that those who visit this memorial will remember that our republic has been defended at the cost of the lives of those who cherished our future more than they cherish their own lives," White said. 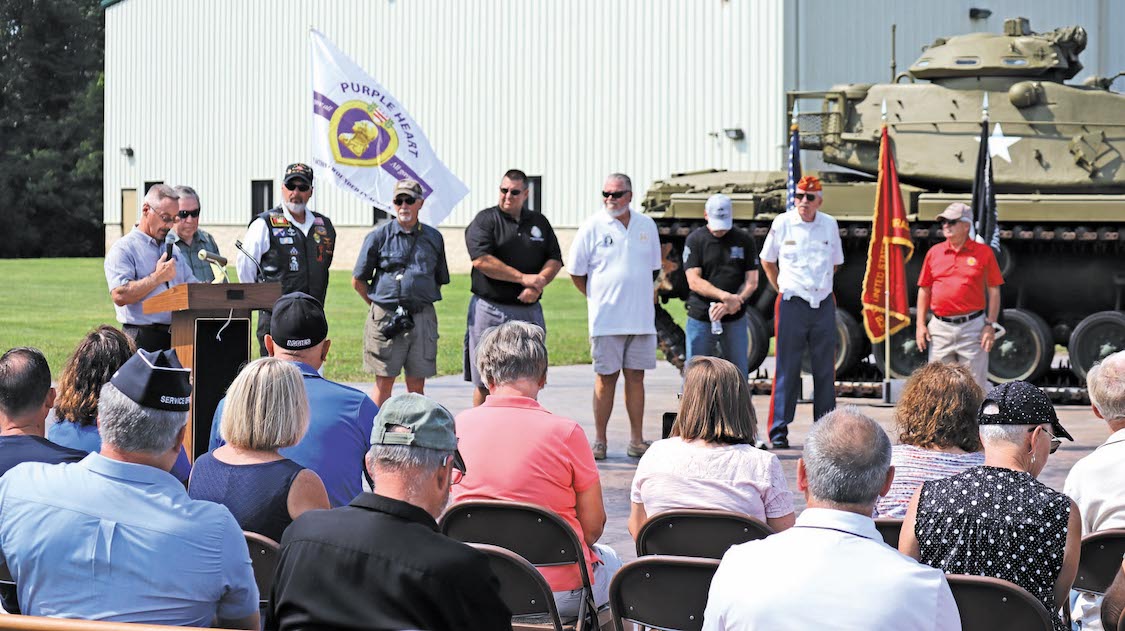 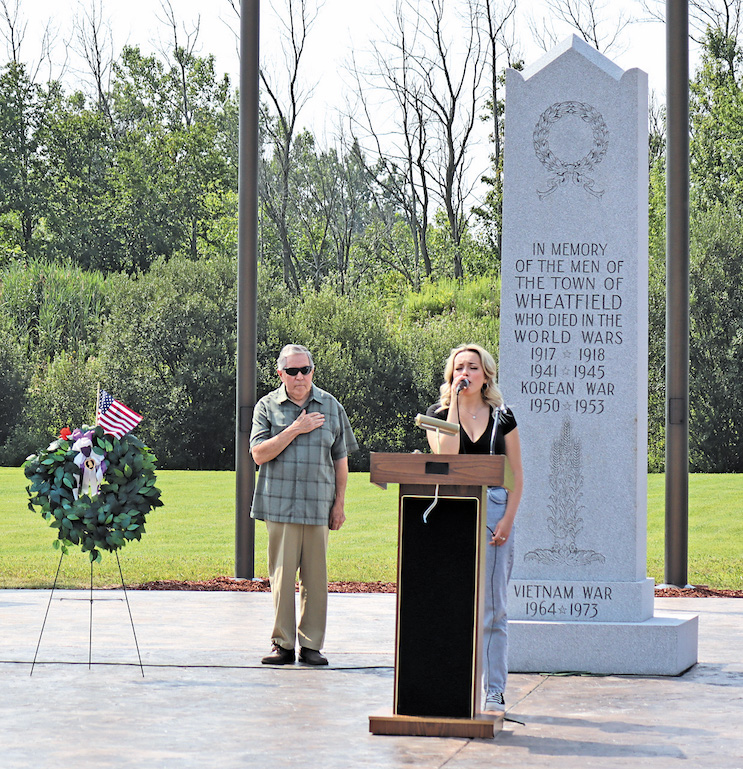 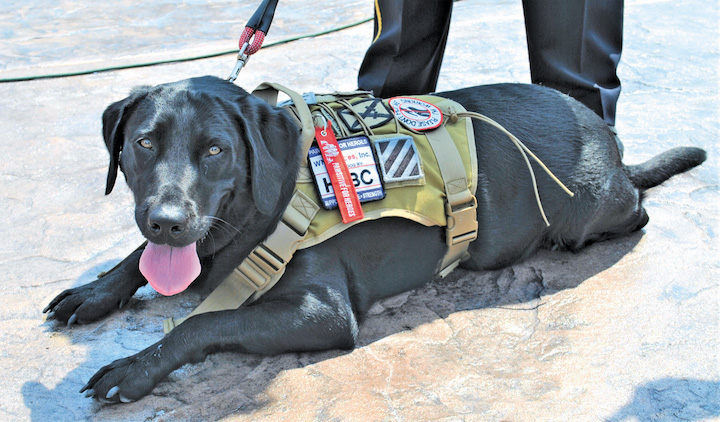