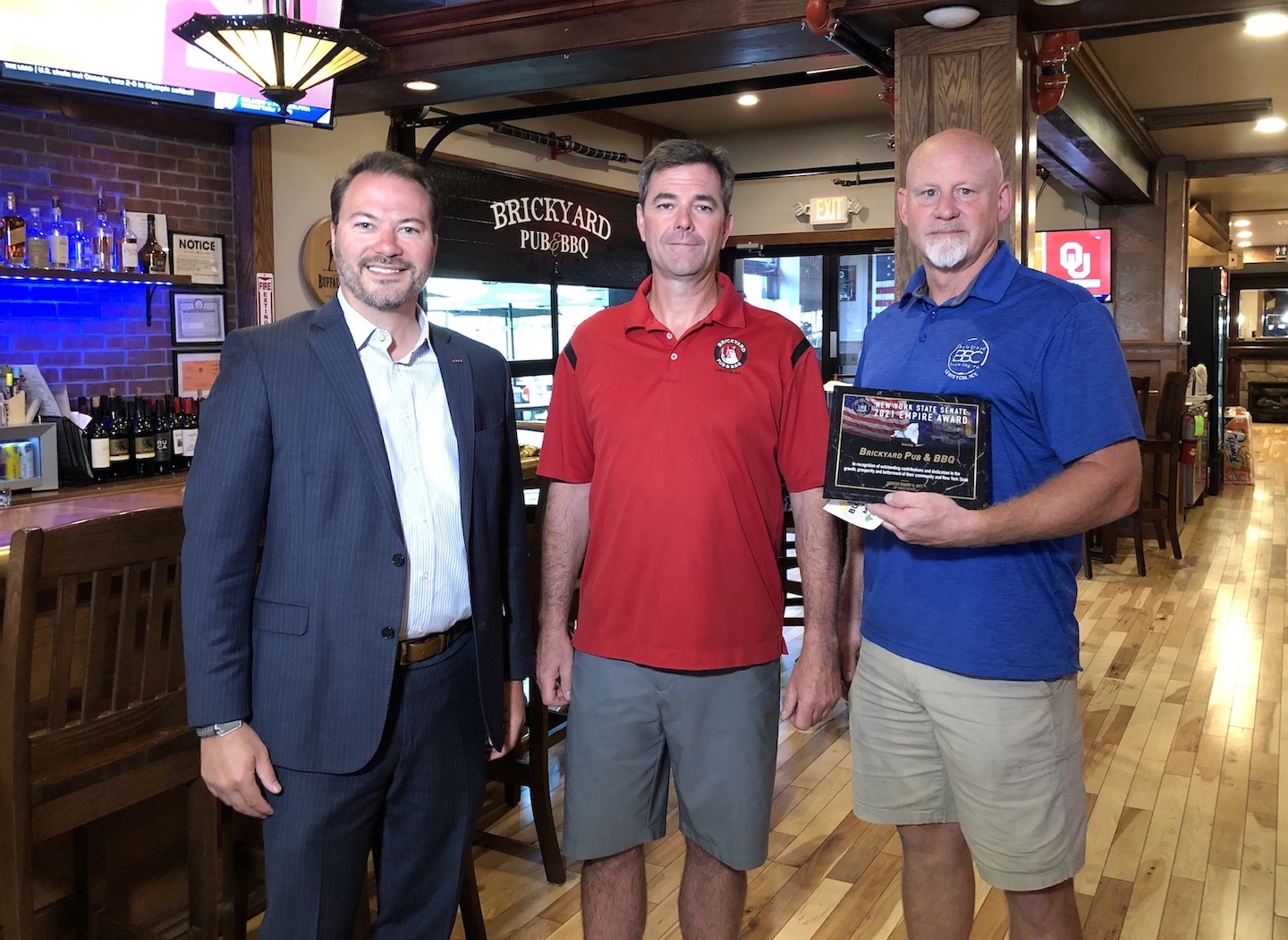 Ortt said the accolade was based on feedback his office received attesting to the contributions restaurant staffers have made to Lewiston and Niagara County.

“We had several submissions going back several months basically recognizing Brickyard BBQ. I was certainly familiar with it but, again, far be it for me to just pick the business myself,” he said Thursday morning at the Center Street eatery. “We want to hear from the community. So, whether it was your staff, whether it was customers … or even just people being here in the Village of Lewiston that really, I think, appreciate what you do, the product you put out, your role in the community, your involvement in the community.”

He commended Bryan and Matthews for fighting their way through the pandemic and said the Brickyard’s success is “a testament to your brand, your customers and your workers.

“This is a small way, on behalf of the Senate and on behalf of my office in our district, to present you guys our ‘Business of the Month.’ ”

Bryan said community support over the past 18 months – and especially after a fire damaged both The Brickyard and the adjoining Brickyard Brewing Company in May 2020 – has been “overwhelming.”

Matthews thanked the community for patronizing The Brickyard, buying BBC beer locally (it’s available at Tops and the Artisan Farmers Market), and offering words of support.

“We can’t say enough about the community, and the staff we have is amazing,” he said.

The Brickyard is located at 432 Center St., Lewiston. 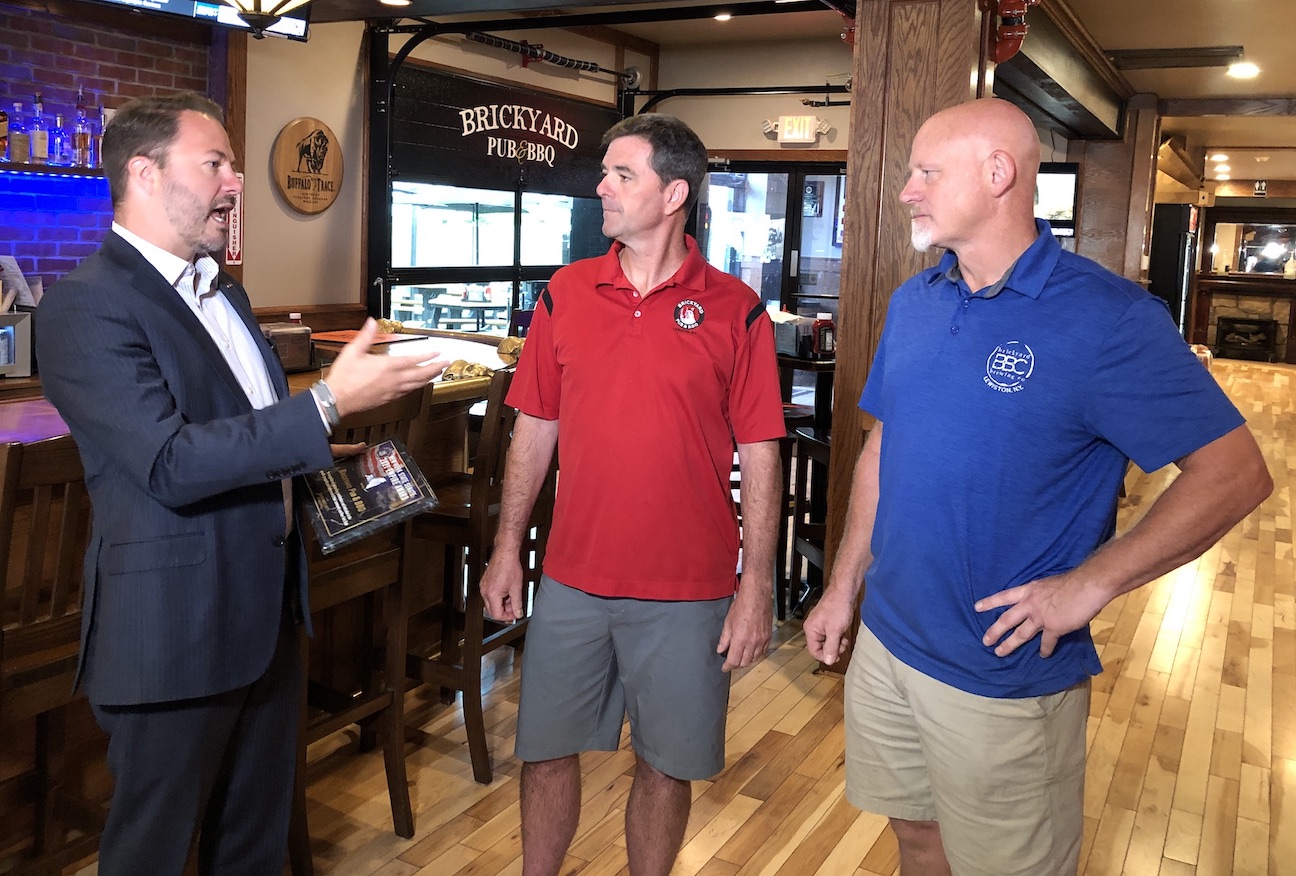