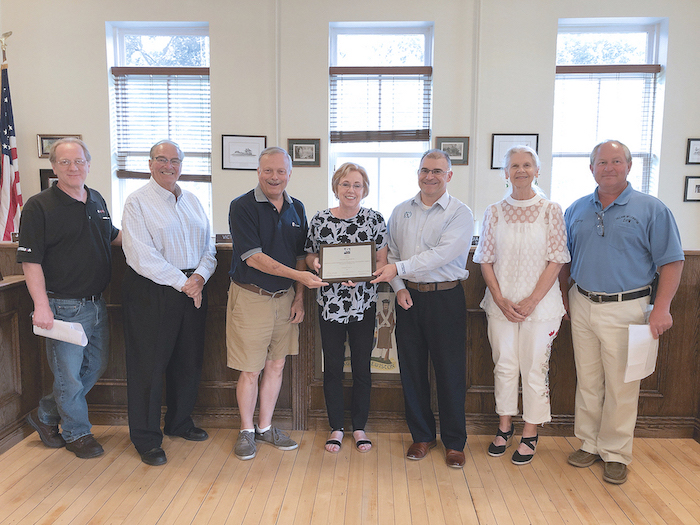 Village of Lewiston to use federal money to repair infrastructure

More than a quarter of a million dollars in American Rescue Plan Act funding has been earmarked for the Village of Lewiston. On Tuesday, trustees voted to use the money to make repairs to North Ninth Street.

“We were just notified that we are going to be getting the federal stimulus money – a portion of it. A first payment of $267,000,” Mayor Anne Welch said. “And after having a discussion with (Department of Public Works Superintendent) Larry (Wills) and the board members, I think we will pursue the Ninth Street water and sewer project that has been shelved for many, many years. Larry gets many water breaks that he keeps digging up, and by the time he fixes one, the other one bursts. It’s very costly. Years ago, it was over $200,000.”

Engineer Mike Marino told Welch stimulus money had to be used either for infrastructure or for COVID-19-related projects.

“We’re waiting for Mike and Larry to get together and figure out everything they need,” Welch said.

Wills said, “It’ll be North Ninth Street, from Center all the way to Mohawk. We’re going to try to eliminate the 6-inch line on the east side of the road – underneath the road – and tie all those cross-streets into the 12-inch that’s on the other side of the road.

“We’re going to gain fire protection flow (water pressure), and we’re going to be putting new hydrants on the 12-inch.

Deputy Mayor Vic Eydt, who has been working with Marino, Wills, Trustee Nick Conde and Lewiston firefighters on a new fire protection plan, said, “We’re looking at this being part of phase two. The first phase is Mike is working on bringing the water line across, underneath the parkway. … We’re looking at Ninth Street as phase two, but since we’ve got the availability of this money, we were told that we can use it. And there is a dire need to get that done over there. I think this is the time.”

Phase one is estimated to cost more than $1 million.

Eydt said the board would need permission from Niagara County to connect into the 12-inch line.

Welch said the municipality hopes to receive a second payment of $267,000.

Each appointment carries a one-year term of office.

•Regular meeting dates of the Village Board of Trustees for fiscal year 2021-22 will be held at 6 p.m. in the Red Brick Municipal Building, 145 N. Fourth St. Official meetings shall be the first Monday of each month from October through May, except the September session will be on the first Tuesday; and the third Monday of each month, save the January and February 2022 meetings, which will be on the third Tuesday.

•The Niagara County Tribune/Sentinel was designated as the official newspaper of the Village of Lewiston. 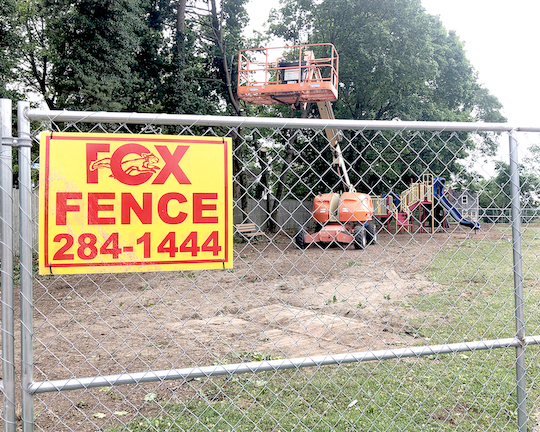 •Conde asked Marino to map out Ridge Street to see what traffic and parking options make the most sense. Business owners have asked trustees to consider changing the roadway back to two-way traffic.

•Last week, the DPW successfully moved the Academy Park gazebo to a new location, closer to the recently relocated bandshell. Welch said that was at the request of Kiwanian Jeff Jordan. The Kiwanis Club uses the structure during the Niagara County Peach Festival.

Welch said the former bandshell site was leveled and seeded – and hopefully will grow grass ahead of the September event.

•A private fireworks ceremony will take place Saturday night in conjunction with an event at the Niagara Falls Country Club. 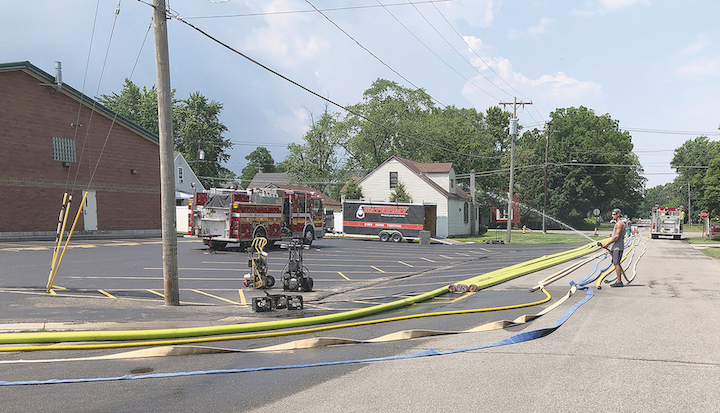 Lewiston Fire Department No. 1 hoses were tested earlier this week in front of the fire company parking lot.

•Onondaga Street, from Fifth to Sixth, was temporarily closed Tuesday as Lewiston Fire Department No. 1 had its hoses inspected.

•Marino announced the Village of Lewiston, its DPW, and Nussbaumer & Clarke took home an ACEC New York Engineering Excellence Awards Platinum accolade for the reconstruction of Lewiston Landing. The pier was recreated and bolstered following high-water events in 2017 and 2019.

Lt. Gov. Kathy Hochul, who spoke at the September 2020 groundbreaking, called it a “magnificent waterfront; and what a gem of a community this is.”