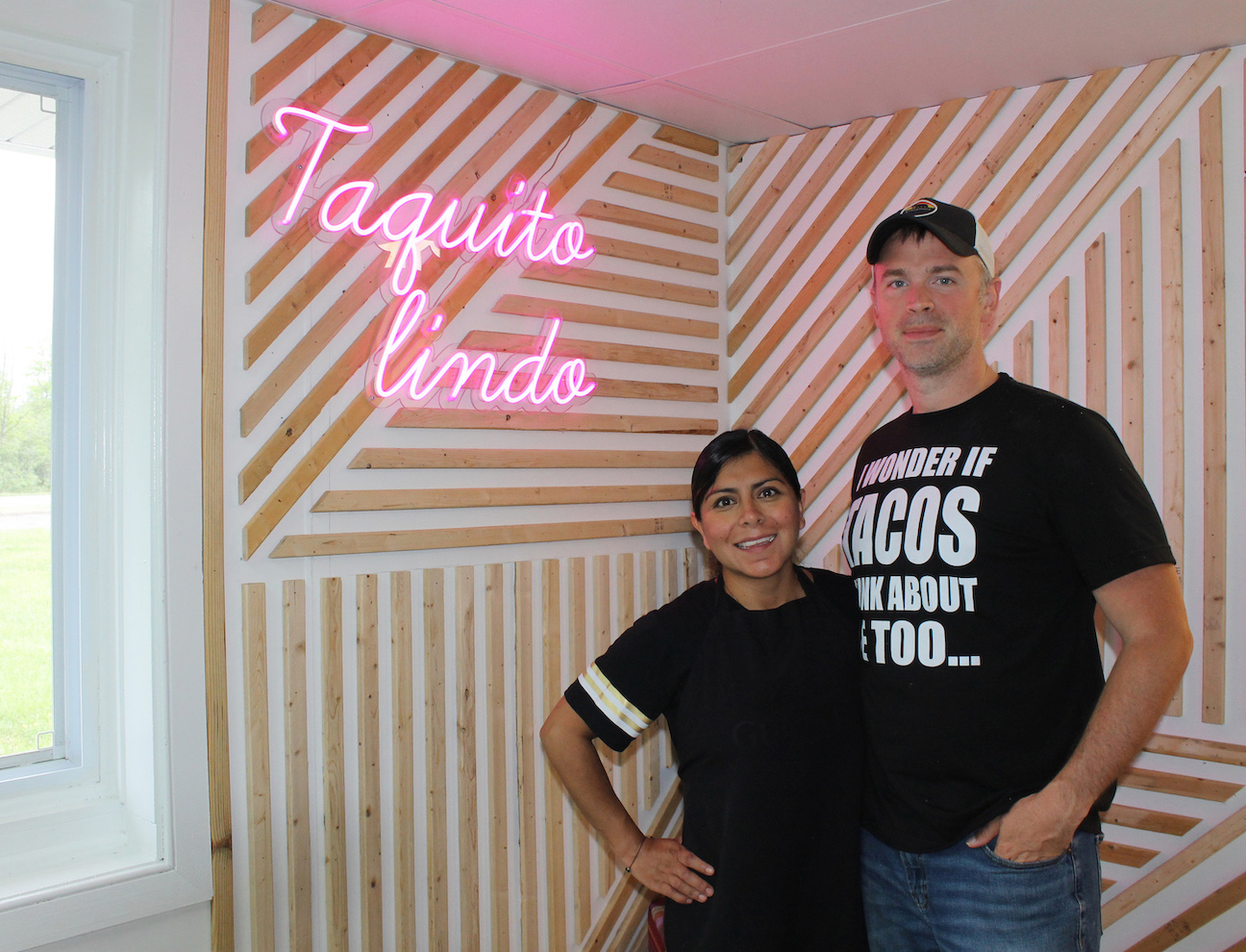 Owner Andrew Mackmin, 36, and three partners had their hands full on opening day, just before 5 p.m., as more than a dozen customers already were dining or awaiting their orders to arrive at the table any minute. The parking lot was beginning to fill up and new customers were opening the door to a new dining experience.

Jack and Wendy McCaffery of Grand Island were among the first to chow down at the restaurant’s first dinner hour. Jack ordered the sampler platter of three types of tacos, while Wendy ordered the Alambre, featuring sautéed red and green peppers, onion, garlic, bacon, Mexican chorizo, “juicy steak” and a little bit of cheese. The consensus: “It was very good … very tasty,” they agreed. Mackmin calls the Alambre “the Mexican souvlaki.” 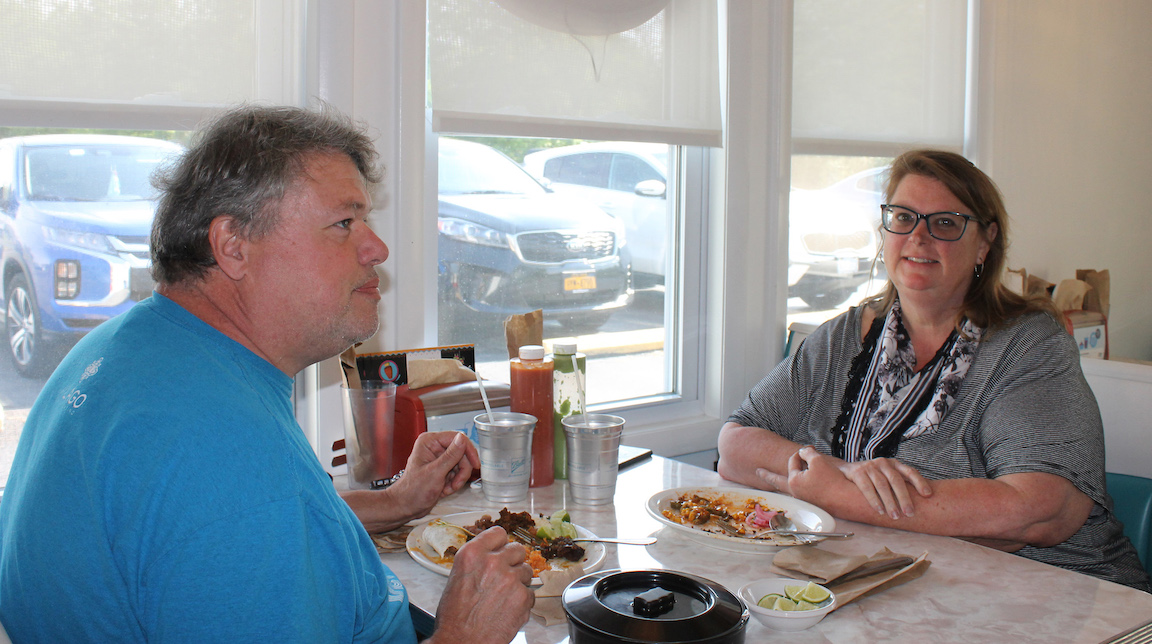 Allan Hensley of Grand Island was celebrating two opening days on Tuesday – baseball and tacos. He ordered takeout prior to attending the Blue Jays matchup with the Miami Marlins at Sahlen Field. Hensley and his family moved to the Island just four months ago from Cincinnati.

“We were excited to see that the place was opening,” Hensley said of Taquito Lindo. He ordered the sampler platter. His next stop: the ballpark. “This is a once-in-a-lifetime thing to see two major league teams playing in a minor league park. So, go Jays!”

Mackmin came by the idea of opening a taco specialty restaurant quite naturally. He and his wife, Sandra Ortiz Juarez of Grand Island, met in Cholula, Mexico, where she was studying and near where he had his first job after college. Taquito Lindo recipes are hers and that of their partners, Cindy Preciado and Eduardo Casas, both of Mexico. Mackmin grew up in Tonawanda and he and Sandy have lived on the Island for three years. They have been married for 11 years and have two children. 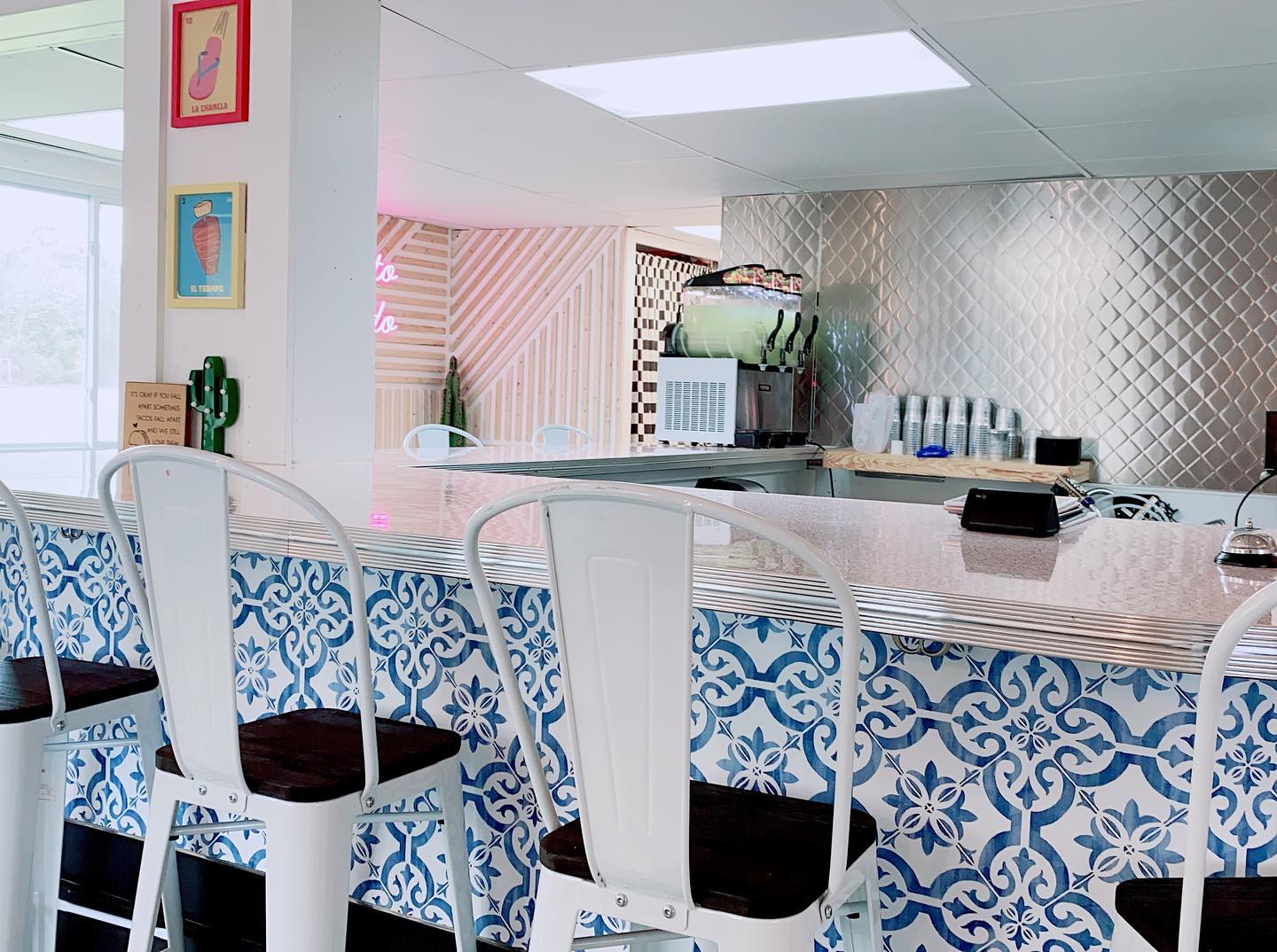 “Sandy and I have been looking for a place for about the last two years,” Mackmin said. COVID-19 delayed their plans to open until now. He said they really wanted a place that was big enough to hold guests but small enough that they could perfect the cuisine, create a family atmosphere and give customers the experience of a real Mexican restaurant.

“We’ve been mastering the traditional al pastor taco, which is the most well-known street taco in Mexico. … We’ve been working in our backyard and having parties the last two summers to test it out, get it better,” he said. “We all cook, but the recipes are Sandy’s, Ed’s and Cindy’s.”

“The cuisine is very typical for Mexico,” he noted. “In Mexico, eating tacos is like eating chicken wings.”

He explained that, in addition to street tacos, there can be unique or gourmet tacos, but the ones on the menu at Taquito Lindo are the ones you find commonly throughout Mexico. The restaurant’s décor is Mexican, “to give the feeling that you’re walking into a new world in here,” he said.

“Ed, Cindy and Sandy are super-passionate about sharing what is a very popular way of interacting or communicating in Mexico … through food. It’s a very family-oriented experience where you’re around the table all the time and food is what brings everybody together.”

“I think it’s really great; they’ve done a great job with their menu,” he said. “We really want to be able to provide a kind of street food, but in a modern tone.”

He said they will also be preparing typical Mexican cocktails when the liquor license comes through, which should happen within the next couple of days or, at the latest, July 1. In addition to margaritas, they plan to serve the Paloma, also a tequila-based cocktail prepared with fresh lime juice and grapefruit soda. “It’s very refreshing – a good summer drink,” he said.

“We recognize a lot what this building has meant for many years.” The previous restaurant at the location, the Viking Diner, closed March 13. The original eatery at the site was the Clown House, which opened in May 1955. The building also previously housed the Islander Restaurant and McMahon’s Family Restaurant.

Mackmin said he is very appreciative of Chris Polizzi, proprietor of the former Viking Diner: “I can’t tell you how much he’s helped us.”

He said Polizzi told them, “ ‘I really want you to succeed, man. I really want you guys to do well – whatever you need.’ He’s true to his word. Anytime I’ve called him, ‘Hey can you come over and check something?’ he’s come.”

“Hopefully, we can be a new, long-lasting place for the community,” he said. “We believe in the community. We know people here are looking for diversity and options, and we think we have a good option.” He said they are very excited to provide a new flavor to the Grand Island community.

On Thursday, two days in from opening day, Mackmin said, “I think, so far, people have been very receptive; they’ve been very welcoming. We can’t say enough about the support that we’ve gotten from the community. It’s been an overwhelming feeling to know that people are rooting for you.”

They don’t do delivery or take phone calls for takeout, but customers can come in and order takeout. Mackmin said the reason is simple.

“I don’t want to take away from the experience of the restaurant just to make money on the takeout. … We want you to see the place, too. We want you to meet our friends, meet our family … and bring people together.”

He said with the diminishing of COVID-19 cases and easing of restrictions, everything aligned for an auspicious restaurant opening: “I think everybody’s just really excited to get out again.” 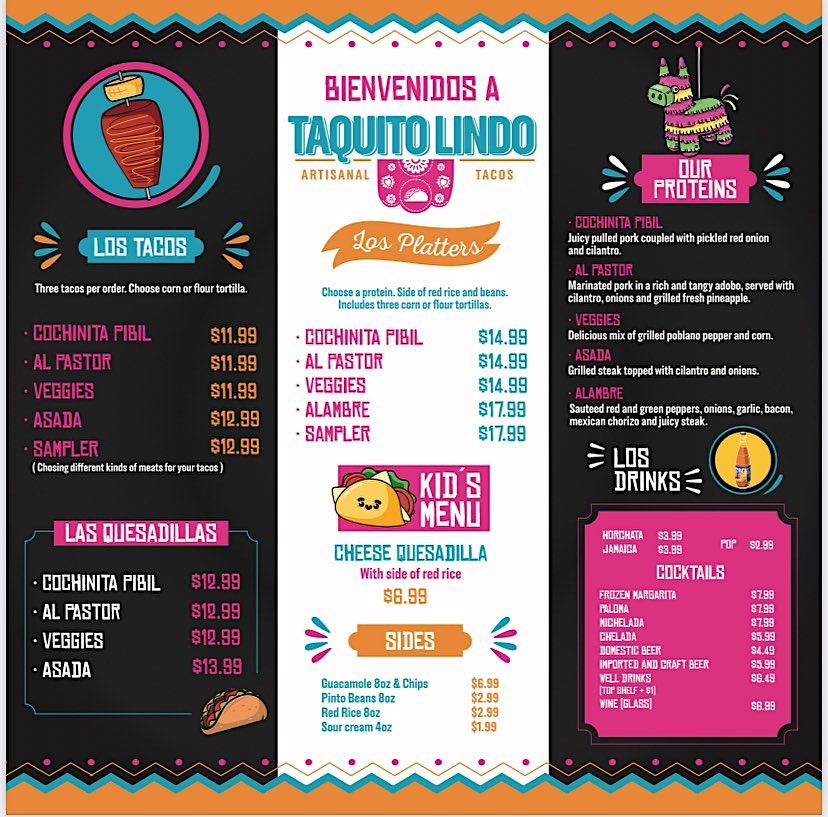 The Taquito Lindo menu shows the offerings on opening day. The cocktail menu will be available at a later date. (Photo courtesy of Taquito Lindo)