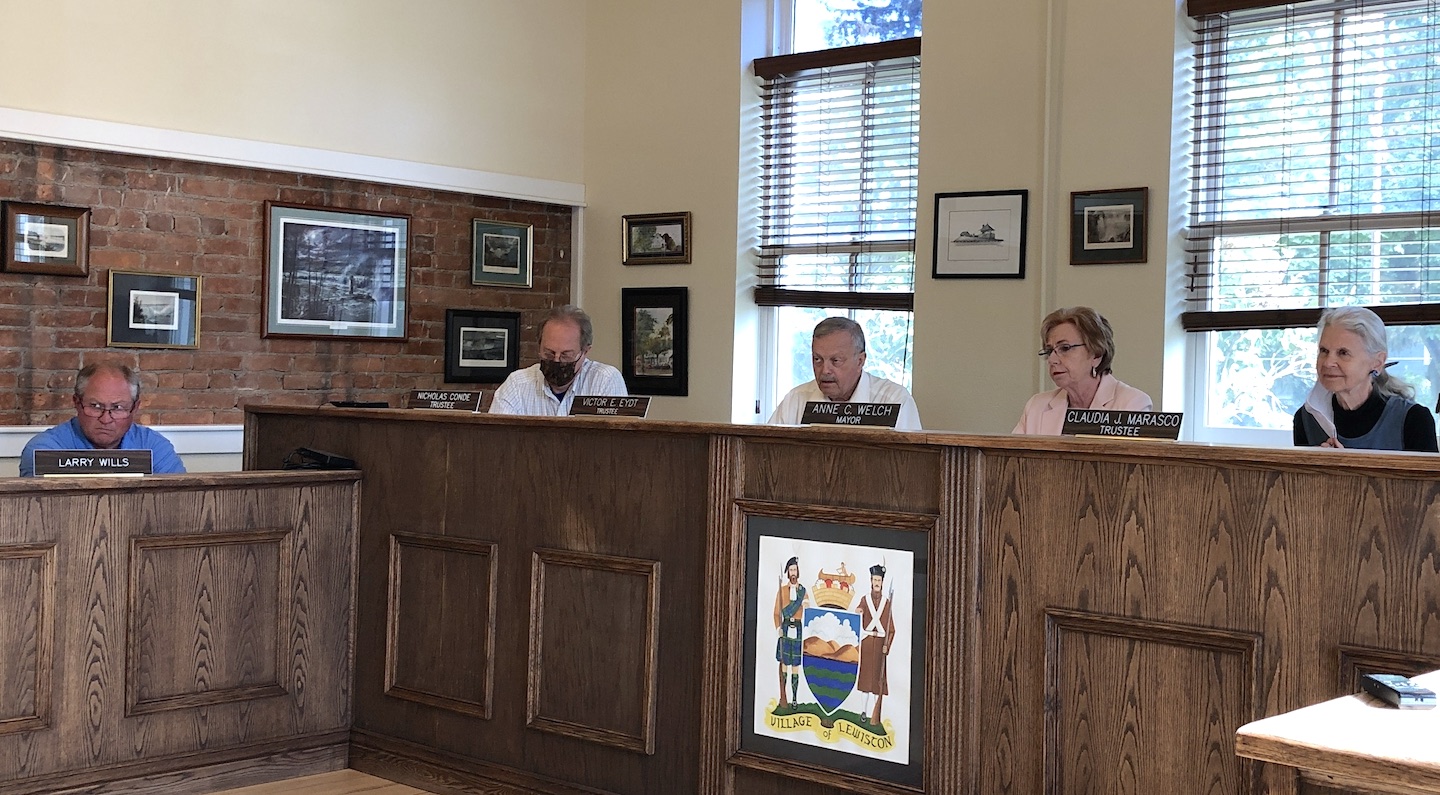 The Village Board was back in session in the designated meeting room.

In a sign things are moving back to “normal,” the Village of Lewiston Board moved out of the Red Brick Municipal Building gym last Thursday evening. For the first time since the coronavirus outbreak in March 2020, trustees met in the Morgan Lewis Village Boardroom.

The 2020-21 fiscal year came to an end, and a light agenda of procedural moves was approved. Of note, Deputy Mayor Vic Eydt said his subcommittee studying Center Street water pressure will be working with state officials to come up with both a plan and approval to add a new line.

“Basically, what we’re looking to do is bring water across, underneath the (Niagara Scenic) Parkway,” he said.

Eydt said a 12-inch water line would be placed “from where it dead-ends at Ridge Road, basically almost at the fire hydrant right before you get to the bridge – on the east side of the bridge – and bringing it across, over Ninth Street and then through (Academy) Park, and it will tie in to Portage Road.”

This would create additional firefighting reserves – resources said to be lacking when first-responders battled a late-night blaze at the Brickyard Brewing Company one year ago.

Eydt said the village will need easements and right-of-way permissions to work across lands owned and operated by the New York State Department of Transportation and New York State Office of Parks, Recreation and Historic Preservation.

Funding also will be an issue, with the project cost said to be at least $1 million. The municipality will pursue grants, but Eydt said the board also should consider a low-interest bond anticipation note to finance the project. 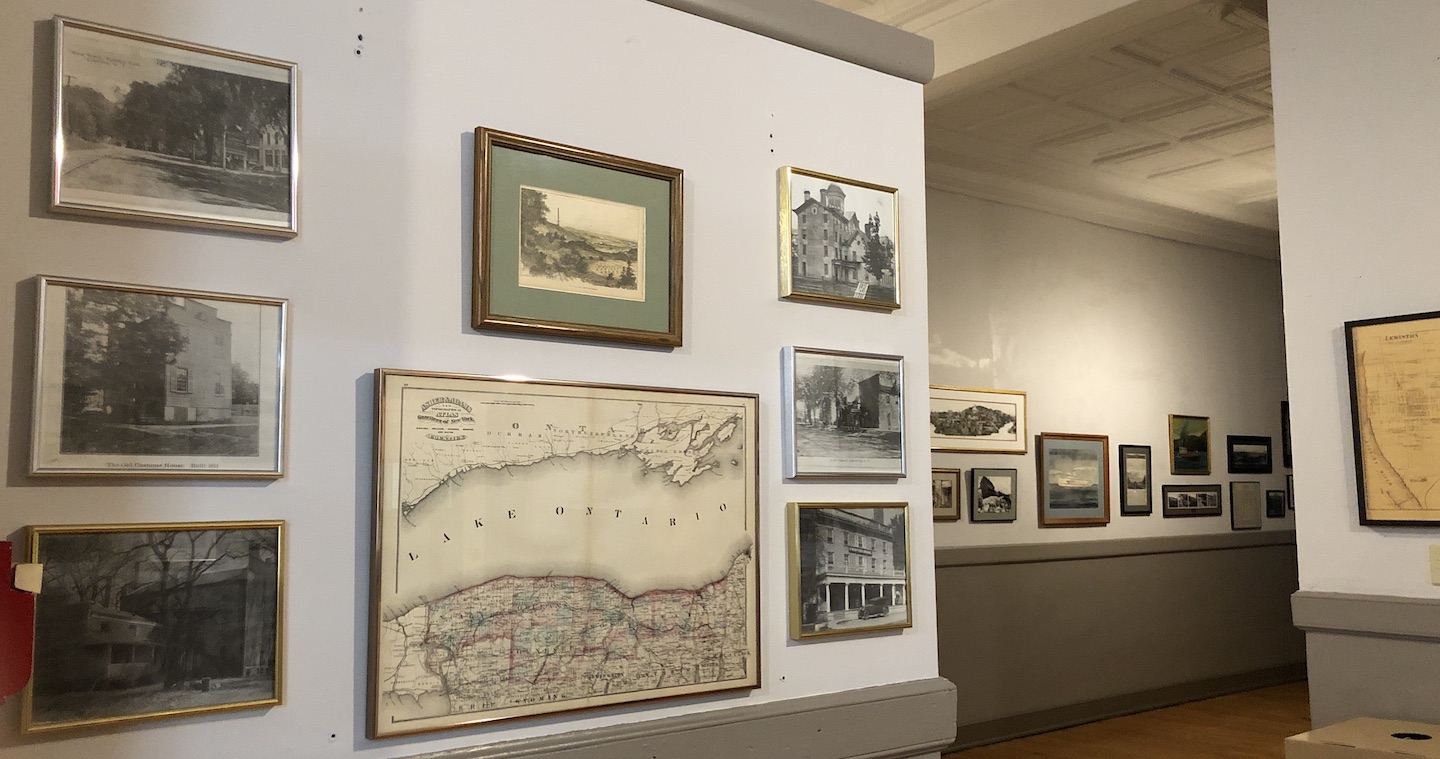 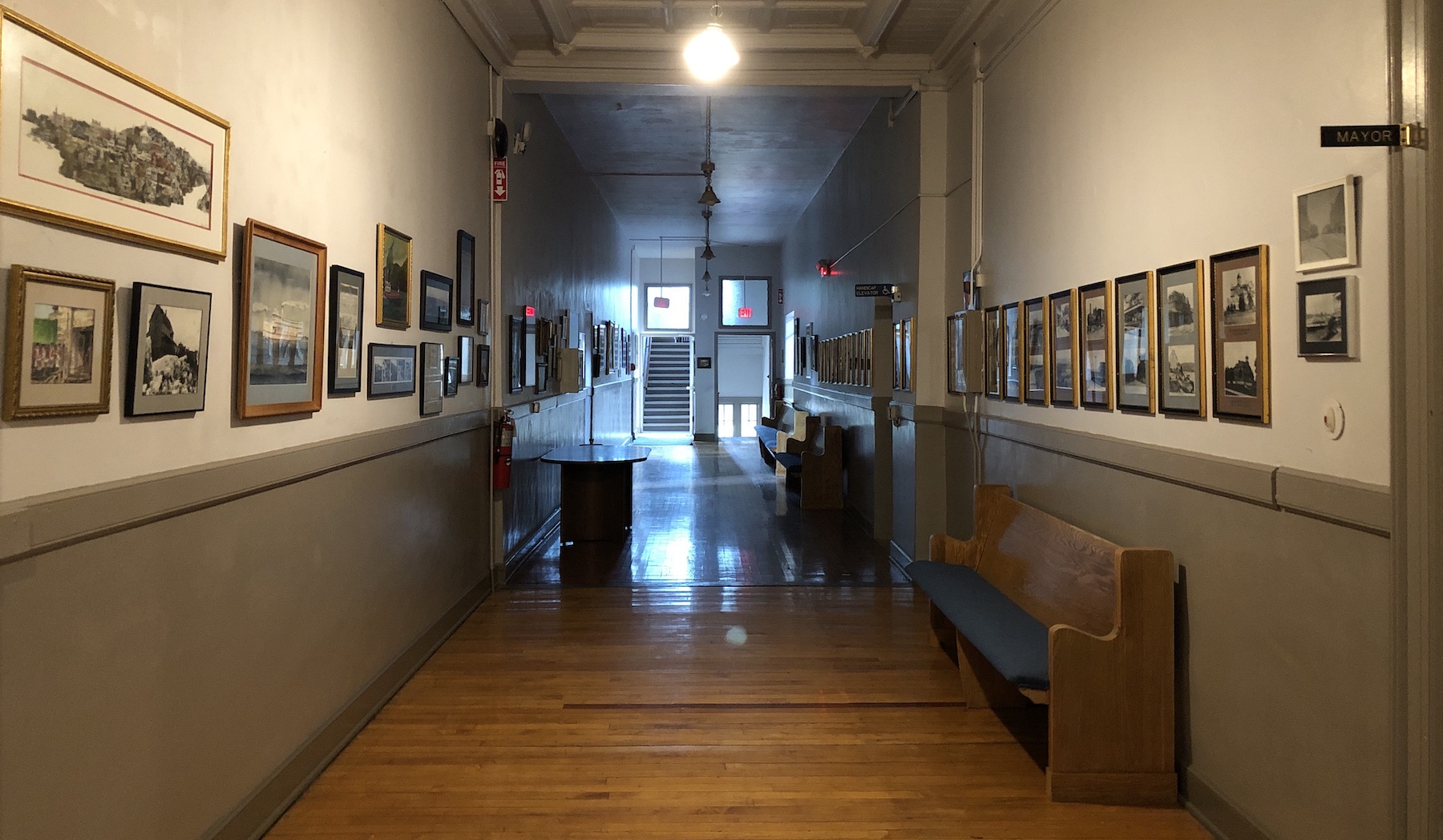 Village of Lewiston Historian Russ Piper has been busy.

“Recently, I redecorated the village clerk's offices and the main hallway. Apart from the artwork, I redesigned the World War I memorial wall, having added an original sketch of a World War I soldier as well as restoring the American Legion charter and roster; lastly dedicating an area to the past members of Lewiston Fire Co. No. 1.”

His museum room, which is down the hall from the clerk’s office at the Red Brick, has “interesting new items on display,” Piper said. “I just recently acquired the collection of the late village historian, Holger Gagen. Also once more, Jeff Morrow of the Book Corner afforded me the opportunity to acquire books from his vast collection of local history archives, as well as Sue Sullivan of Sue's Frame of Mind who has for the past 26 years helped to frame and restore many of the items on display. The help from Jeff and Sue has been invaluable to me over the past couple of decades.”

Moreover, Piper said, “I am working to clean up and restore the (First Presbyterian Church of Lewiston Village) Cemetery,” which was added to the New York State Registry of Historic Sites.

“It has been a labor of love for me to do this to honor the prominent and the ordinary citizens who a part of Lewiston's vast history,” Piper said. “This and the creation of my museum collection are to pay tribute to both my ancestors and others’ ancestors who rest within its hallowed ground.”

He lauded the Lewiston Council on the Arts for its production of “The Marble Orchard Ghost Walks” at the cemetery.

“As a seventh-generation member of the Piper family and current village historian, it is a matter close to my heart to see the final resting place of those who seek eternal rest and repose within ‘The Marble Orchard’ to be preserved as a place of honor and respect to those interred within,” Piper said.