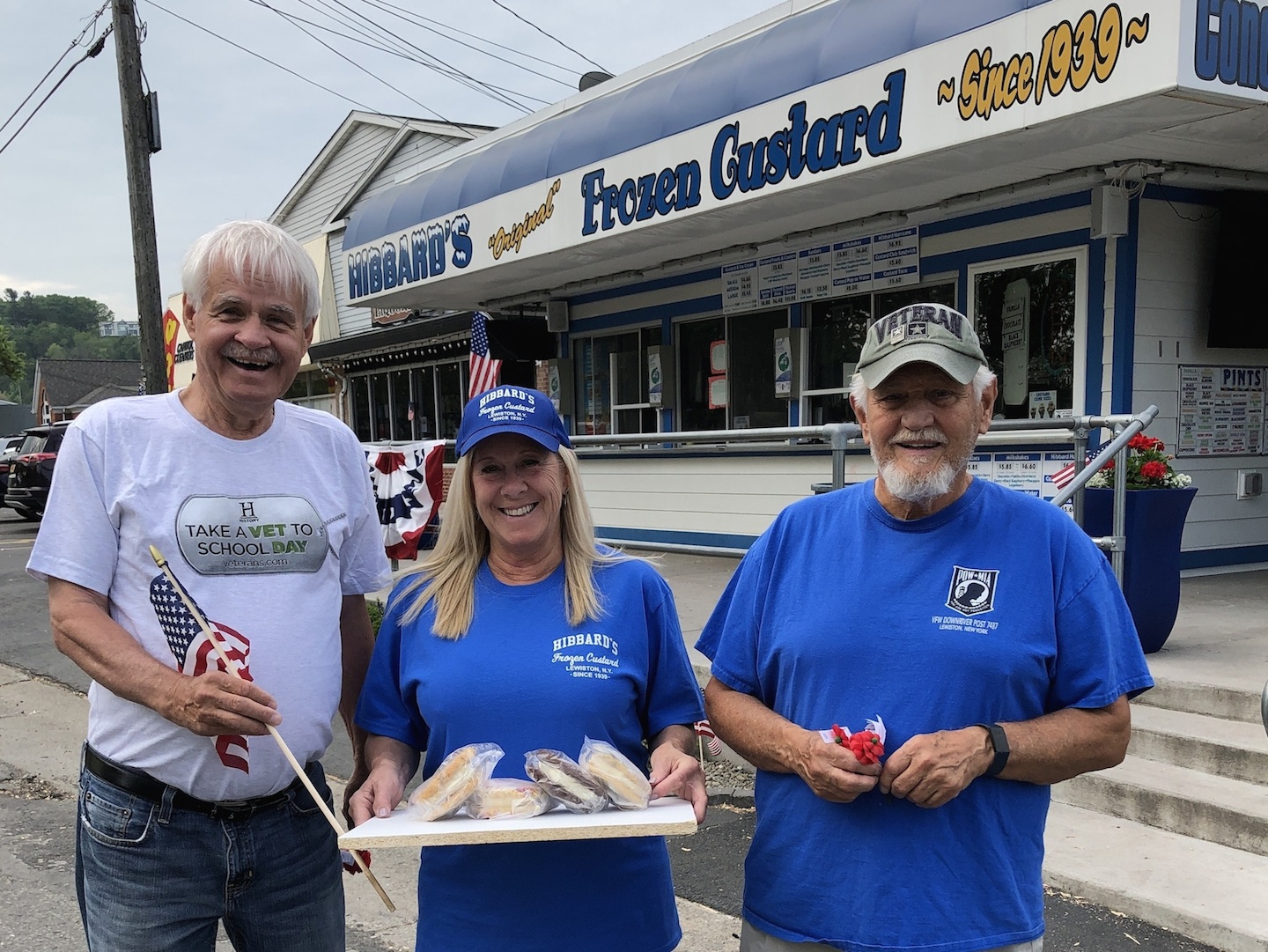 This weekend, when you purchase one of Hibbard’s frozen sandwiches – you know, the ones with that world-famous “Original Frozen Custard” paired between The Village Bake Shoppe cookies – you’ll be honoring those who have defended this country.

“Hibbard’s Custard is going to give all of the proceeds from our cookie sales from Friday through Memorial Day to the VFW Downriver Post 7487 for their ‘Circle of Honor’ maintenance,” owner Kris Trunzo said. “We just wanted to give back to our local veterans.”

“It’s very, very nice,” Cmdr. Bill Justyk said. “I’ve known Kris and her family for many, many years and, to have support like this from Hibbard’s and their family and then from the community, it's wonderful.”

At 11 a.m. Monday, a Memorial Day ceremony will take place at the “Circle of Honor” in Academy Park. Though there won't be a parade or luncheon as in pre-COVID-19 years, “The program is going to be the same as it as it always is,” Quartermaster Vince Canosa said. “We're gonna go through our regular program. We have a guest speaker.

“Instead of the Air Force coming down this year, we chose to take the Scouts and teach them how to do the flag-folding ceremony with their troop leader; and they've been doing that. So, one person is going to explain each step to you, while the other Scouts do it.”

Justyk said, “Angelo Morinello, who’s the assemblyman for this area, he is a member of the Lewiston VFW; so we figured it would be nice for him to speak.” 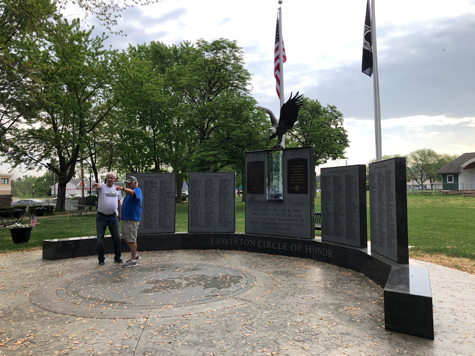 For those veterans who are limited with their mobility, the Portage Road side of the park will be closed from 10:30 a.m. until noon, thus allowing easier access to the event.

The “Circle of Honor” made its grand debut on Veterans Day 2019. Though 180 soldiers are currently listed on the memorial stones, “There’s so many veterans that still haven't put their name on the wall,” Justyk said. “We would like to say, ‘Come and put the name on a wall.’ It's really something to have this ‘Circle of Honor’ in Lewiston.”

Canosa noted, “This monument is only one of five small-town monuments that has an eternal flame. And it's one of the biggest small-town granite models. For this community to do this was a feat, in the support that we got.”

He added, “Most people like it. It's a nice place. If you come up here at nighttime during the summer when this is open, you'll find people sitting on these benches. Just sitting here and thinking about things. And I know that there's a lot of wives and family that have called me and told me, and thanked us for doing this. … I get phone calls every day from people that tell me what a beautiful thing that is.” 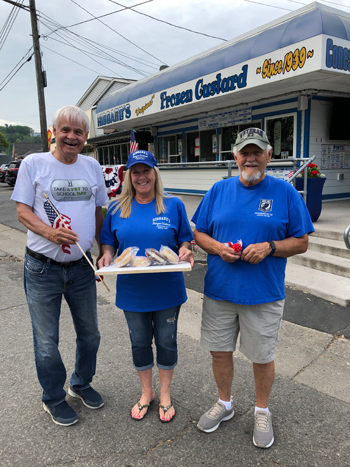 Justyk said, “I would like to thank all the businesses and the people in our community, especially Hibbard’s and Anthony DiMino from Tops. This weekend is also our poppy weekend.

“I would like to thank Xtreme House Wash for coming and washing our monument and sealing it in, him and his family. We thank them. And Bill Fields, who made a beautiful podium for us, and you will see it on Memorial Day. Beautiful, gorgeous.”

He noted, “The Town of Lewiston, along with our VFW post, we also maintain two other cemeteries – one on Dickersonville Road, and one on Kline Road, off of Saunders Settlement Road. We work with the town very hard to make sure the cemeteries are up to par, so we can put our flags on them, too.”

Canosa noted, “We help with the other two that are up on top, Riverdale and Holy Trinity.”

Justyk added, “The Village of Lewiston DPW has helped us. And also the Garden Club donated all the flowers for the baskets, and we really appreciate that. It's that help that they give us to help us maintain this.”

“Which they are,” Justyk interjected.

“And also one more important thing,” he said. “Memorial Day’s coming up. Please; I would ask everybody in the village and the town to put up their American flags. Very, very important. This is a special location. We give thanks to the people that have gone and passed, and to say thank you to them and their families.”

To make a donation to the VFW’s “Circle of Honor,” mail a check to P.O. Box 1164 or visit www.lewistonvfw.org. The website also has an application form for those looking to add a name to the memorial stones. 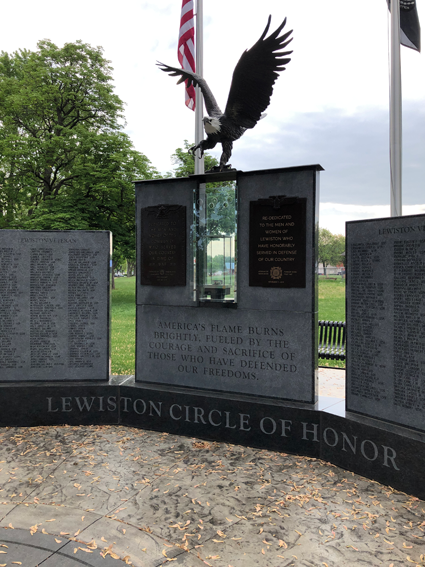 The “Circle of Honor” is ready for Memorial Day. 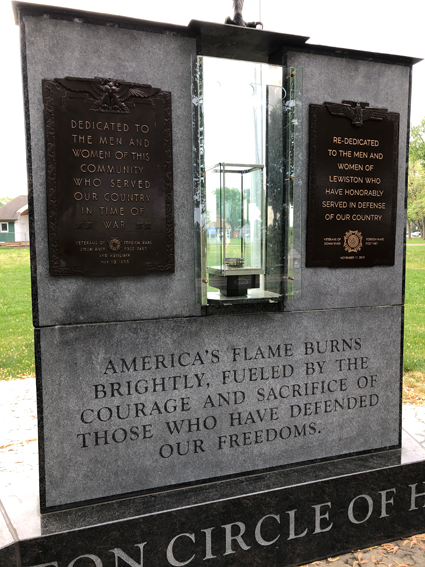 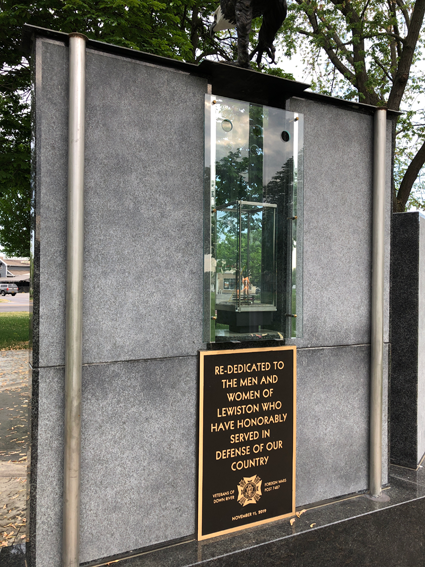 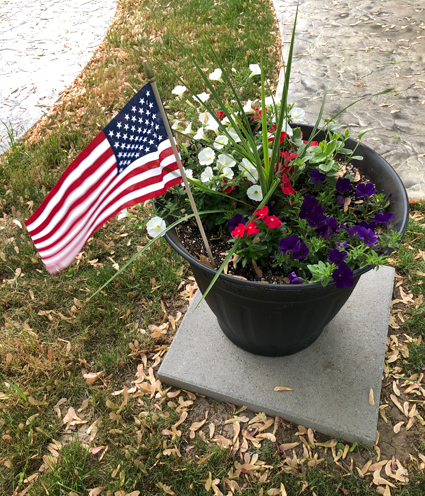 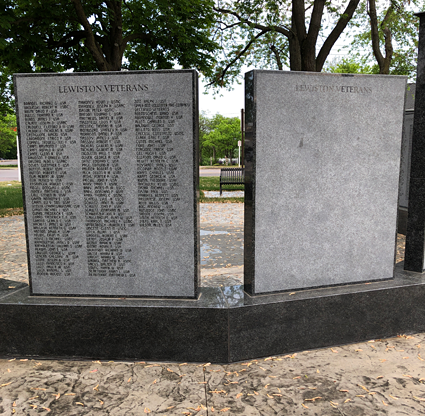 The VFW has room to add more names to its memorial wall.