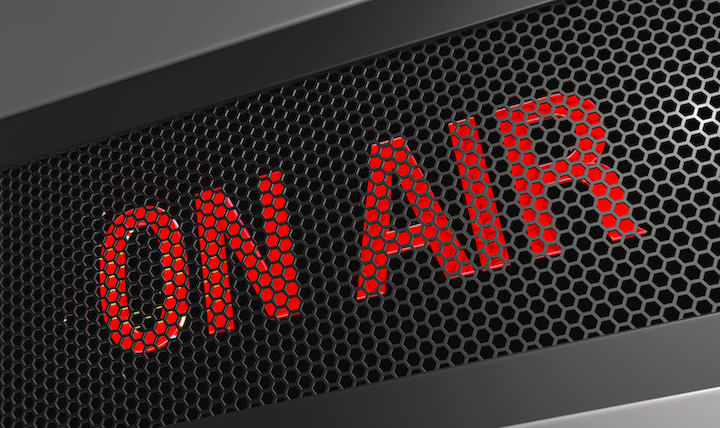 Inside the eyes of a broadcast

These are the words that are said by the director every broadcast, which starts the broadcast for the viewing pleasure, but there is more behind the scenes going on that one may see on the television screen. At Niagara University, all of the sporting events are done by a student run broadcast.

Before the broadcast begins, the crew have to set up for the event. Set up can take anywhere between an hour to two hours, depending on the sport, testing all the equipment, such as cameras and computers, making sure they all work.

“Each game day, we need to set up an array of cords and cameras to allow our shows to have the best camera angles. We run all of our audio and video lines to the precise, preplanned locations. After that, we make sure all the feeds are working properly, run our tests and then plan out the show from start to finish,” Kyle Barker said.

Following the conclusion of the broadcast, the crew have to tear down the set, unless the next game needed to film is in the same area, such as having back-to-back basketball games. The teardown is much quicker than the setup. 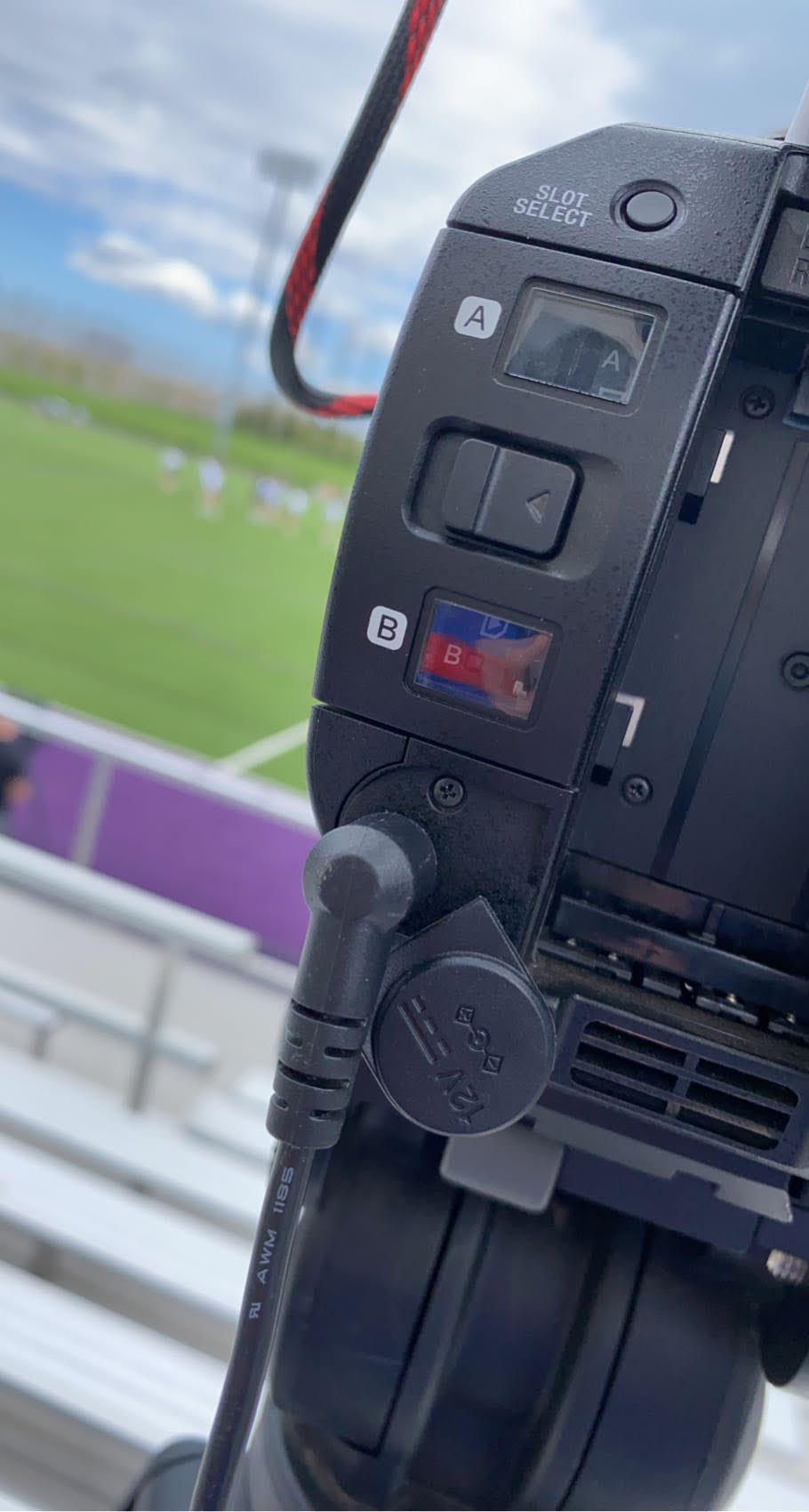 There are only a few positions that are not done inside the studio, all four being cameras.

The camera position is one of the places one can work during the game. The cameras are the only equipment used outside of the studio. All four cameras have different roles, each role bouncing off each other to make the broadcast or stream successful. Camera one, or the game camera, would follow the ball – or the person with the ball – making sure most (if not all) players are within the frame. The game camera is normally located somewhere high, typically on the bleachers, getting a high-enough angle to see the field.

“After doing camera two my freshman year, I can say that it is one of the hardest positions to work during the games, but it got easier after a while of practice. Even though it is a tough position, it can be really fun to do,” Ryan McNair said.

Ryan McNair is a sophomore sports management student at Niagara University. He has been working in the broadcast studio since the beginning of his freshman year.

During a broadcast, the people controlling cameras would be filming what the director is telling them to film through a headset, different angles capturing different things.

“During the game can be very stressful,” McNair said. “Sometimes the producer wants us to essentially multitask during the game and try to always have good shots for them to use,”

There is more variety in positions to work during the broadcast inside the studio compared to out on the field. All the positions have to work well together to run a successful broadcast. On any given day, a person or student who works within the studio should be prepared to work any of the positions. 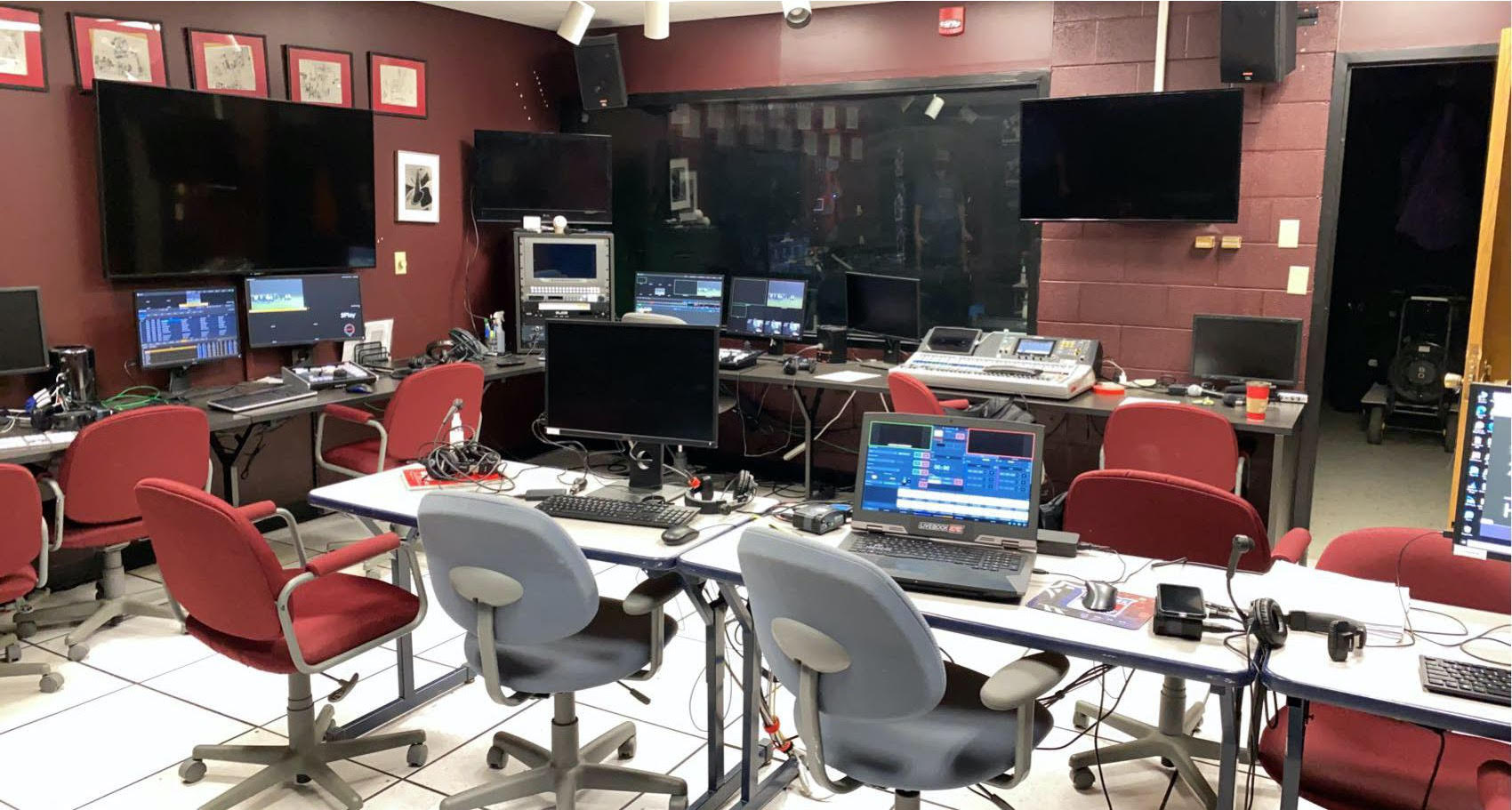 Positions within the Studio:

The technical director is the most important position for a broadcast to be usable. The director is the person in charge of the flow of the broadcast. They have a board in front of them on the table, known as a switcher, which is in control of switching the cameras on the stream, showing the replays during breaks, going to, and coming back from commercials, and making sure the cameras know what to film.

Depending on if the game is broadcasted on ESPN or not, is whether the school would hire a freelancer to work the game or have someone from the athletic communications department direct the game (normally Barker).

A freelancer is a person who is essentially a person who works a game or two for many different colleges or teams around a certain area.

“A technical director is so important to a broadcast for multiple reasons,” Barker said. “Whatever the viewer sees is due in part to the TD. They are the operator behind every shot, graphic and other element you see on a game day or show.”

For some games, there is a mini-setup used, which is a mini-tri-caster and a computer, which the director does by himself. This mini-setup holds graphics, replays and a mini-switcher, with less buttons on it.

There are different machines within the broadcast besides the switcher, such as the replay machine. The replay machine is used to capture the game footage upon a screen and can replay the footage, as in the title, as a second chance to view the footage of a highlight play or a goal. The person in charge of the replay is basically the switcher’s right-hand man. The replay machine sits next to the director, toward the front of the room. The two positions work hand-in-hand and are basically the brain of the operation.

“Replay is important for a successful broadcast because you need the replay to have proof of an incident that happened during the game. … Plus it is nice to have a replay of what happened prior after a commercial break,” Hailey Wicks said.

Hailey Wicks is a sophomore at Niagara University and has been working with the broadcasts since her freshman year.

The person in charge of the graphics computer sits in the back of the room. The graphics are done on a gaming computer, as it holds the most memory and runs fast enough to be able to handle games. The person doing the graphics talks with the director before the game to see what kind of graphics the director would want. They are then given the task to create the proposed graphics for the game. These graphics are then used during the game, either to promote stats, give out information, such as standings or schedules, or to show off historical events about a certain matchup.

Audio has a simple job, make sure the audio levels are good. They sit next to the director, with an audio board, making sure the play-by-play announcer and the caller are at a good level and the crowd noise is not to overwhelming. They also control the music during highlights and as the stream is starting.

During the broadcasts, each person would listen to the director and do what they ask, as they are basically the head of the broadcast.

The group of workers come from a difference in majors, as most, if not all of the workers are college students.

“My favorite part of broadcasting is the feeling after a show. Knowing all the hard work you have put in for that day resulted in someone being able to watch our games. Especially this year, with the majority of our season not allowing fans, knowing we were the only outlet for our fans to watch the games was exciting and nerve-wracking,” Barker said

Some of the opportunities are very good for experience. The conference Niagara sits in, The Metro Atlantic Athletic Conference, or MAAC, allows their students to work the games, giving people the opportunity to work the championship tournaments as well.

“Getting the opportunity to work an event this big was an amazing experience and one that I will never forget. Working the MAAC Basketball championships was eventful and I was lucky enough to go,” McNair said.

With the sports season coming to an end, most broadcasts are over, but catch back up with them in the fall and keep up with the broadcasts when they start back. 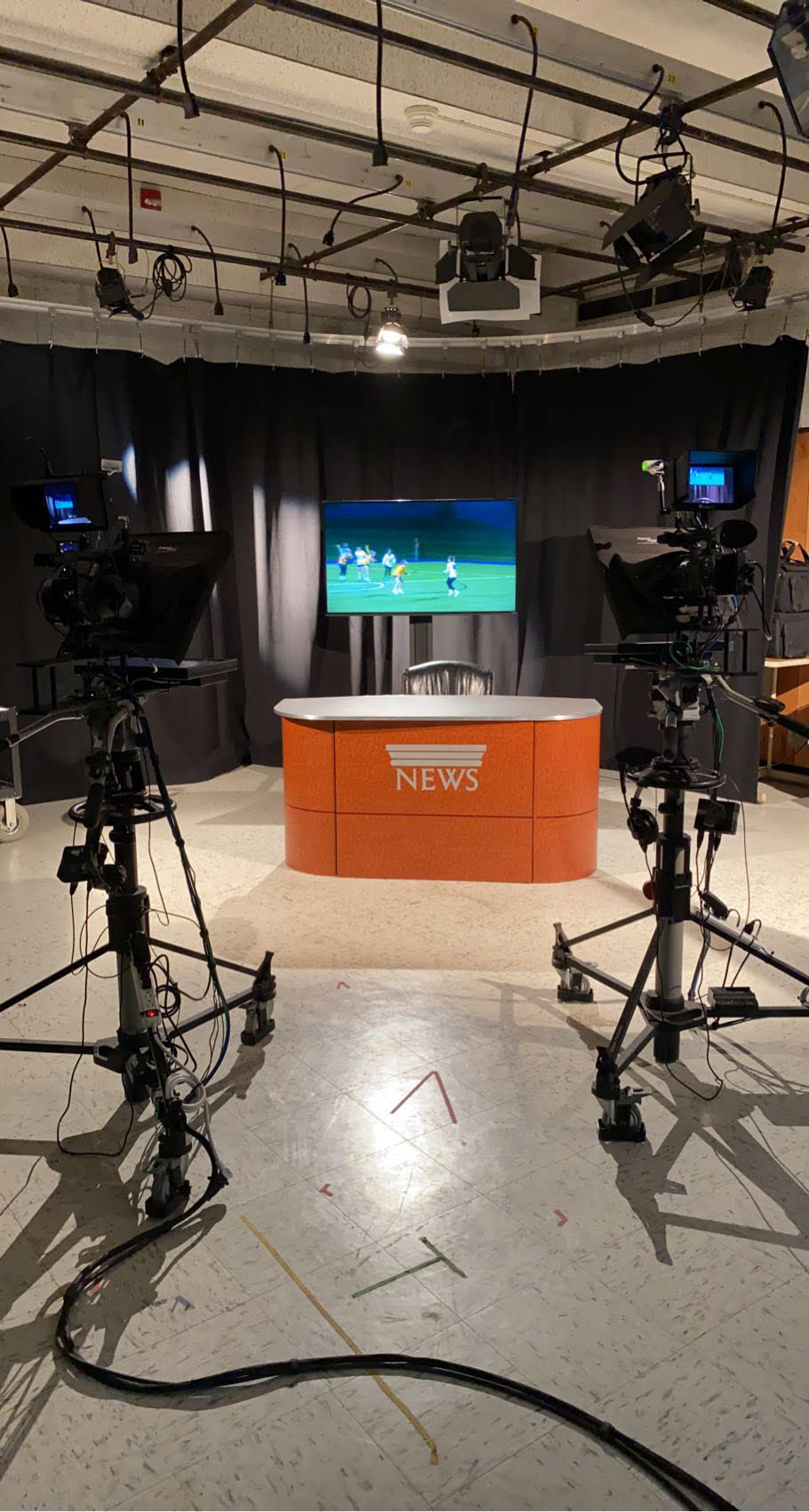 Watch some of the broadcasts: