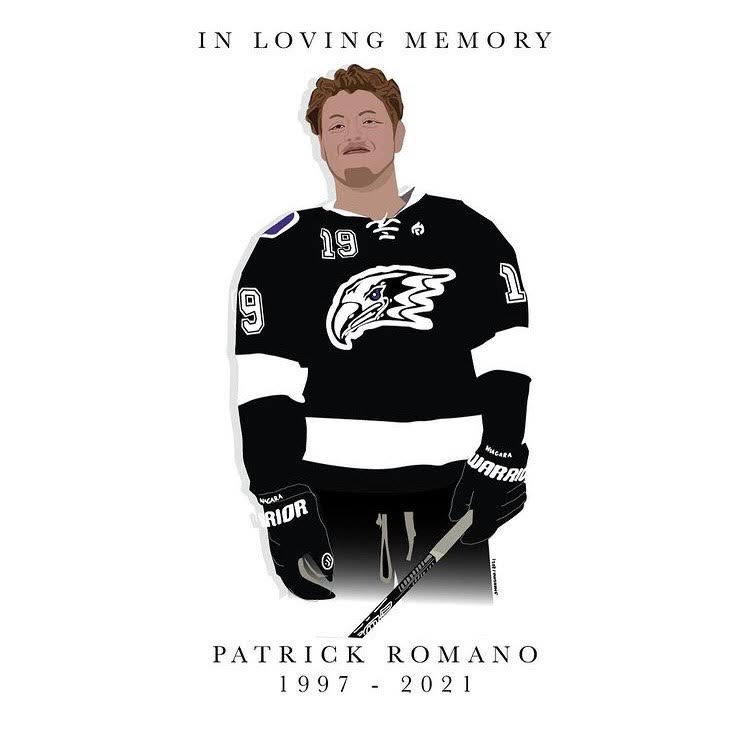 Patrick Romano, 23, was a college hockey player at Niagara University. Tragically and unexpectedly, in the early hours of the morning on March 27, Patrick passed away in a fire in his off campus house on Wyoming Avenue in Niagara Falls.

Patrick was a junior from Toms River, New Jersey. His tragic passing was publicized and took the community by storm, touching the hearts and lives of many, not just those who knew him.

Since the incident, the support from the local community and university has been nothing short of amazing. There have been fundraisers, religious services, and even a candlelight vigil on Niagara’s campus in memory of Patrick. “Spittin’ Chiclets,” a popular hockey podcast with hundreds of thousands of listeners on the Barstool Sports network had mentioned Patrick in one of its recent episodes and honored his memory.

It isn’t often that one singular person can rally an entire community and university behind them, but in the case of Patrick, it has been different. The memory of Patrick’s glowing grin, contagiously positive personality and fun-loving persona will live on forever. Patrick will be remembered for so much more than just being a beloved hockey player and student. Patrick was a brother to his teammates, and all of those who knew him. He was, without question, one of a kind.

Not only was Patrick one of the most kind-hearted, genuine people, but he was also what he referred to as “a mama’s boy.” The relationship between Patrick and his mother, Charlene, was about as close of a relationship a mother and son could have. Not only was she his No.1 supporter, but also his best friend. She would often make the seven-hour trip from New Jersey to Niagara to watch almost every home game he played in.

Patrick also loved the New York Jets and Philadelphia Flyers sports organizations. He would watch every game, despite the struggle both teams have gone through in recent years. Patrick and his mother would text about every play that happened in every game they watched.

Anybody who knew Patrick will forever have a soft spot in their heart for these two sports organizations. It may be a long time, but the day either of them win their respective leagues, Patrick will be smiling down on us all.

It’s not hard to realize that Patrick’s kind, loving heart was something he got from his mother, Charlene. She treated every one of Patrick’s friends with the love and respect Patrick showed to anybody that he met.

Patrick’s best friend and roommate, Curtis Acker, had this to say about him and his mother: “Pat and I’s relationship was special in the fact that I never had someone I clicked so well with after first meeting them. I got to meet Patty’s mom, Charlene, on a road trip in Cortland and soon figured out why he was the kind of person he was. It was because of his mother.”

He then went on to say, “ I’d hear him on the phone with her for at least two hours each day. It was an honor to be his best friend while he was here in Niagara. However, if he had a true best friend, it was her.” 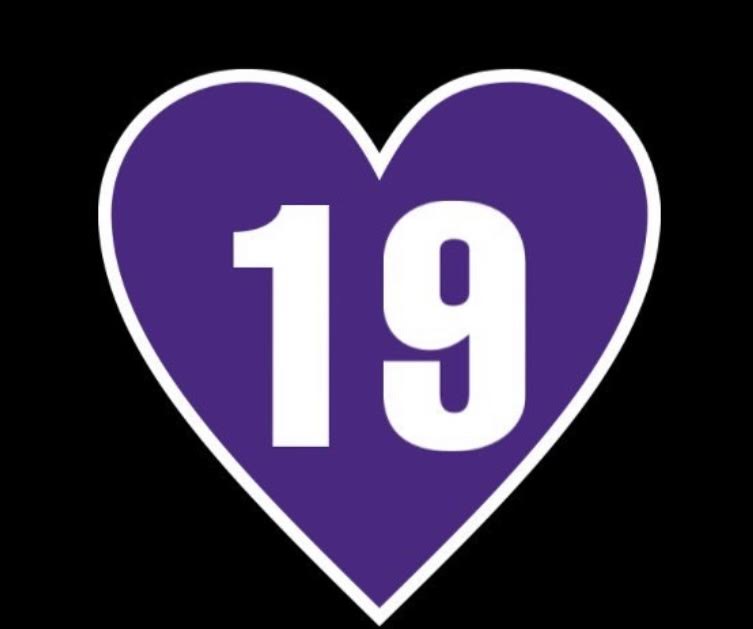 Patrick played hockey his entire life growing up. He played varsity hockey at Toms River High School East, and for various junior teams later on, most recently with the L/A Nordiques of the NA3HL. Eventually, Patrick landed a roster spot on Niagara University’s ACHA Division I squad.

As a player, Patrick played a very physical role as a defenseman. At 6’2, 230 pounds, Patrick was hard to miss when he stepped foot on the ice. He excelled at filling his role as a rough and tumble defender and feared no one.

He was the kind of player who put the guys to the left and right of him ahead of himself at all costs. If the opposing team took a cheap shot at anyone of his teammates, Patrick never failed to do something about it. This was rather ironic, however, because off of the ice Patrick was the complete opposite.

Patrick was also a guy that his teammates could go to off of the ice, for anything, not just hockey. He welcomed everyone with open arms.

“There’s so many things I could say about Patty,” said Niagara sophomore forward, Luc Cross, “But the one thing that stood out to me was how kind he was to everybody he knew; it didn’t matter how close you were to him. He was truly a light in the dark.”

On Monday, April 19, Niagara University held a candlelight vigil in honor of Patrick’s life in front of the Castellani Art Museum. Due to COVID-19 restrictions, only people who attend Niagara University were allowed to go, but the turnout was still massive. Father James Maher read passages from the bible and those in attendance sang some beautiful songs during this sad but serene evening. Patrick’s hockey coach, Tom Mooradian, also gave a speech where he said some things about the type of person and player Patrick was.

“Pat Romano will always be remembered as the most incredibly genuine human beings to ever step foot in our locker room.”

He also stated that the team will be wearing purple hearts with Patrick’s number, 19, centered on them on the team’s jerseys for the entire 2021-22 ACHA season.

“Patty, we love you. We miss you. You truly were too good for this world. We’ll be wearing that No. 19 purple heart with pride throughout the entirety of next year.”

In the days following Patrick’s tragic passing, the community had heard his story and insisted on doing anything they could to help support Patrick’s family and friends. One of the most notable things was a GoFundMe fundraiser that was started online in his memory, with 100% of the proceeds going to Patrick’s beloved family. An excerpt from the fundraiser page read, “Pat Romano was the most pure hearted and amazing person this world has ever seen. He never failed to make everyone around him smile and laugh. Your legacy will live on forever.”

The fundraiser has now raised over $43,000 total in the short amount of time that it has been up. Many of the donations that had been made ended in the number 19 as a tribute to Patrick. Donations have come from anyone and everyone who has been touched by Pat and his story, from his closest friends to complete strangers, the community has truly made a difference.

Forever In Our Hearts

The loss of Patrick Romano is a terrible tragedy that has affected his family, friends, coaches, teammates and the entire communities of both Niagara Falls and Toms River. The amount of lives Pat touched in his short time here is nothing short of amazing. He was a light hearted, genuine soul who passed too soon. He will be missed but always remembered. Patrick made a bigger mark on this earth in 23 years than most people make in 90 years.

For more information, check out the links below to the fundraiser for Patrick’s family and to Patrick’s obituary.