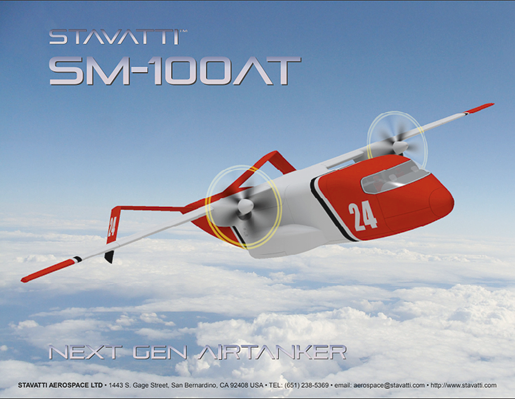 A site plan from Stavatti Aerospace Ltd. to begin initial construction and repairs at the former Army Reserve base located in the municipality was approved by both the Town of Niagara and Niagara County planning boards last week. The approved plans allow Stavatti to begin remediation efforts to bring building No. 4, a 37,500-square-foot hangar, up to code.

Stavatti completed the purchase of the property last November with the intent on turning it into what is now dubbed the SNAPPER (Stavatti Niagara Aerospace Prototype Production Engineering and Research) facility.

Per the town’s Planning Board minutes, Stavatti Niagara CEO John R. Simon said the repair work on the hangar site was being expedited in preparation of “customers that will be coming in at the end of April 2021 and the first part of May.” He went on to say the company had “bought a facility that needs a lot of work that the U.S. government chose not to have in code, whether it be Town of Niagara, New York state or federal, and they need to move rapidly.”

Additional phase 1 plans call for the repairs of building 21, which features 13,000 square-feet of office space where the company’s offices reside. Furthermore, buildings 9, 23 and 26 were approved for demolition, with building 26 set to occur this week and the final two set to be demolished next week.

In a press release this week, Simon said, "Stavatti has an uphill challenge to meet the needs of the global aerospace community and their very special needs of fifth- to sixth-generation aircraft. We will meet those needs at the SNAPPER facility with the help of our stakeholders.”

He thanked both planning boards as well as the Niagara County Industrial Development Agency, Niagara County Legislature and Invest Buffalo Niagara. Simon said, "In addition, we have received significant support from our local state representatives, Assemblyman Angelo Morinello and NYS Senate Minority Leader Robert Ortt. … Legislator Christopher A. Robins, who represents the district in which the facility is located, joined with Legislature Chairwoman Rebecca Wydysh, Niagara Falls 3rd District Legislator Mark Grozio, and the full legislature In carrying a resolution of support of Stavatti.”

In other Stavatti-related news, an April 15 article from Taiwan News titled, “Taiwan’s development of next-generation fighter ahead of schedule” featured a concept illustration of the country’s potential new fighter jet. Although the exact image does not appear on Stavatti’s website, the aircraft appears most similar to the Stavatti Javelin LF.

Asked if this was one of the aircrafts being designed at the SNAPPER facility, Simon said he couldn’t discuss the matter, but confirmed the article was accurate.

“Right now, we're under a nondisclosure agreement,” he said. “The Taiwan news article is accurate; that's really all I can explain about it. That is our aircraft; it has been renamed. … We can’t go into the details of any type of program or project that we have with any of our customers, including any customers in Taiwan.”

Stavatti’s Military Aerospace division is allowed to market, sell and manufacture aircraft for the U.S. and NATO members with approval from the State Department-Directorate of Defense Trade Controls.

Simon confirmed the SNAPPER facility will see the production of the Stavatti SM-100AT – a “fire bomber” used to help slowdown or knockout forest fires. It also can transport cargo or 72 passengers.

“That's one that is in high demand around the world, and we will prototype that here and build it here, too,” Simon said. “It's a fantastic aircraft, slightly smaller than a C130; much-less expensive and much-less expensive to fly; and obviously, it has a very worthy purpose in helping to fight forest fires.”

Since the beginning, the aerospace manufacturer has said it expects to employ more than 600 employees at its current site. Asked about when those jobs could be expected to materialize, Simon said the company was conservative in its hiring commitments for this year, but expects to begin fulfilling some administrative positions as early as May.

“This year, we've made an extremely conservative commitment of 42 employees,” Simon said. “I suspect it's gonna be a much higher number. The 42 people (mentioned) are primarily administrative, so we need our machinists, mechanics and a lot of other more technical people this year alone. So, I expect that we’ll begin hiring probably next month, that would be the month of May ... working on that administrative type of activity. As the aircraft come in here, as well as when the engineers begin taking all of the engineering that we've already done on their aircraft – and we've done a tremendous amount of engineering already; that's basically how you market and sell a prototype. So, we'll be building those prototypes here and we'll be slowly, during this calendar, 2021, bringing on people to fulfill those particular types of needs.

“But again, going along with what we submitted to the Town of Niagara, we need to get our hangar fully operational first and we can move a little bit more fluidly as we begin the design work of the office space, which we’ve just barely begun and that's gonna take some time.”