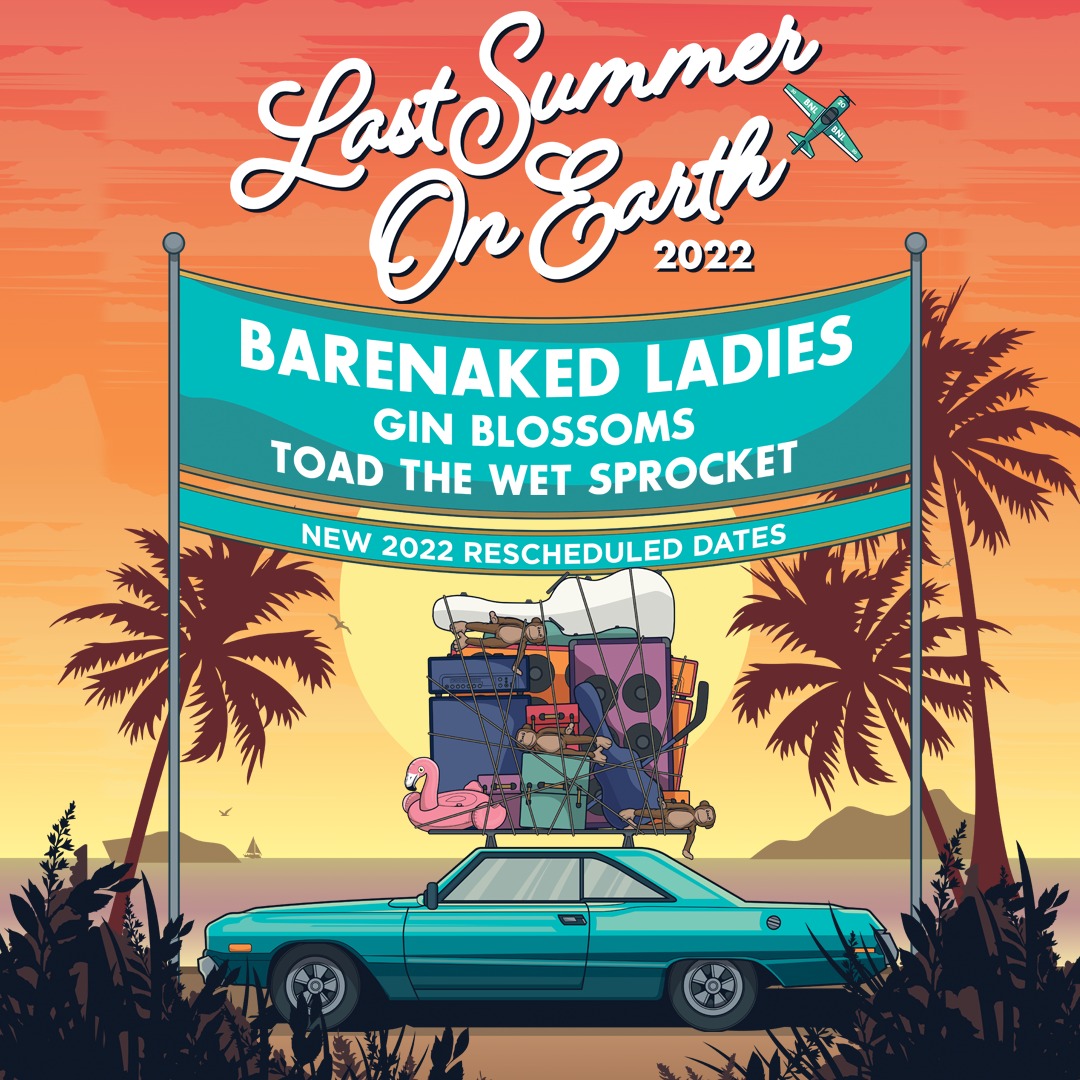 BNL will be back. (Images courtesy of Magnum PR)

Barenaked Ladies to perform at Artpark in 2022

Multi-Platinum band Barenaked Ladies will return to Artpark in Lewiston to headline a “Tuesdays in the Park” concert on July 5, 2022. The show was originally scheduled for the summers of 2020 and 2021, but was delayed due to the ongoing coronavirus pandemic.

The band announced it is rescheduling the extensive “Last Summer On Earth” Tour to 2022. Members shared a special video for fans about the postponement HERE.

All previously purchased tickets and VIP packages will remain valid for 2022. Fans can check the routing and contact the original point of purchase for any questions.

Artpark & Company Vice President of Concerts and Marketing Dave Wedekindt said, “Patrons have the options to keep their tickets for the new date, donate their tickets to support our nonprofit work, or obtain a refund. Ticketholders have been sent an email with further instructions. If a ticketholder for either of these two shows hasn't received an email they can contact us at [email protected].”

BNL released the upbeat new single and video "Flip,” their first new music in four years from the upcoming 16th studio album, “Detour de Force.” The band is set to perform the new single Friday, April 16, on NBC’s “Today.” This will be followed by a global streaming event, “Flip n’ Hits with BNL: A Night of Monster Jams of Pandemic Proportions,” to air “Sessions on Saturday” at 9 p.m. ET April 17. The show will be 60 minutes of the band’s greatest hits, including “Flip.” Singer-songwriter KT Tunstall will appear as a very special guest. 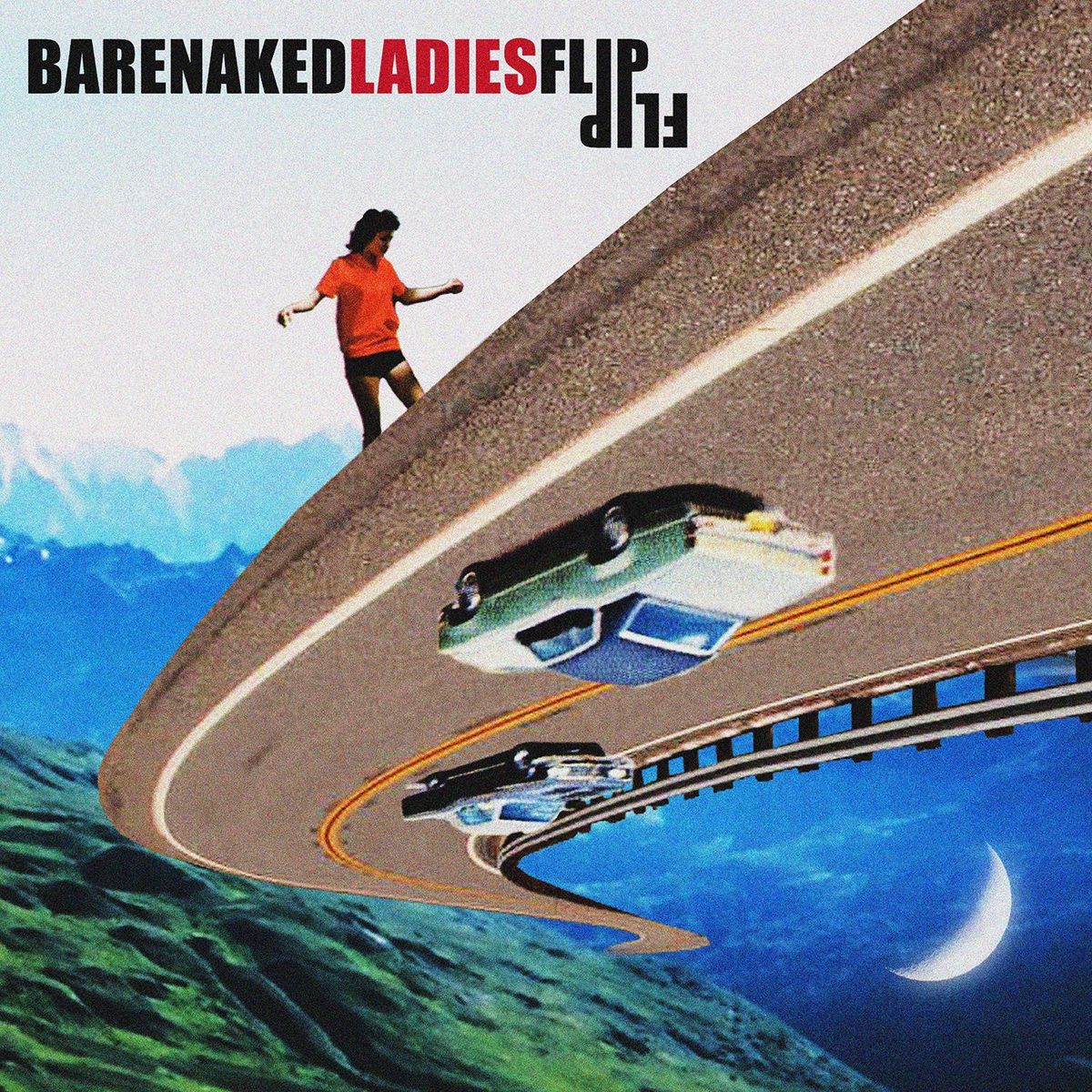 The recording of “Flip” has been a major journey for Barenaked Ladies. Originally, the group began work on new music before the pandemic, but quarantine forced the quartet out of the studio and into members’ respective homes.

A press release stated, “The last year has been one of major changes and ‘flips’ for the world, and the new music reflects that. At first listen, ‘Flip’ is an upbeat, trademark Barenaked Ladies classic filled with new sparks and fresh flavor. However, with further inspection, listeners will note its nuanced take on the human psyche, conflicts in our communities, and the many ‘flips’ that have occurred all over the world during this last year. The stop-motion animated video, created using original paper models and directed by Stefano Bertelli, follows the band on a colorful pop-up book journey through an amusement park full of surprises.”

In an interview with Consequence of Sound, lead vocalist/guitarist Ed Robertson explained, “ ‘Flip’ is about being open to other perspectives. We live in a time where people seem to just dig deeper into their own trenches, without any willingness to see another viewpoint, or even engage in discussion. … It’s all yelling, and no listening. I like that saying, ‘We were given one mouth, and two ears, and we’re supposed to use them proportionately!’ ”

In the meantime, BNL prerecorded a safe and secure livestream concert event for their fans to air this weekend. For “Flip n’ Hits with BNL,” the band returned to the historic Danforth Music Hall in Toronto for the first time in 30 years. The concert will stream at posted show times and will not be available to view after the event.

Hosted by SESSIONS, tickets start at $15, and ticket bundles with exclusive commemorative merchandise are available to purchase HERE. As part of the bundle options, the band will participate in a post-show virtual Q&A. The concert will be jam-packed with favorites, including “One Week,” which has been featured on late night TV for Jimmy Fallon’s song about President Joe Biden on “The Tonight Show,” and for “Late Night with Stephen Colbert’s” rendition “It’s Been One Year Since I’ve Been Outside.”  Reminisce with “Pinch Me.” Dream big with “If I Had $1,000,000.” Get cozy with the TV for the catchy “Big Bang Theory Theme,” and enjoy other musical treasures.

For more information on all things Barenaked Ladies, visit their website and stay connected via social media.

Over the course of a remarkable career, BNL has written a variety of top 20 hits, including radio staples “One Week,” “Pinch Me” and “If I Had $1,000,000”; garnered two Grammy nominations; won eight JUNO Awards; had Ben & Jerry’s name an ice cream after them; wrote and recorded the theme song to the TV series “The Big Bang Theory,” participated in the first-ever “space-to-earth musical collaboration” with astronaut Chris Hadfield; was inducted into the Canadian Music Hall of Fame; received a proclamation from Toronto Mayor John Tory declaring Oct. 1 “Barenaked Ladies Day”; and had a custard flavor named for them at Hibbard’s Original Frozen Custard in Lewiston (“Big Barenaked Bang”).

The Tedeschi Trucks Band “Wheels of Soul Tour” scheduled for July 13 at Artpark also has been postponed to 2022.

Wedekindt said, “We're awaiting further direction from other artists currently on the schedule and will share updates as soon as we can.”

“Even though several larger tours have already been postponed to next year, people can still look forward to a very exciting, diverse and busy summer at Artpark,” he added.