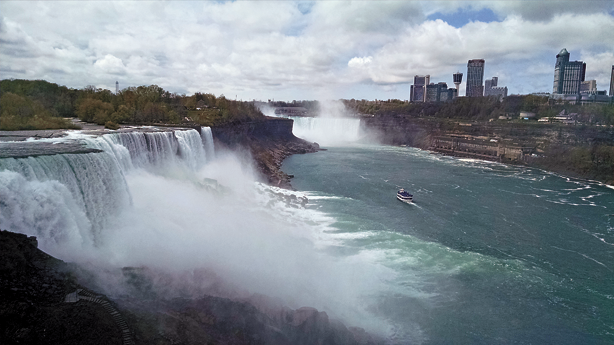 John Percy and the Destination Niagara USA team hosted a webinar Wednesday to provide an update on travel, tourism and marketing in what will hopefully soon be a post-pandemic world.

“This week represents the one-year anniversary of when our world literally shut down, and the travel and hospitality sector has taken the largest brunt of the biggest decline we’ve seen in history,” the agency president and CEO said. “But as we have witnessed in past crises, our industry is always the hardest hit – but always the quickest to rebound – and we are seeing that weekly through traveler sentiment surveys and the pent-up demand that is building. I do look forward to those flood gates opening real soon.”

The coronavirus has forced people to work from home and on their computers. That habit seems to be sticking, as conference-type events have yet to rebound.

Vice President of Sales and Marketing Julie Gilbert cited a “most concerning” Destination Analysts report that found “53% of business travelers currently agree they hope to not travel as much for work as they did prior to the pandemic.”

She said a 360-degree video email was created and sent out within the industry to highlight safety initiatives and downtown meeting spaces, as well as concession promotions “to hopefully entice planners to book future business before the end of 2021.”

Director of Travel Trade Sales Tina Mt. Pleasant said tour operators were polled during a webinar series, and “70% of them (50 total) replied that they were, indeed, planning on sending travelers here in 2021.” 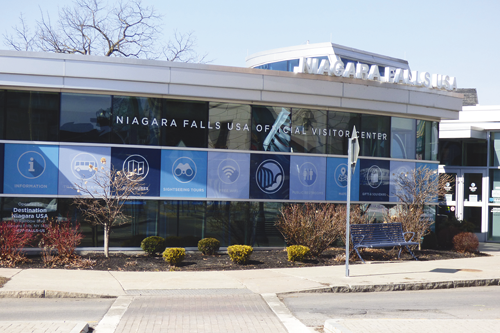 Even more encouraging is the uptick in recent hotel stays.

Though the Canadian border remains closed, Gilbert referenced a Longwoods International travel sentiment study and said, “Americans are increasingly showing signs of dreaming and planning travel, yet still leaning into those pandemic protocols.”

As such, Destination Niagara is looking to draw people from New York state and markets within an eight-hour drive. Marketing will center on “staycations” and shopping at locally owned Niagara Falls USA merchants.

Beginning March 22, residential gatherings of up to 25 people can be held outdoors, and social get-togethers can climb to 100 people indoors and up to 200 people outdoors.

“I know that even the couple festivals in Buffalo have announced that they will be up and running,” Percy said. “I think it’s so fluid that we take this day by day. …

“It changes on a day-by-day basis – and it’s only March, so everything could change – especially with the uptick in vaccines and so forth. But please go to New York state sites. Those are updated pretty frequently; but we’ll make sure any new information is sent out to our mass-mailing list.”

He added, “We do look forward to (events returning). I know restaurants have been increased on March 19 to 75% of indoor capacity, which is a great sign. So, again, I think we’re starting to see things loosen up, and signs that we will get back to some normalcy. I don’t think we’ll be 100% over the summer, but far better than we were last summer.”

The Conference & Event Center Niagara Falls, a popular site on Old Falls Street – and right in the heart of the downtown business and tourism districts – recently was named a coronavirus mass-vaccination site. Dates and times have yet to be announced.

“I think, Old Falls Street, they were looking and still watching the fluid activity,” Percy said. “They were worried about hosting events on Old fall Street, just with the restrictions that have been in place. So, I think they’re, again, trying to stay fluid and watch it on a day-to-day basis.

“The vaccination site would be indoors, of course, and I don’t think would impact any activity or activities that are taking place out on the street level.”

Gilbert also spoke of the Niagara Wine Trail. She called it “a very important asset for the destination all seasons. It really provides us additional product to sell and promote … because there’s always something to do.”