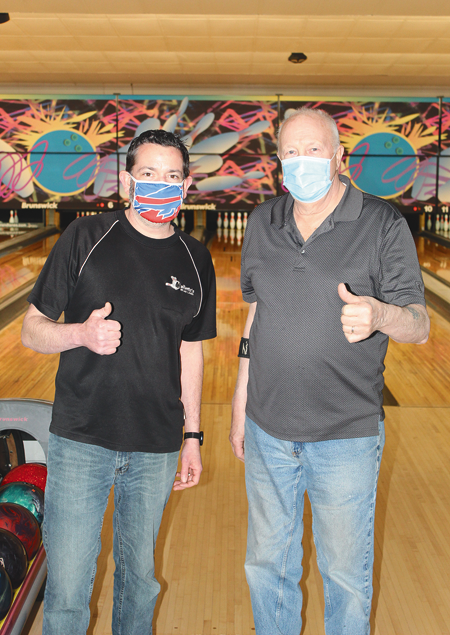 Mallwitz Island Lanes is bringing back its popular Cosmic Bowling this weekend, now that a curfew has been lifted with the winning of a second lawsuit against the state by local restaurants, bars and dining establishments.

Acting Supreme Court Judge Timothy Walker on Feb. 27 issued a preliminary injunction for some 90 establishments involved in the lawsuit, allowing them to stay open past 11 p.m. The statewide curfew had been put in place by Gov. Andrew Cuomo to help minimize the spread of COVID-19.

Island Lanes Manager Mike Mallwitz was surprised at the timing.

“We didn’t even know when we joined the restaurant lawsuit that they were going to take it further. So we won the first lawsuit that made us be able to do indoor dining and drinking. Then they took it one step further and we were able to be open past 10 o’clock for four days. Then another judge overturned that. So, it’s been a constant fight,” he said.

“They just went back to court Friday, and the judge gave his order Saturday night. Now we, along with, I think it’s 96 or 97 other restaurants, are able to be open until normal closing time before all this happened, which would be 4 in the morning, if we decide it.”

With the curfew lifted an old-time favorite activity can start back up this Friday and Saturday.

“We always did Cosmic Bowling. People have been asking, almost every day, ‘When are you going to bring back Cosmic Bowling, the fun bowling with the all the black lights and everything?’ ” Mallwitz said.

As evidence of the pent-up demand, Mallwitz said the lanes are filling up for the popular weekend activity. “Because of the restrictions and we can only use, basically, every other lane, we’re doing reservation only, and we already have six reservations for the weekend, and it’s only Tuesday,” he said.

The pandemic has been hard on businesses, and Island Lanes is no exception.

“It’s been a lot of work. It’s been terrible as far as total business goes. But the one thing we did notice, immediately, right away, from literally Day 1 of this whole thing, was how awesome Grand Island is. The residents of Grand Island really supported not only us, but all the other businesses on Grand Island, which was amazing and we’re super thankful for it, and it was much needed.” Mallwitz said.

“We want to send out a big thank you to every single person on Grand Island, because they’ve been nothing but supportive throughout this whole thing. The last two weekends, we were completely full on reservations during the day for open bowling.”

For open bowling, Island Lanes is charging $20 per lane per hour for all you can bowl, up to six people. You can add time if you need in increments of 15 minutes for an additional $5. The late-night Cosmic Bowling is $25 an hour. Shoe rental is $3.50. Both open bowling and Cosmic Bowl are by reservations only.

For more information on open bowling or any weekend event, contact Island Lanes’ Facebook page or call them at 716-773-0062.